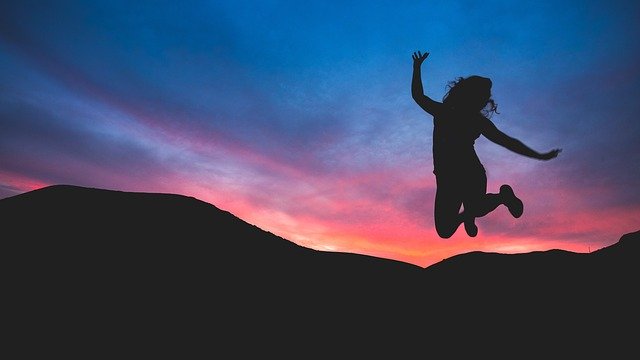 Laughter is a welcome guest in any home. And if you began to miss him, then it’s time to watch a fun movie. By the way, watching it together is doubly useful. After all, everyone knows that life’s troubles run from smiles as from fire.

We put together wonderful films for you. May there be more joyful moments!

Jean-Marc is most interested in business and his own whims. In pursuit of profit, he deprives an entire factory of earnings. And while celebrating the signing of the contract, he forgets about the wedding of his daughter. But he loves his baby, so he tries to settle everything and hurries to the road. In the meantime, Marie sets off on the road, believing from childhood that somewhere there is a prince on a white horse. Really?

Samuel’s life is a carefree series of parties and walks with friends on the owner’s boat. But suddenly a girl comes to the pier, who has absolutely incredible news for the main character. And this changes his fate forever. You will not regret a moment if you choose this comedy drama.

Round-faced bully Ricky urgently wants to reeducate. Social worker Paul takes him out of town to a married couple. When his adoptive mother Bella dies, the specialists decide to take the boy back. And he runs away into the forest. And Huck, Bella’s unsociable husband, goes in search of him. But Paula makes a fuss and urges everyone to find the “poor boy” and his “seducer.” The hunt begins!

Benny Black has been following a crime syndicate for many years. Suddenly, his niece is kidnapped by members of this gang. He rushes in search, and fate sends him a dubious assistant – an American swindler. But he has important information. It seems that they cannot avoid the most curious collaboration in their life. This comedy will delight everyone who misses the game of Jackie Chan.

Hologram for the king

Another good movie with Tom Hanks. Alan Clay saw the meaning of life in family and work, but one day his world cracked. Problems one after another, and he urgently needs to pay for his daughter’s education. Vicious circle? But not for Clay. He hurries to Saudi Arabia with a bold idea. And while he is waiting for a meeting with the king, amazing people begin to appear in his life.

It turns out that not only cats have 9 lives. The hero of this comedy is one of those. Bailey’s dog did not live long the first time. But for the second time, the golden retriever was much more fortunate. Probably, this is the kind of comedy you were looking for to watch with children.

This tragicomedy is full of charm. The heroine Meryl Streep is a girl from a wealthy New York family who has everything but dreams of singing in the opera. True, Florence Foster Jenkins has no hearing and no voice … But will she ever know about it? By the way, Hugh Grant played the role of her charming husband.

Once upon a time there was a man who was diagnosed with multiple sclerosis, and he could not walk even 100 meters. However, our hero did not give up. And he set himself an ambitious goal – to overcome hundreds of kilometres. This touching comedy drama, based on real events, teaches you to resist adversity and fight for yourself and loved ones.

Blast from the past

Adam Webber is a wonderful guy, but by a ridiculous coincidence, his childhood and youth are spent in a bomb shelter built by his dad, a scientist. He does not know anything about the world above, but deep down he dreams of seeing with his own eyes everything that he knows only from the stories of his parents. But what to say, naive and sincere Adam has never seen a girl in his life. And one day something incredible happens!

In a family where 3 generations of wives are concerned about the observance of all points of the “ideal marriage”, the keepers of the hearth are better informed in everyday matters. And, it seems, in all the others too. At some point, Jan Berger realizes that he is not living his own life. What to do? Resolved: he is preparing an escape, which he will carry out in a very unusual way.

This story about a kind woman and an astronaut is full of warmth and funny scenes. Watching the characters, you again realize that life is not so harsh when there is at least one person nearby who understands you. Someone who, but the French know a lot about comedies. A little laughter, a little sadness, a handful of smiles – and another masterpiece is ready!

Once upon a time in a town on the island of Newfoundland, life was raging. But over time, it became empty. True, there is still a factory here, but how to keep jobs if there is not even a doctor here? And then the locals, led by French, decide to find some doctor and make him stay with them forever. And for this, we urgently need to create a city of dreams!

Many is new to school, so he wants to make friends as soon as possible. But something went wrong. His beloved dog Rufus finds some kind of magical amulet that the boy tries on around his neck. They suddenly change places. What to do with this now? No exit. The next day, Many brings Rufus to school …

Fantastic love and where to find it

They say that in our extraordinary world all events are somehow connected with each other. A small stream turns somewhere into a huge river, and the cute fantasies of one inconspicuous girl suddenly change the lives of the people around. And they suddenly notice that everything around them takes on bright colors! This kind comedy fills the heart with light and warmth. 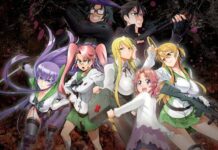 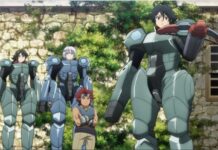