Minecraft has been one of the biggest games in the world, and you can do anything in this game. Still, there is a lot to add, and that’s why we will list Minecraft’s best weapon mods to make your gaming experience even better than before, so get ready for the best weapon mods of Minecraft.

I love the movie Spartan, and maybe that’s why I am starting with this ModMod. It’s not just only because I love the movie and spartan way of fighting, but the ModMod is actually replicate the way Sparta warriors fight.

There are many spartan weapons you can choose from, which are swords, javelin, arrows.

This Mod is really great and fun, but if you think yoyo can’t hurt anyone, then you are wrong. It is also a really powerful Weapon Mod that can destroy anything.

So, basically, you’re bringing the Crysis environment into Minecraft, allowing you to try out new weaponry and join the fight against the Ceph.

The ModMod adds a tonne of new weapons and even lets you choose whether the faction war is still going on or if you want to put it on hold.

Enter the conflict and escape being killed while firing a new arsenal of weapons, all of which can be controlled, including those belonging to the aliens.

Technically, this isn’t a weapons-only mod.

However, I include it on the list since I know you’ll enjoy it if you’re searching for a shooting experience.

Minecraft is turned into a zombie survival game with this ModMod.

As you decide whether to side with other people or betray them for personal gain, you will encounter new opponents and arduous objectives.

It’s a complicated mod that also includes a new map. With this, you’ll be able to experience a one-of-a-kind, gore-filled adventure in which the sole goal is to survive.

Let’s have some fun and make some unique weapons.

And when I say “custom guns,” I’m not joking.

The weapons can be customized in any way you choose, from the design of their magazines to the barrels they have.

It’s up to you to create and wield your ideal weapon in battle.

This mode allows you to use equipment that is normally associated with RPG classes.

It also has a few embellishments, but its major purpose is to act as an overhaul, allowing you to choose custom races and play the game as if it were a genuine RPG.

Can life be any better with Minecraft and RPGs?

The Elemental Items mod isn’t designed to change Minecraft weaponry in any way.

Instead, it expands the game’s arsenal with new guns, tools, and armor.

Each set is based on a fundamental element, such as fire or water, that moves through the air (excuse my classy pun).

You’ll be able to make a variety of sets, each with a distinct level of durability. Each of the swords created with this mod pack deals different forms of damage, and some pickaxes can mine quicker than others.

It’s a complete makeover of the item log, with plenty of new features to keep you occupied for weeks.

Let me pause you there if you’re an Overwatch fan.

Please go to this Mod’sMod’s page right now and download it.

In Minecraft, you’ll be able to use all of your favorite Overwatch characters, as well as their weaponry.

Make bespoke sets of armor that look like your favorite characters, or simply utilize weapons that have the same effects as the popular Blizzard game.

This ModMod adds a slew of new weapons and tools to the game, all of which are inspired by vanilla Minecraft components.

Make axes out of magma or use glowstone to create new battle equipment. There’s a whole new world of possibilities for you to explore!

At first, I was perplexed as to why this ModMod was dubbed “Gods’ Weapons.”

What, after all, qualifies a weapon in Minecraft as godlike?

This was a quick response to my question.

However, you won’t only have access to the gods’ abilities.

You’ll also be able to wreak havoc on your foes with the wrath of demons, thanks to Hades’ own instruments. So there will be some mixed sentiments about this one.

Do you enjoy the Elder Scrolls series? I feel the same way! And the goal of this ModMod is to make Minecraft look as much like Skyrim as possible.

With this add-on, you’ll be able to make several of Skyrim’s weapons. Even though the ModMod is still in development, you should soon be able to employ the magical powers of TES to cast spells on creatures.

Create products with Daedirc elements, obtain a Daedric Heart, and reap the rewards of having two of the best fantasy worlds on the planet merged in a single crossover gaming experience.

This enormous Mod is intended to be played in peace since all of the game’s content should continue to spawn. As a result, you won’t have to be concerned about any vanilla overtones.

In any case, you’ll be thrust into a completely new world loaded with hazards you may have only seen in the Star Wars universe.

Take out a blaster and begin to work.

Alternatively, grab a lightsaber and annihilate your adversaries.

This isn’t exactly a detailed weapons mod, but it does include many of the weapons that we all know and love from the Star Wars world. Thus, it has earned a place on my list.

As the name implies, you will be entering a universe filled with various unique artifacts and ores.

As well as new weaponry that can be seen and discovered in some of the world’s most popular anime programs.

This also includes a craft guide, so you’ll always know what to use to make your favorite products.

How great would it be if Minecraft had contemporary weapons?

This Mod’sMod’s author thought it would be a lot of fun, so he’s added dozens of additional guns to the game.

Minecraft will make you think it’s a real warzone, with weapons ranging from SMGs to heavy missile launchers.

As if they were troops, you’ll be able to slay mobs.

The ModMod also includes a few energy weaponry designed to appeal to those who want a less realistic and more futuristic approach to combat.

Grab a laser and use a single blast to demolish your opponents. Alternatively, grab an SMG and annihilate them the old-fashioned way.

You get to choose whatever strategy you wish to use today.

Minecraft might not seem perfectly suited to be a first-person shooter.

But you will completely change the way you think if you try out this ModMod.

It adds new game modes, which include team deathmatch and FFA.

You’ll be able to play against mobs or simply kill other players in MP servers, all while gunning for victory.

The creators of ModMod say that this is the best weapons mod in the community.

I’m not sure of that, but I sure as hell love what this brings to the table.

Better Guns for The Gun Mod

This ModMod now adds more than 30 new guns to the game. This is a great time, tootin’!

You’ll be able to make them quickly and utilise them in any way you choose.

Obtain a sufficient supply of bullets and begin shooting adversaries who will be rendered helpless in the face of your new mighty artillery.

Also, make sure to utilise as much firepower as you can– you don’t want those pesky spiders to return for vengeance.

This ModMod adds additional weapons, vehicles, and Star Wars-themed items to the game!

Personally, I am a huge fan of the Star Wars franchise.

So, even if it wasn’t really good, I would have added this ModMod to my list. But don’t worry — it’s actually rather good.

It’s a shame that projects like these appear to fizzle out just as they’re about to reach their full potential. But, hey, at the very least, we get to play with the beta version.

For the record, the beta version of Minecraft may still be played in the most recent version of the game.

You’ll also get some cool pieces of artwork with this installed. Add personalised banners to your base to represent the Rebel Alliance or the Galactic Empire.

Am I seeking massive artillery and war weapons capable of obliterating anything in their path?

You’ve finally met your match. This ModMod adds a slew of tanks and war machines to the game, and you’ll be able to ride them to battle (or to use them against zombies).

You’ll get the hang of it very soon once you start into it.

And I’m confident you’ll like this ModMod as much as I did.

It’s pretty astonishing what can be accomplished in Minecraft when a skilled modder sets out on a quest to produce something worthwhile.

This fantastic ModMod transforms Minecraft into a Call of Duty spinoff.

You’ll be transported back to the days of WW2, and you’ll have to use all of your cunning skills to survive.

Select your favorite game mode and dive into war by wielding one of 50 guns added with this fantastic war mod.

Battle on many historical conflicts and experience what it may have felt like to be part of that time in history. Only, with Minecraft.

Tetra is an excellent mod that allows you to modify various game goods and weaponry.

It does, however, allow you to use a special crafting table to assemble bits of various products.

You could, for example, take a diamond sword and strengthen it by combining it with other elements. Isn’t it cool?

The ModMod genuinely elevates personalization to a new level.

While it isn’t one of the more well-known mods in the community, it is nonetheless a terrific mod that I strongly suggest you try.

Age of Weapons is by far the largest weapons mod ever created for Minecraft, adding a total of 290 objects to the game.

Weapons dating back to the Middle Ages will be available, as well as weapons used as recently as colonial times.

In addition to everything in between.

It’s up to you to pick and choose which ones to use.

Unfortunately, this ModMod does not have any wild assault rifles. If you want more high-tech features, you’ll need another mod.

However, it does come with new resources and equipment that will allow you to construct each and every one of these wonderful weapons, so if you’re a lover of the classics, you should absolutely give it a shot.

What is Minecraft weapon mod? 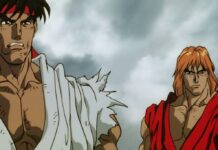 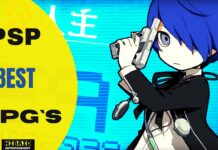 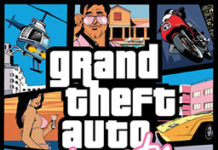 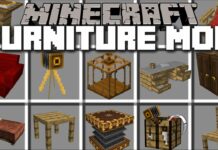