This is not the happy anime list because it is the Best NTR anime you will love, even though it’s not really a good genre.

In Japan, hentai-involved genres are really famous, and many people love to watch them even outside Japan. There are lots of fans who like to explore them.

Anime fans make any anime great or worst, it’s all about how the fans will love the plot and the anime, and if you talk about NTR, then not many people are a fan of it still. It’s one of the famous genres.

It is not an anime, but I still want to mention this manga because the genre is NTR, and also it is one of the most famous and best manga which have this genre.

The manga is about two high school teenage girls who are childhood friends, Hotaru mizushina and Yuma Okazaki.

At first, Yuma is the one who thinks that the bond between her and Hotaru is not just friendship. It’s more than friendship, and in the end, Yuma asks Hotaru about the relationship, and then Hotaru clarifies her feelings.

Hotaru makes everything clear about her feelings toward Yuma.

Yumi Fukuzawa’s tale as a student at the elite Catholic university Lillian Girls’ Academy is told in Maria-sama ga Miteru. Yumi doesn’t believe she has what it takes to make a name for herself in Tokyo, but everything changes when she is the most famous girl in school.

Many fans made comments about how not so good the storyline is and why most fans don’t really like it.

Love is a big part of Peach Girl because gal Momo is in love with a guy who doesn’t like ladies. So, how is she going to overcome the female stereotype and win Toji’s heart?

Nonetheless, the romance tale is excellent, and Momo’s charming story about her attempts to prove that she is more than she appears to be is both motivating and endearing. Although there isn’t the same level of fan service as in NTR: Netsuzou Trap, some of the same themes are present.

I had the pleasure of studying Kuzu no Honkai during the Winter 2017 season, and the myriad relationship dynamics that occurred are still fresh in my mind. In some way, all of the characters in the series were linked.

There is a significant distinction between drama and Netsuzou Trap in Kuzu no Honkai, but it is in the drama’s intensity. Hanabi and Mugi, the identifiable protagonists, are thrust into situations tainted with psychopathy, love, and ignorance.

These people aren’t just in love; they’ve turned their feelings into whirlpools of complexes and manias.

Kuzu no Honkai was among our episodic anime reviews from Winter 2017.

Nagisa Aoi moves to St. Miator’s Girl’s Academy in Strawberry Panic. She learns about the Etoile System at the Catholic school, a strict social system. According to it, she is supposed to attend as many social gatherings as possible.

Although this is not a love story similar to Netsuzou Trap, the protagonist is analogous to Yuma. Nagisa is struggling to make the best of her circumstances and gradually understands that being true to herself is tough, and creating respectful friendships is much more challenging.

Haruki Kitahara, the protagonist of White Album 2, is a member of a light music club that is about to close down. It’s a love and romance narrative centered on a musical performance.

If you google white album, you will find two versions of it. The anime shows great emotions and a tendency to be loved.

I warned you before you started watching this anime and the events constantly keep on going on.

The love triangle in White Album 2 is identical to that in Fukumenkei Noise from the previous season. Not only are the three protagonists in love, but they are also close friends. The show explores the inevitable dead-end that occurs in such situations and how, in the end, we can’t get everything.

Sakura Trick is the most similar to Netsuzou Trap among the games on this list. Even after learning that their high school would be closed after graduation, they were assured that they would remain best friends for the rest of their lives.

There is no other series that is such an amazing anime which is about two girls falling in love.

Haruka and Yuu agreed to do anything they’d never do with other girls, which is why they made a contract that reminded them of the promise of eternal friendship. That ‘thing’ was, in fact, a kiss. And then one kiss led to the other, and you understand how these things go.

The anime is about love and relationship, but you can say toxic relationships. They blame unproductive relationships and bad judgment when selecting a spouse, and they devise a system that matches individuals together. Like a super-advanced Tinder that knows exactly who your perfect partner is.

The algorithm pairs each 16-year-old student with a partner and then allows them time to get to know each other and adjust to the knowledge that they will be the ones to have children with.

After all, it’s illegal to refuse your spouse. Yukari Nejima, on the other hand, is over heels in love with Misaki and chooses to reveal his feelings before his notice arrives. Ririna Sanada, not Misaki, is his appointed companion, as luck would have it.

Makoto Ito is an ordinary high school student who has far too many females for his own good in the game School Days. But, of course, even in a harem scenario like this, it is never a good thing because that unwanted (?) devotion causes a lot of issues for the other characters.

On the other hand, Makoto Ito is smitten with Kotonoha Katsura, a classmate with whom she rides the train to and from school on School Days. Another classmate, Sekai Saionji, takes a liking to Makoto and wants to adopt him!

School Days is based on a graphic novel for adults that was launched in 2005. It’s primarily recognized for its gruesome brutality and racy moments.

Due to its popularity, it has been converted into manga, comics, light novels, art books, radio plays, and music records. This series, two OVAs, and a concert film were all born from its anime portion!

2-A Town Where You Live

Haruto Kirishima is unconcerned about anything. He leads a peaceful life in the countryside and has never considered leaving it to migrate to the huge, noisy city. Haruto, if you don’t want to travel to the city, the city will come to you! Yuzuki Eba and her family have relocated to the countryside from Tokyo. They had so much fun together that when Yuzuki leaves town, all Haruto has are memories of their time together.

The anime starts with Haruto traveling to Tokyo to live with his sister and trying to make a name for himself as a chef. There he meets Asuka, his sister’s next-door neighbor. So, Haruto, who will it be this time? Is it Eba or Asuka?

Love isn’t what it appears in A Town Where You Live. It starts off as a nice romance but quickly turns into an emotional roller coaster that will break your heart.

The first episode of A Town Where You Live was an OVA adaptation of a single story arc from a manga sequence by Kouji Seo. Gonzo’s anime series is the subject of this suggestion.

Nana Komatsu and Nana Osaki are two anime ladies who appear to share just their first names. She is an ordinary girl who is overly reliant on her friends and her proclivity for falling in love at first sight.

On the other hand, Nana O is the main vocalist of the rock band Black Stones, and she has been dating Ren Honkjo, the band’s bassist since they were sixteen.

Nana K’s friends and boyfriend go to Tokyo to seek a different life, while Nana O’s boyfriend moves to Tokyo to pursue a musical career in another band. They meet on the train and then by coincidence.

The anime delves into the lives of the two Nanas as they battle with love, rejection, and betrayal.

WHAT IS NTR ANIME?

You can check this site to learn about anime. https://aminoapps.com/c/anime/page/blog/the-ntr-genre-in-anime-and-manga/oltd_u7r45QnG68brxXMYnKN1NlxPm

Does the white album have another or previous season?

Yes, there it is, the 1st season of the White album. 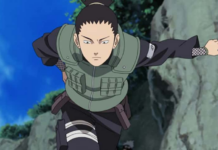 The importance of Shikamaru in the naruto series [5 Interesting Things]

25 Best Sharingans and Their Users – 7th Is My Fav. 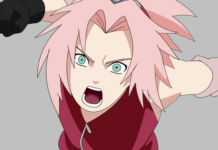 40+ Reasons Why is Sakura Haruno not a loser? 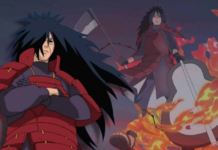 36 BEST ACTION ANIME of All Time