Blue Exorcist fans have waited for almost six years to see the second season. Now they’re wondering if they have to wait for the same to get the third season? Here’s everything we know about Blue Exorcist Season 3!

Ao no Exorcist, also known as Blue Exorcist, is a Japanese dark fantasy anime TV series. The show takes its inspiration from the manga series of the same name.

The comic series is composed and illustrated by Kazue Katou. The manga series made its debut on April 4, 2009. Having an exciting storyline, this dark fantasy series soon became popular in Japan and worldwide. Looking at its popularity, A-1 Pictures decided to adapt it into an anime series.

Here in this article, we’ll explore everything about the much-awaited Blue Exorcist Season 3.

What Is Blue Exorcist All About! 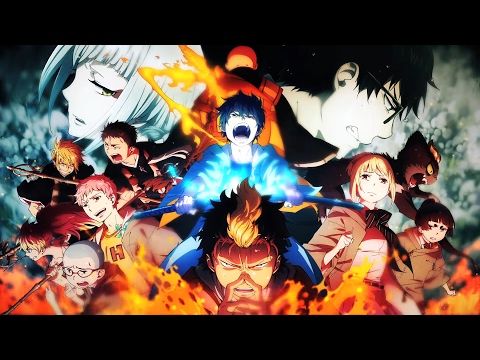 The story of Blue Exorcist revolves around the life of Rin Okumura. Shiro, an exorcist, raised Rin and his twin brother Yukio. The brothers soon discover they’re the descendants of Satan himself. Witnessing Shiro dying to save him, Rin brings the demon-slaying sword Kurikara, which holds his demonic powers.

From that time on, Rin gets demonic traits like fangs and a tail and the capacity to light into blue flames that damage almost anything he touches.

Rin wants to become an exorcist like his guardian to become more powerful and to destroy Satan. He enters the prestigious exorcist cram school named True Cross Academy.

The institute is actually the Japanese part of the True Cross Order, a global association defending Assiah (human realm) from the Gehenna (demonic realm).

At the academy, Rin learns that Yukio is already a skilled exorcist and is one of his coaches. From this point, Rin’s quest begins to become an exorcist, followed by his brother and fellow students, who quickly become close friends.

Most well-known shounen anime draw clear lines between their heroes and villains. No matter how naive this plan may seem, we can’t help but like heroes who rise from being victims to demon slayers.

Blue Exorcist follows a stereotypical “Hero’s Arc” where Satan’s son becomes an exorcist. As simple as that may seem, the anime raises the bar with its dark themes and fearless action scenes.

Popularity Of Blue Exorcist Season 1 and 2

After the release of Blue Exorcist Season 1 in 2011, the creators also released a couple of special episodes and an anime movie between 2011 and 2012. Despite having many similar shounen archetypes, the viewers accepted the anime wholeheartedly.

By November 2016, about 15 million copies of its reference material manga were inflow. Because of its global success and mostly positive reviews, the producers renewed it for a whole new season. 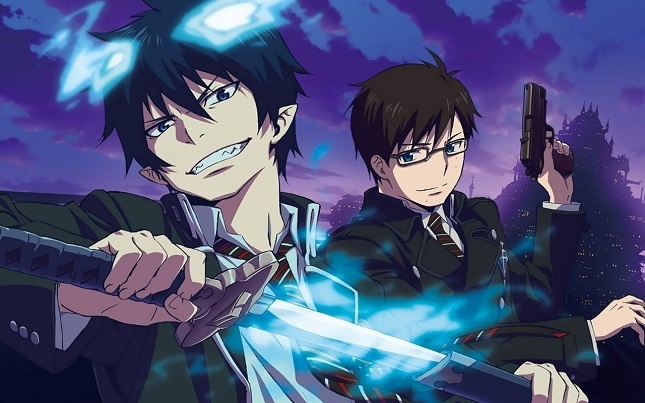 After enjoying two seasons plus OVAs and a movie, the fans are not satisfied. They want to watch more of the show and hope to see a third season soon.

Is There Enough Source Material available for season 3?

The manga series is as popular as the anime. The readers have supported and loved 25 volumes of this ten-year-old manga series.

Blue Exorcist, the anime, turned out to be one of the few adaptations that stay faithful to their reference material. In fact, the fans think that the anime does complete justice to the Blue Exorcist manga series. 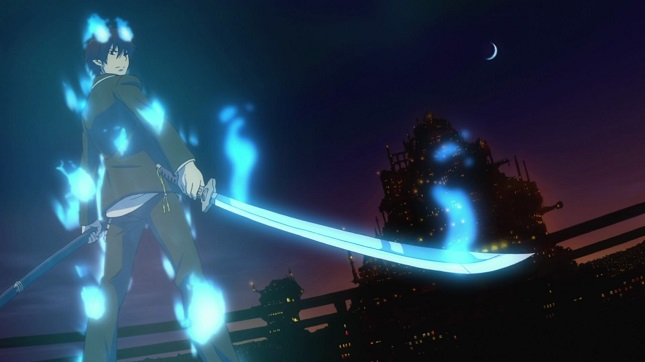 Compared to the content, Blue Exorcist season 2 uses up to 34 chapters (about nine volumes) for 12 episodes. The good thing is that the manga series already has 25 published volumes, which implies that more than enough content is available for season 2. In fact, the makers can produce more seasons from the available content.

Considering this fact in mind, we can say that the upcoming season will resume the plot from volume 9.

When Is Blue Exorcist Season 3 Releasing?

You will find many anime returned after a long break. The Seven Deadly Sins and One Punch Man are good examples. Blue Exorcist is also one of them.

The fans had lost hopes when Blue Exorcist Season 2 made a come back after six years. Upon the release, A-1 Pictures and firms related to its production stopped talking about the future of the show. However, luckily, the makers have not canceled it yet. Therefore, there’s still some hope for Blue Exorcist Season 3.

A-1 Pictures has not made any statement regarding the official release date for the third season. So, the otakus have to wait for a little longer for the release date of Blue Exorcist Season 3.

There is no update about what is taking time for the announcement. Is it because the anime is shifting to a different production studio? Or is it because of the COVID-19 pandemic that the production is on halt?

All these questions will remain unanswered until we hear something from the production team. If everything goes well, we can expect Blue Exorcist Season 3 to arrive in the second half of 2021 or 2022.

What To Expect From Blue Exorcist Season 3?

As we mentioned earlier, the third season might resume the story where it ended in season 2. The third season will see Rin and associates facing a group called the Illuminati. Lucifer, the King of Light, is the one who runs this group.

The main intention of the Illuminati is to revive Satan and release devils and zombies upon the world. The manga readers would know that Sabutota Todou is a member of this group.

The audience will also get to see the invention of the Gehenna Gate, which is a doorway between the two worlds. The Illuminati built that gate in the field of the former Russian nuclear plant. But, they failed to make the engine work correctly. The only ones who had an opportunity of suspending the portal launch were none other than exorcists.

Unfortunately, they failed badly. According to the beasts, Assiah and Gehenna were in a single world earlier. So, the Illuminati want to combine both worlds into a single whole world once again. To achieve this, they will have to perform different experiments. And, only Rin and his twin brother can stop that from happening.

The makers have not declared anything related to the characters and cast for season 3. But, we can assume that the main characters are coming back for sure. 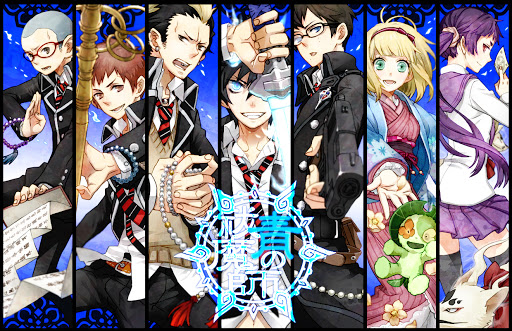 With much of Rin’s story still incomplete, Nobuhiko Okamoto will undoubtedly come back. We can expect to see Jun Fukuyama as Rin’s brother Yukio as well. Based on many theories for season 3, the plot will be mostly about Satan. So, Keiji Fujiwara will most likely return to play his role.

With the character of Mephisto Pheles appearing in the middle of the Illuminati arc, it’s also quite possible that Hiroshi Kamiya will come back to voice the part.

But based on rumors about the Gehenna Gate being a medium between the two worlds, many characters from both worlds might enter the show.

Everyone is waiting for Blue Exorcist Season 3 to arrive soon. But it might be a bit early to assume the third season as the anime took almost six years to return with a sequel.

However, we had a movie in between. If we consider this pattern in mind, we might get another film first and then season 3 as the makers have enough source material.

According to inside sources, the team at studio A-1 has also been quietly planning layouts of Blue Exorcist season 3 behind the scenes for a while.