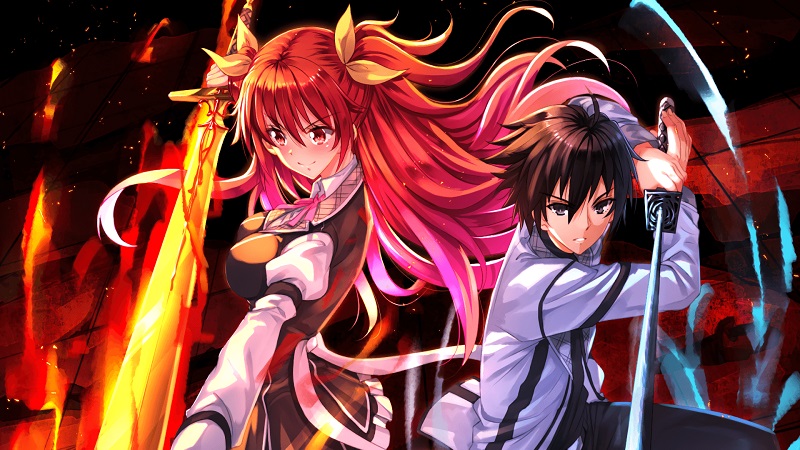 These days, fans find animes a lot more appealing than any other genre as there is something different about the plot, dialogues, visuals, harmony, and almost everything.

Chivalry of a Failed Knight has secured its place as one of the most famous magical school animation series with fabulous art and amusing characters.

The first season of this show was telecasted in 2015. It turned into a grand success. It’s been more than four years now, and the followers are anxiously waiting for Chivalry of a Failed Knight season 2.

Here in this article, we’ll discuss everything about this anime. But first, let’s understand what Chivalry of a Failed Knight is all about!

Chivalry of a Failed Knight 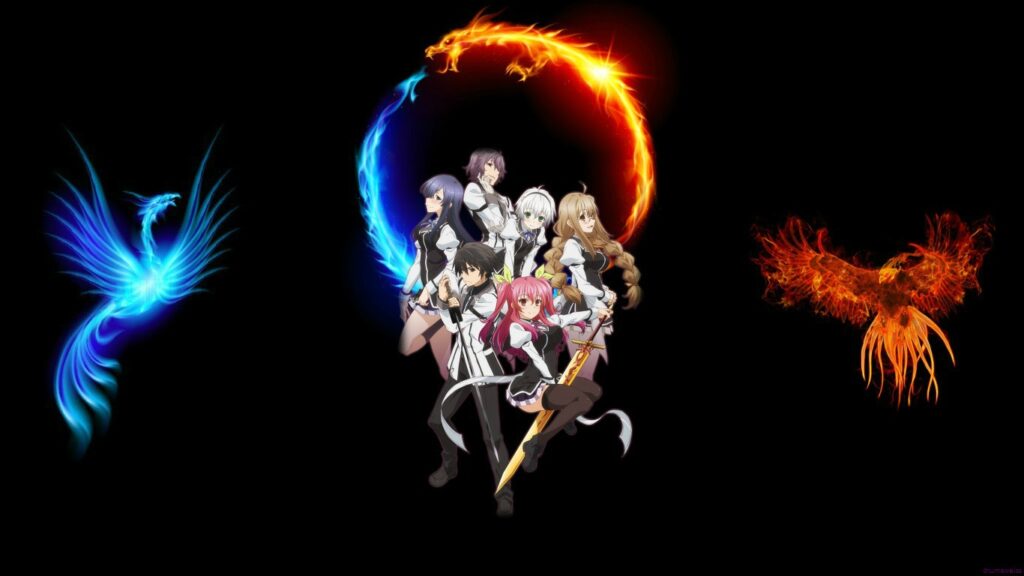 Chivalry of a Failed Knight, which is also famous as Rakudai Kishi no Kyabaruii in Japanese. It is taken from the light novel series by Riku Misora and is illustrated by Won.

The followers loved the anime show. Ever since the first season concluded, they have been expecting a second season. So, here is everything you need to know about Chivalry of a Failed Knight season 2.

Almost all the characters in the anime, which involve the 2nd-tier supporting roles and come off as friendly and have many individual sides to them.

Despite being a fantasy, the difficulties faced by each of these figures in their day-to-day lives are very relatable. The chemistry between the characters is also very impressive. It makes many scenes in the anime famous.

Synopsis of Chivalry of a Failed Knight Season 1

Speaking about Season 1, the directors of the anime are Shin Ōnuma and Jin Tamamura. The name of the author is Shogo Yaskawa, and Kōtarō Nakagawa has given music. Studio Silver Link and Nexus have produced this anime series.

Chivalry of a Failed Knight Season 1 includes 12 episodes. The first broadcast of this episode was from October 2015 to December 2015. The channels that have authorized this anime in the past are MVM Entertainment, Madman Entertainment, Sentai Filmworks.

The Narrative of Chivalry of a Failed Knight Season 1 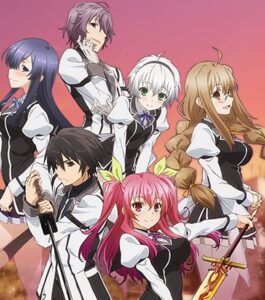 ‘Chivalry of a Failed Knight’ is placed in a dream world where people possess some unique skills. But not all humans have such talents, and the few who own them are identified as “blazers,” according to the English Dub.

These Blazers can call upon weaponry recognized as “Devices,” which are symbols of their souls. Being a unique species, the best of these Blazers are often analyzed based on their martial arts abilities and magical powers.

Only the ones who reach it to the top are valued and are entitled the Knights.

The hero, Kurogane Ikki, later enters into the plot. He is an average high school student. As the name implies, he is also a failed Knight with an F-grade for his abilities as a Blazer.

Everyone identifies him as the worst one due to his incompetent skill-set and unworthy powers. One day, he meets a half-naked princess called Stella Vermillion, and their unexpected meeting heads to a duel between them. 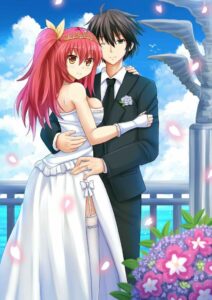 One situation leads to another, and somehow, Vermillion and Stella both suddenly find themselves on the way towards the Grand Seven Star Tournament of the Knights.

The world’s most famous Knights fight here to defeat the best and get the honor they deserve. For Stella and Ikki, it turns out to be more than a nightmare.

But Ikki now has a long road to show that he is a lot more than a useless Blazer. But for that, he has to first rise above the shadow of other people’s negativity that he has been keeping in and get back his courage; only then there is some hope for him to reach the peak.

Will the Show Return?

The first season did remarkably well, and right after it finished, there were rumors about the following season.

Rakudai Kishi no Cavalry has its origin in a light novel series comprising of twelve volumes.

Moreover, currently, there are eight volumes of the manga series. Both sets are continuing at present, as well as the entire franchise.

For all that, the first season of Chivalry of a Failed Knight took only twelve episodes. As a consequence, the makers have sufficient source material to make at least one more season.

Of course, there is one more point to be added. However, this element is uncertain as some followers think that the narrative is over. While others believe there might be some continuation of the plot. Both opinions could be true. Yet, the final judgment depends on the official announcement by Silver Link and Nexus. 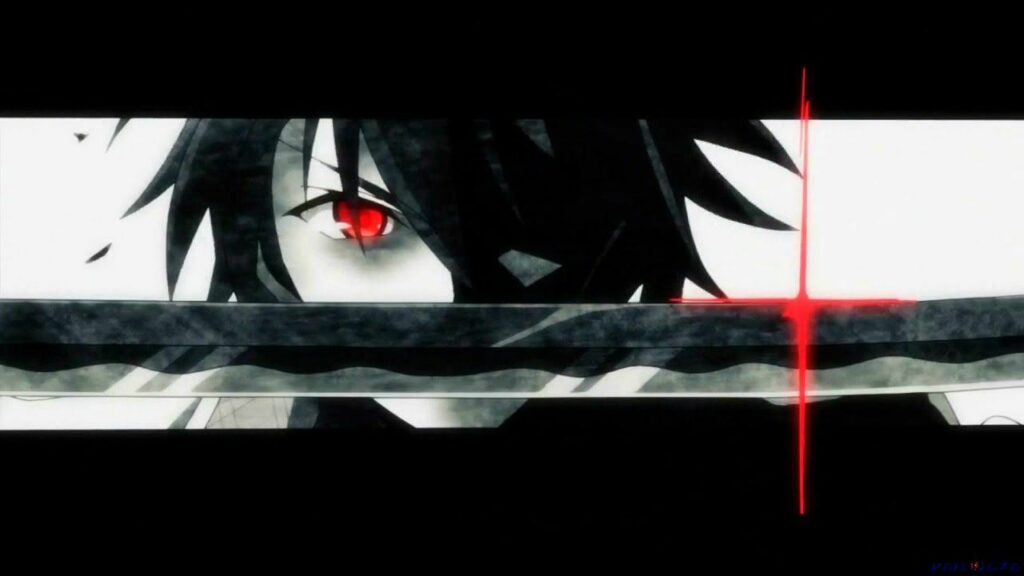 The first season of the Chivalry of a Failed Knight was a huge success. The light novels traded around 1.2 million copies last year. Furthermore, the anime adaptation arrived on top-selling charts, proving that the anime is famous amongst viewers.

The demand for this fantasy anime is relatively high. People around the world still haven’t lost hope and expect that they might hear the good news about the second season in the upcoming year.

What to Expect from Chivalry of a Failed Knight Season 2

The first season of the anime ended with a major thriller. It concluded with Ikki and his associates entering the Art Festival. Therefore, the second season of Chivalry Of A Failed Knight might pick up the narrative where it left before.

The anime might reveal a much-awaited beginning of the competition. Season 2 might also highlight the rise of Ikki Kurogane’s Blazer. It will undoubtedly be a historic moment to enjoy.

Some people recommended that a new season will be out by the end of 2018, and others declared that its production might get over by November 2019. But it’s almost a year now, and there is still no clue about a new season.

There have been no OVAs or specials have been released till date. But there is one thing that might get your hopes high if you’re expecting a new season.

The official websites of Nexus and Silver Link state that a ‘Special ‘will be arriving soon. It’s been a while now, but the fans shouldn’t lose hope as long as it stays there.

Our best shot is that Chivalry of a Failed Knight Season 2 announcement, or at least the OVA, might arrive sometime in 2021 if things go well. We will update this article as soon as we discover more.

The first season concluded with a bang, the ultimate battle between Ikki and Tondou lived up to its hype, and the series got great reviews from the viewers. Despite being a hit, there has been no update about a sequel.

We still think that Chivalry of a Failed Knight Season 2 might arrive despite all the different assumptions. After all, the facts stated above have a very solid ground in terms of statistics for a sequel.

Nonetheless, this is just our theory, as there is no official announcement on this topic. To be assured of this, the fans have to wait till the official statement from the production house.

To get the latest updates about your favorite animes, Click Here!