Home Adventure Do It Yourself- The Upcoming Blockbuster Anime announced! 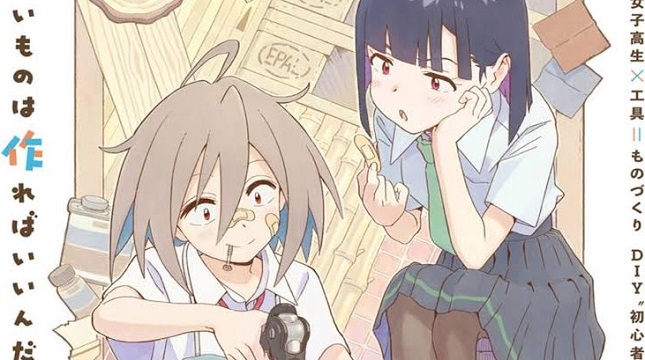 Do it yourself is a new anime series that is making its way towards OTT platforms. The producers have already announced it. But when will it release?

Do it yourself is a new Japanese anime series that is announced to be released this year. Generally, the anime series tend to adapt to manga series, anime series, video games, or any such thing.

But, it is not the matter with Do it yourself. It is a completely safe-made, or we can say an original anime series. It is not based on any available source material.

The animation of the series is done under Pine Jam studio, and Kazuhiro Yoneda directs the series. While IMAGO or Avex Pictures might produce this anime. Let’s see when it was announced.

When was the announcement of Do It Yourself made?

The official team of producers announced that the first season of this anime on May 20, 2021.

This news was declared by Pine Jam studio on their official Twitter account. Also, ‘Do it Yourself’ will be made available worldwide on Tokyo Mx, MBS TV, BS TV, and many more channels.

With the official announcement of the series also came to a teaser image by the producers. The image was enough to spark a fire in the viewers and make them eager about Do It Yourself.

Do It Yourself have an official release date? 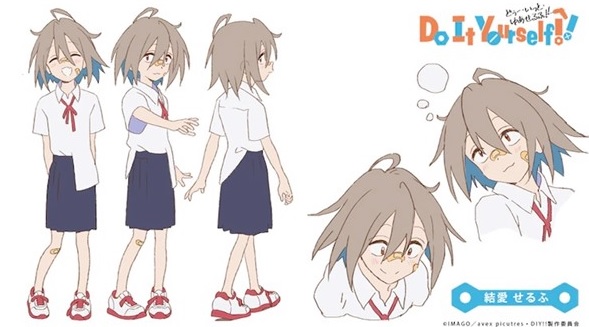 In answering this question, we want to ask you one more question.

If the series is announced in one year, what are the chances of it releasing in the same year?

Chances are low that announced series releases in the same year!

Also, the team has remained tight-lipped for the release of the first part. Or maybe the only part. (Still not confirmed!)

The only thing we can do is wait for the director or studio team to declare the release date. But, you have a different option as well.

Which is the second option?

You can bookmark our page and visit it regularly. We will keep you updated with the latest declarations from the officials.

When to expect this anime to release?

As we discussed in the above information, we should not hope that Do It Yourself will release in 2021 itself. However, if the matter is of expectations, we can see it at the end of 2021 or 2022.

2022 will be the perfect year of release for Do It Yourself, the new anime series. Let’s see what happens further. Will it release in the upcoming year, or we have to wait for next to next year.

Do it Yourself will be a lighthearted series, and it will bring out highlights of comedy and life. Producers and team have selected the name of the series with a great thought.

The idea of being creative at home and also productive is the most important thing in this era. Also, we will be able to see that there will be a hint of hardships that the girls will face due to the Corona pandemic.

These girls get together and become creative to earn their livelihood. They started their earning by making things out of materials available at their home.

In short, the story revolves around Serufu, Kurei, Purin, Takumi, Jobko, and Shii, a group of young girls. They have been given a task by their teacher- to become creative and make something good from the scarp things from their home. 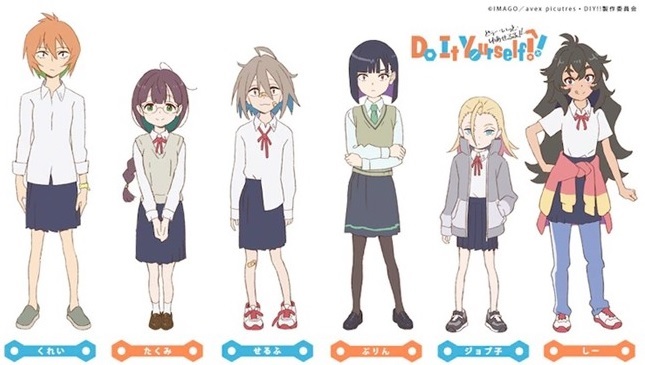 These six girls keep their heads high in every situation and also help others to learn to be creative. They have to deal with their day to day obstacles but still manage to create some amazing things out of scratch.

Not only that, the teaser image shows two girls. One is shown to be having a band-aid on her hand, and the other is working on their project. It might have happened that she might have got hurt while working.

Official Trailer of Do It Yourself- Released?

The official trailer is not released yet. Strange, right?

We were also expecting that with the teaser image, a small teaser video might also follow. But it feels like our expectations love to be in vain.

Along with you, we are also waiting for the release of the official trailer of Do It Yourself. It will depict what might happen in the series. Let’s hope to get the trailer or any other official announcement of the series soon.

Will there be Do It Yourself Season 2?

Actually, at the time of the announcement of Do It Yourself, there were no clarifications made that the anime will release as season 1; and season 2 will follow.

But the simplest trick to know that the chances of a sequel prevail or not is the success rate of the first part.

If the first part remains extraordinarily successful, then the chances of Do It Yourself Season 2 increase.

The thing to keep in vision is that there is no already-made source material for the production of season 2. If the writers decide to make more material for season 2, then it might release.

Characters of Do It Yourself

The main characters are the 6 girls. They are also best friends of one another. There are high chances that still many characters are veiled behind the silence of the director.

There might be some male protagonists as well. Because the chances of the only female protagonist in any series are less. There should be a balance. So, get ready for some more interesting things to happen in the upcoming season.

Are there any fans already of Do It Yourself Anime?

There is an official handle of Do It Yourself on Twitter. Click here to view it. Already there are 1K+ followers on that page.

This page is handled by the production team, and over there, you might find a description of all 6 girls. But the only problem is, the description is in the Japanese language.

But don’t worry, you can translate it into English using Google Translate. It is the most useful tool from google.

In the end, we would like to suggest you to keep patience for the release of Do It Yourself. It is surely going to be a best in class comedy series that will also help you to learn many lessons from the life of the girls.

Their adventures will be your learnings. Moreover, as suggested, it is going to be a comedy series that will help you to forget your tensions for some time and spend your time in leisure. So, stay tuned with us, and Happy Reading!