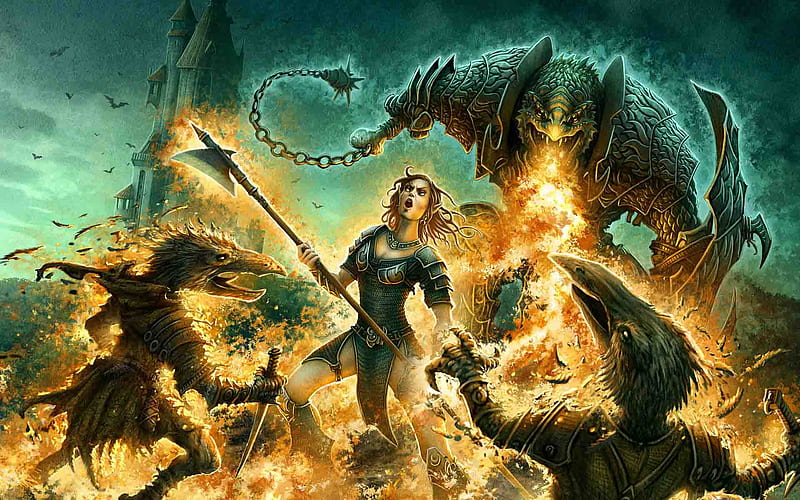 This list is for all the DND 5e fans and all the details about dragons’ breath 5e.

In return for its one, you offer one willing creature the ability to spit magical energy from its lips. You can use acid, cold, fire, lightning, or poison as a weapon. Every creature in this area must make a Dexterity saving throw, with a failing save dealing 3d6 damage of the selected kind and a successful save dealing half the damage.

You can increase the spell’s damage by using The 3rd level slot, or you can do more by using the slot spell above the 3rd level, and that will increase 1d6 for every higher slot spell you use.

Spew magical energy, classic fire breath and you will know about how dragon’s breath is created and also what are other non-specific school spell slot levels.

You’ll probably find yourself employing your breath weapon on a regular basis. For example, the breath weapon injures 3d6 points of the chosen energy type. Plus an additional 1d6 point for every two levels above 5th, up to a maximum of 10d6 at 19th level. Targets in the region can attempt reflexes, but they will only do half damage.

You gain no resistance or immunity to the weapon’s energy type when you use your breath weapon, even though it presents no harm to you.

The spells you cast are crucial in this game. The advanced feature is great for anyone you cast a spell on because you are not casting it but rather activating it. It’s similar to the game Call Lightning. You cast the spell and think about it, but the magic is kept and activated at will after that. As a result, if the basic adapt is focused on the spell, the benefit is given to the person who is enjoying the impact.

Dungeon Master is more concerned with the vivid scenario than with the gaming mechanics. My job is to help the players tell their characters’ stories, and when that story contains a lethal dragon’s Breath, there are a lot of difficulties.

Even experienced players who are familiar with their Monster Manuals are drawn in and more easily put themselves in their character’s shoes. When things come alive in their imagination.

One willing creature’s lips can fire a 15-foot cone of elemental damage but also requires concentration and slot level.

When you contact the monster, you can pick between acid, cold, fire, lightning, or poison as the damage type for the breath effect.

What Does This Mean?

If you want a spell that has a good amount of damage but effects on a small area. Then Dragon’s Breath is one of the best you can have.

This spell also has the advantage that it can be used for longer-term as it is a concentration spell so that you can use it again and again, and it will give good damage.

It covers a 15-foot cone, which could accommodate up to three medium-sized targets. If they were placed near together. This spell can be cast on any willing creature with a mouth. Which is a fundamental feature that makes it a useful spell.

To begin with, being able to choose the damage type is a huge benefit for getting around an opponent’s damage resistances or immunities.

For example, if you come across a bunch of Yuan-Ti who are hell-bent on sacrificing your NPC companion. You’ll know not to use poison breath on them because it won’t work.

As a result, you use a conventional fire breath to convert them to ash.

Another advantage of the spell is that it can be cast with simply a bonus action.

If you cast a spell on another creature, you can use your action to exhale the spell effect, cast a cantrip, or make a weapon attack.

The biggest problem with this spell is that it is a concentration spell. Putting it up against a slew of extremely powerful spells significantly as you acquire access to higher-level spell slots.

Even as an area of effect spell. Shatter can deal more damage to a larger number of creatures in a single hit.

Furthermore, while casting the spell is a bonus action, actually exhaling the devastating effect is a turn-by-turn action.

This damage is respectable at low levels; thus, the action economy cost is justified. Though, most spellcasters and martial characters have superior options beyond level 5.

The spell is not well sink with many metamagic effects for a sorcerer. The spell is cast on a creature, who then uses its action to exhale energy. Hence the actual spell effect occurs after the casting.

This is an excellent option to cast on a martial character. Who doesn’t have access to magical damage yet at low levels?

Especially if you’re up against a foe that has resistance to slashing, piercing, or bludgeoning damage (such as lycanthropes).

Even better, if an ally can cast invisibility on the same character. The particular qualities of the dragon’s Breath allow them to remain unseen while inhaling the damage. Despite the fiery Breath potentially revealing their location.

The ideal way to use a dragon’s Breath is to cast it on a familiar. This can be accomplished by using the ritual caster or magic initiate feats or by multiclassing a level into Wizard or three into warlock for a pact of the chain.

The beauty of this method is that a familiar can perform the spell because it is willing. Has a mouth, and most significantly because exhaling the energy is neither an assault nor a spell. It can be done by a familiar.

WotC’s lead rules designer has confirmed this. Be aware that this strategy makes your familiar a prime target. Unless you can keep them out. Any DM that plays their monsters with a bit of intelligence will swiftly kill your 1hp companion.

As a result, the owl is an excellent choice for your familiar’s shape. As its flyby function allows it to keep out of the way of other creatures without prompting opportunity attacks.

While using dragon’s Breath, a warlock multi-class could have an imp, quasit, or sprite familiar that is invisible, making them harder to identify and hit.

This is the ideal spell for an Eldritch knight. A character who is an arcane trickster, to a lesser extent.

The find familiar spell is a must-have when a fighter or rogue takes one of these subclasses at the third level. So, rather than wasting your restricted and low-level spell slot options, why not make the most of your outstanding familiarity?

If you have War caster feat then you can make your spell well worthy and can score higher than normal spells.

Dragon’s Breath is an excellent and thematic spell for spell casters with lower-level spell slots that can aggressively cause a tactical area of effect damage.

However, more potent higher-level spells that use your focus will eventually outrun it. It’s good for consistency and it can decent damage and spell duration.

What is Dragon Breath?

The dragon breath is the spell of DND 5e

How it will be affected enemies?

By Casting the spell on them

What is Exhaling Energy?

When the number of turns to use the Spells is out of the limit. 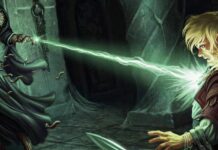