As a ‘Gate’ fan, you might wonder why there’s no update about Gate Season 3? Here’s everything you should know!

It’s almost four years since we saw the last episode of Gate Season 2, and still, there is no statement about the third season. But, fans are hopeful that the show will return with the third season as the last season ended with a cliffhanger.

So, Gate Season 3 will arrive to answer those questions. Read the following article to get every bit of information about the anime.

Let’s get started with the basics for those who haven’t seen the anime. If you have already seen the first two seasons, you can skip this segment and jump to the following sanctions. 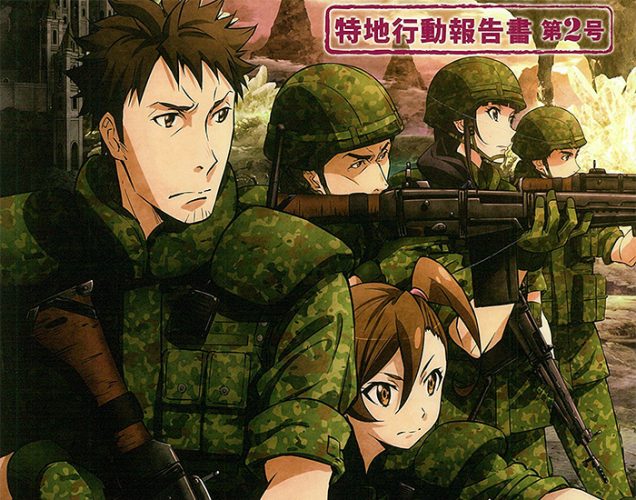 ‘Gate’ is a popular Japanese animation tv series based on fantasy. It takes its inspiration from a light novel series of the same name. The light novel series is written by Takumi Yanai and illustrated by Daisuke Izuka. The author first published it in April 2010.

Before the light novel series ended in December 2011, it was adapted into a manga series in July of the same year. Ever since then, the mangaka has released five spin-off manga series based on the original one.

Looking at its popularity, Studio A-1 Pictures adapted it for anime tv series. The first two seasons were a big hit. Let’s take a quick recap of what you missed!

Gate: Jieitai Kanochi nite, Kaku Tatakaeri (Japanese) is a story of a juxtaposition of the contemporary and imaginary world. One day in modern-day Tokyo, a gate from another world opens up, and from it, fighters and monsters come to Japan, starting a full-scale attack on Earth. On the other side, Japan finds it hard to resist the enemies who suddenly turn Ginza’s district into flames.

After this, the Japanese Self-Defence Forces decided to fight back and force the attackers back to where they came from. After finally sending the intruders, the JSDF uses this chance to set a Forward Operating Base, FOB, on the other side of the portal so that they can plan and negotiate with the enemies. 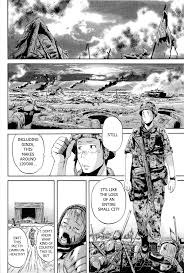 The main plot focuses on a 33-year-old man named Youji Itami. The FOB chooses him to be a part of the special surveillance team to the other side called ‘the Special Region’ as part of the JSDF task force.

While examining the Special Region, Youji, and his team, despite struggling and going through many attacks, start to help the residents, including Princess Piña Co Lada. They helped her fight against an old and ruthless dragon and a band of robbers. Soon Youji and his team win the locals’ trust with the help of extra Japanese troops. In the beginning, everything was under Youji’s control, but things started taking a wrong turn after a while.

When he started questioning Crown Prince Zorzal, feeling disappointed and humiliated, Crown Prince takes it personally and makes a group against him.

He took charge of the men of the Special Region and decided to take vengeance on Japan. He slaughters the locals by fooling his troops to cover and wreak havoc on the locals to trigger them with hatred so that he can declare war on Japan.

Even after this, the Japanese army didn’t hesitate and prepared a rescue mission to rescue Emperor Molt Sol Augustus, Princess Piña Co Lada, and anti-war partisans from the Imperial Capital.

A never-ending war started for Japanese troops as they have to deal with Prince Zorzal and the Gate, which is the connection between two different worlds.

Overview Of Gate Season 1 and 2

The production house released the first season on July 4, 2015, after five years after the publication of the light-novel series. The second half arrived after a year from January 9, 2016, to March 26, 2016. Since then, fans are waiting for the official statement from the producers about Gate Season 3.

Gate Season 1 mostly described Yoji’s journey to another world and how he won over people in another world as well. Gate Season 2 resumed the theme of politics and treason but with a darker reality. Despite Yoji’s efforts, both worlds were on the verge of war due to internal politics.

Will There Be Gate Season 3?

This show’s first two seasons made a mark on the otakus, leaving them excited for the third season. As of now, anime production studio A-1 Pictures has not officially declared anything about the Gate Season 3 release date. But the anime lovers are patiently waiting for the good news from the makers.

The major limitation of Gate Season 3 would be its shortage of source material. The first two seasons utilize only up to the fifth volume of the original books. It means approximately half of the content remains unadapted. 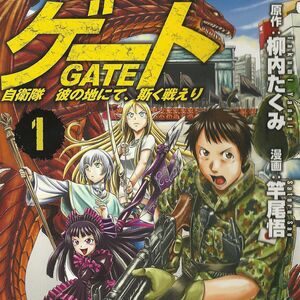 But, the bad news is that many stories in the latter works are side-stories that have no actual connection to the main narrative. The reason behind this insufficiency is due to reshuffling of the volumes. The central plot arc also seems to be over in the first two seasons.

Luckily, with the release of the series novel Gate: Anchor Weight in 2017, the narrative refocuses on the adventures of our hero Captain Youji Itami. This will help support the plot progression. A-1 Pictures could also use these side stories to help characters develop well.

Gate Season 2 arrived on January 9, 2016, and continued till March 26, 2016. While anime lovers have been demanding season 3, Gate Season 3, unfortunately, has not been announced as of now.

Don’t get disheartened, there’s no reason to worry! Japanese anime are different than US tv shows, and sometimes, the show returns after three to four years as ‘One Punch Man‘ and ‘The Seven Deadly Sins‘ did.

So, this anime still has a year left for the show producers to renew Gate. Our best guess assumes that Gate season 3 release date might drop approximately in 2021 or 2022. We are keeping our ears open for any update regarding the upcoming season, and we’ll update this article as soon as we get to know something.

Spoiler Alert! – What To Expect From Gate Season 3?

If we follow the plot of the light novel series, Gate Season 3 might use the ‘Gate: Weigh Anchor’ books, which talks about the Japan Maritime Self-Defense Forces instead of the JSDF. As stated earlier, the Japanese Self-Defence Forces has gone on the other side of the world to explore. 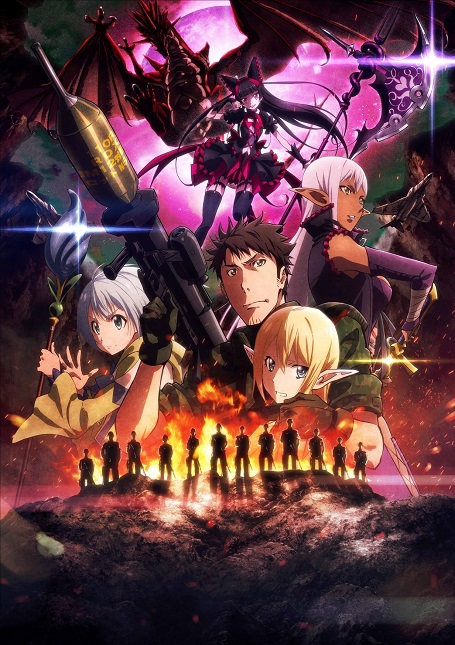 However, something unusual happens in the novel series of the latest volumes that unlocks the portal to the Xenomorph homeworld with people soon infesting the Special Region. But, this will only happen when the production team ensures a place to utilize the Alien Franchise for Gate season 3.

You Might Also Like To Read | In Another World With My Smartphone Season 2 – Release Date and All Updates!

Even though there are many characters in the anime, the major ones are Youji Itami, Princess Piña Co Lada, Rory Mercury, Lelei la Lalena, and Tuka Luna Marceau. Let’s understand their personalities in detail! 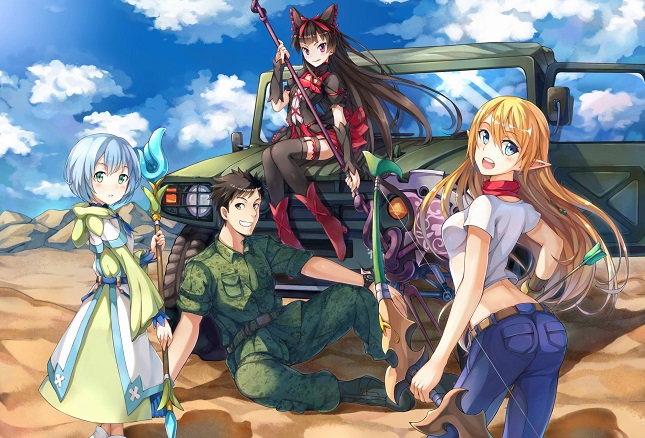 Youji, the main hero of the anime, is a 33-year-old man who’s the First Lieutenant in the JSDF. Being the Third Recon Team leader, Youji, is a member of a leading team. He joins the mission to explore the Special Region. Youji started helping the locals and won their trust, but everything changed after making the wrong decision that changed his life.

Piña Co Lada is the daughter of Emperor Molto Sol Augustus. Princess is another main character in the story. After Youji and his crew started helping the locals generously, Princess Piña Co Lada saw the positive side the Japanese troops are trying to make and becomes the peacemaker between the Japanese and the authorities in the Special Region. She understands that the Japanese army, owing to their superior technology and tactics, is better than that Empire, and she tries to save her native country from an all-out fight.

Rory is a demigoddess of the Special Region. She is another lead character in the show who is a follower of Emory, the god of violence, war, and death. Known as the Reaper, Rory has a status for being very powerful in battle and shows no mercy to her enemies. However, despite her fearsome name, the story describes her as a friendly person. Rory and Youji quickly became friends when he entered the Special Region and started helping the residents. She also has a strong sense of equity and is rough and sadistic towards criminals like bandits while being kind and friendly towards ordinary people.

Lelei is a sage and a sorceress of the human race. He is the second follower of an elder sage named Cato. Lelei is a brilliant and knowledgeable person but rarely shows emotion.

Tuka is a descendant of a higher race of elves. She used to survive in the village of Kowan until the dragon destroyed it. She was the single survivor of the attack and played an important role in the plot of this anime.

We hope you will have got enough information on Gate Season 3 from this article. While waiting for your favorite anime to return, Click Here to get the latest updates about other popular anime.