Goblin Slayer is a Japanese anime show based on a dark fantasy light novel series. You can call this series a monster-killing anime variant of the famous game DOOM.

The first season of 12 episodes began broadcasting in Japan on October 7, 2018. The last episode of the first season was telecasted on December 30, 2018.

It has been two years since the viewers last saw Goblin Slayer, and now they are anxiously expecting Goblin Slayer Season 2 to be released.

When Goblin Slayer made its first appearance two years back, it became a favorite because of its exciting narrative and intense scenes.

It received a massive response from its viewers as well as the experts and got included in some controversies as well. Will the Goblin Slayer ever return with its second season?

Let’s try to find out the answer! Here are the recent updates about the Goblin Slayer! 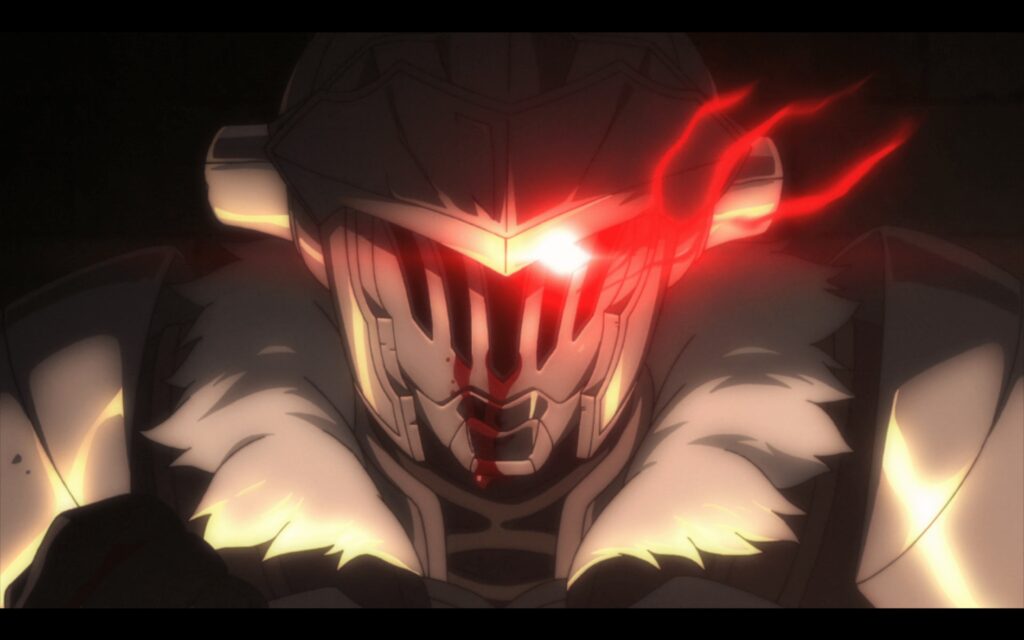 The light novel series was first published on February 15, 2016. The writer of the series is Kumo Kagyu, and Noboru Kannatsuki illustrated it.

A couple of months later, the light novel series was adapted into a manga with drawings by Kousuke Kurose. The manga series made its first debut on May 25, 2016.

The manga is not complete yet. This means the narrative will resume, and we will get another season, just not sure when. Masahiro Ikeno produced a second adaptation for the same in Monthly Big Gangan magazine.

After a few years to that, an anime studio known as White Fox declared plans to adapt the reference material into an anime TV series. Goblin Slayer Season 1 made its way to the TV screens on October 7, 2018.

The first season got some negative reviews due to some dubious scenes concerning goblins and human lady.

Luckily for the series, any such critique subsided soon since these scenes were the base for early plot development. Once the setting was built, Goblin Slayer mostly ran as a dark fantasy tale with a skeptical tinge. And any conflict doesn’t seem to have hurt the sales number.

Moreover, the movie – The Goblin Slayer: Goblin’s Crown also made a place in the fans’ hearts. It was released on February 1 and is taken from the fifth light novel in the series by Kumo Kagyu.

Along with the group, Goblin Slayer goes on a mission to save the girl who goes missing after joining a goblin mission.

The first half of this film is just a recap of what happened in the anime. The remaining 40 to 50 minutes is about the Goblin Slayer just rescuing a woman and destroying more goblins.

If you have not watched season 1, you can watch the movie to get the essence of the story. Or you can do it here in the following section!

Goblin Slayer is placed in a beautiful land populated by humans and all kinds of magical beings. It reflects an unnamed goblin killer’s adventures and his group as they look forward to killing all the goblins. 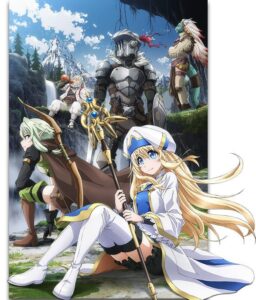 The goblins are known for their violent attacks, cunning, and their rapid reproduction rates. People know them as the lowliest of creatures among monsters.

So, despite constantly wreaking destruction on human communities and abducting women to reproduce, the threat of goblins is usually ignored in the land.

The reason for ignorance is that expert adventurers and soldiers concentrate on more monstrous beings with more notable bounties.

The Storyline of Goblin Slayer Season 1

In this backdrop, the series starts off when a young priestess named Onna Shinkan accompanies a club of rookie adventurers. They embark on a journey to save kidnapped ladies from a nearby campsite of goblins.

Being rookies, the group does not make enough preparations for the action. When they eventually find them, their hunt turns into a bummer.

The soldier in the group falls to a pack of goblins, while the group’s mage is left paralyzed by a poisonous sword.

The female fighter in the group gets kidnaped and overwhelmed by the enemies. But Onna avoids a disastrous fate when an armored soldier, known as the Goblin Slayer, arrives on the site.

Not only he rescued Onna with security, but he also sets trash to the goblin camp with no stress.

Later in the series, we see that the Goblin Slayer carries the prestigious silver rank amongst adventurers. He is also an expert in fighting against goblins.

After some initial uncertainty, he lets Onna join him. Along with High-Elf, Lizard-man, and Dwarf, they set off an exciting series of adventures across the realm, looking to put an end to goblins once and for all.

Will There be Goblin Slayer Season 2?

The last few episodes of the first season have a list of interesting elements that it has remained as cliffhangers to be revealed in the next season. 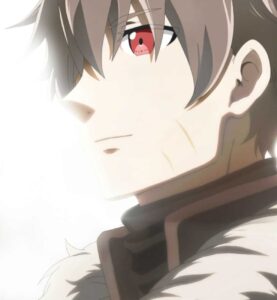 The final episode of the first season concluded with a blast as the Priestess, and Goblin Slayer successfully secured his and Cow Girl’s hometown. We saw Goblin Slayers’ half-face towards the end, which revealed two of his wounds around his chin.

After the party and an epilogue, the Goblin Slayer appears flinging something. This verifies that there are layouts for Goblin Slayer Season 2.

After all, the anime series was a big success, and it boosted the sales of the source material.

The makers also have ample source material to create the second season. The debut series only used the first two volumes of the light novel series.

The films adapted the narrative of the fifth volume. The writers of the manga have published twelve volumes of the light novel so far.

And with that much source material, the producers can make several other seasons of this show.

How Can We Figure Out the Return of Goblin Slayer?

There are many ways to examine if there will be a sequel for anime, but our team at thebestofotaku found some of the best ways after reviewing hundreds of anime shows.

The process is to assemble the latest report about the reference material and popularity. If you are curious to know if the fans will get to see Goblin Slayer season 2, you’ll love this section.

The root material utilized for the Goblin Slayer anime is the light novel. The Ongoing show always has a better possibility of introducing a sequel.

That’s why, for instance, we think there is some possibility for The One Punch Man Season 3.

The Goblin Slayer light novel series is still incomplete. As mentioned above, Kuno Kagyu’s latest volume was published on October 14, 2020.

The writer penned three books in 2018, two in 2019. There are two more volumes for Goblin Slayer season 2.

The Goblin Slayer series that broadcasted in 2018 used volumes 1-2 and bits of book 4. The latest Goblin’s Crown film for Goblin Slayer adopted the entire light novel volume 5, so around nine parts are remaining to be utilized for a sequel.

The Popularity of Goblin Slayer Season 1

The first episode of Goblin Slayer season 1 was very controversial and caught the attention of many viewers. Both the viewers and critics rated the first season of the Goblin Slayer wholeheartedly.

Goblin Slayer’s story revolves around a mysterious world where heroes make their living by performing tasks and completing contracts. Sometimes these tasks do not end well.

Goblin Slayer Season 1 was one of the most successful series to come out of 2018. It was one of Crunchyroll’s most-streamed shows when it was coming out, as fans discovered themselves impressed by this dark fantasy world that was unlike anything else coming out at the time.

Here’s the possible narrative for Goblin Slayer Season 2! Please remember that this is just a prediction; depending upon the light novel, the makers might skip a volume to change the story.

Let’s have a look at the feasible storyline for season 2!

What to Expect From Goblin Slayer Season 2

Goblin Slayer Season 2 will mainly revolve around the plot from the third and fourth books of the light novel series. Hence the fans will witness Goblin Slayer going on a separate mission right at the opening of the second season.

The Goblin Slayer’s companion, aka Orcbolg and Priestess, will go on to protect the lives of abducted girls from goblins hiding in a mine. 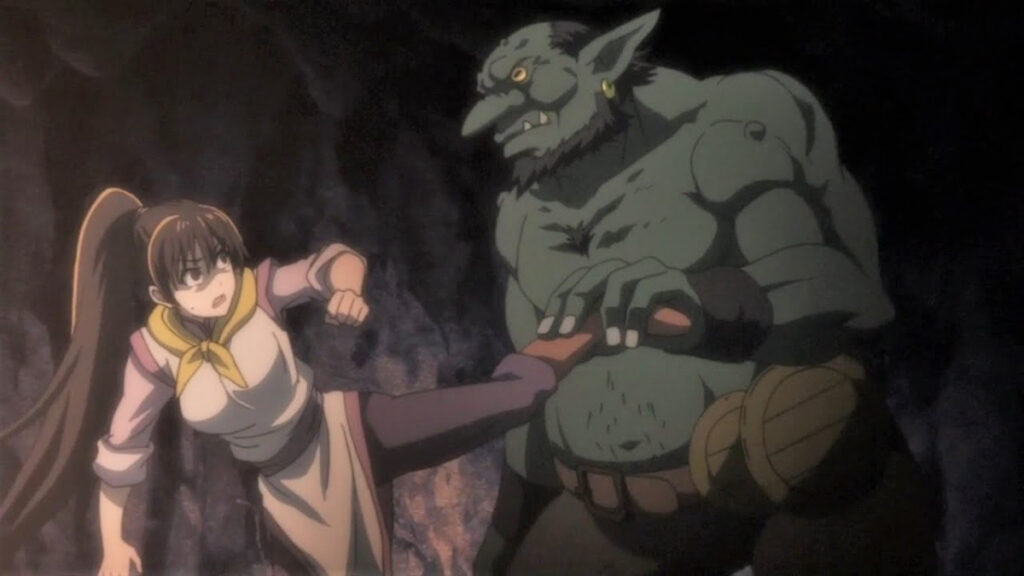 However, the opponents will become more powerful in the second season. They now have certain types of tools rather than ordinary devices.

Goblin Slayer Season 2 will also reveal a new enemy known as “Dark Elf.” He is a member of the Evil Sect as well. Dark Elf plans to resurrect the Demon King after falling in the battle against Sword Maiden’s army. He’ll join in a friendly gathering in Frontier village to meet Orcbolg in a fight.

While it is also assumed that this season will unfold many mysteries that were not resolved in the first season. It is said that season 2 will also unveil the Hero’s name, from which we mean Goblin Slayer’s original name and other information. For this, maybe we will see the past life of Goblin Slayer in season 2.

Although the anime isn’t as successful as some of the other anime series out there, it is undoubtedly making a powerful claim to be up there with them. With the release of Goblin Slayer season 2, this series could secure its place in the must-watch anime list!

We still expect the official announcement about the Release Date of Goblin Slayer season 2. We can expect it to arrive in early 2021. But as the COVID-19 pandemic has struck the productions globally, it might get postponed further.

To get the latest updates about your favorite anime, Click Here!