Home action In Another World With My Smartphone Season 2 – Release Date and... 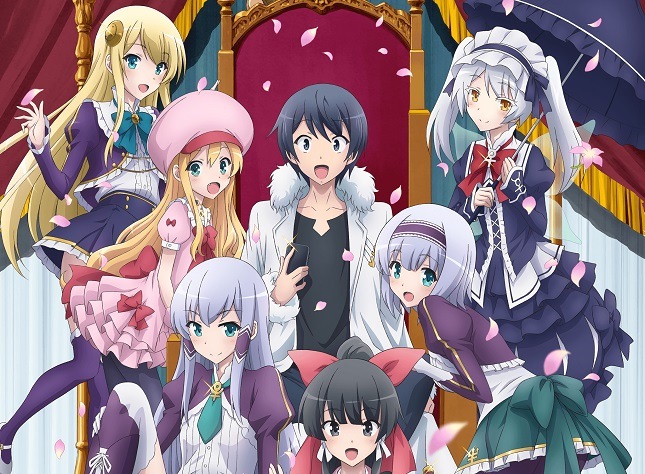 Isekai wa smartphone, commonly known as In Another World With My Smartphone, is a Japanese anime tv show based on fantasy. It originally started as a web novel back in 2013 on the Shōsetsuka ni Narō website. After two years, it converted into a light novel series. The famous anime writer Patora Fuyuhara has penned it while Eiji Usatsuka has created the illustrations. 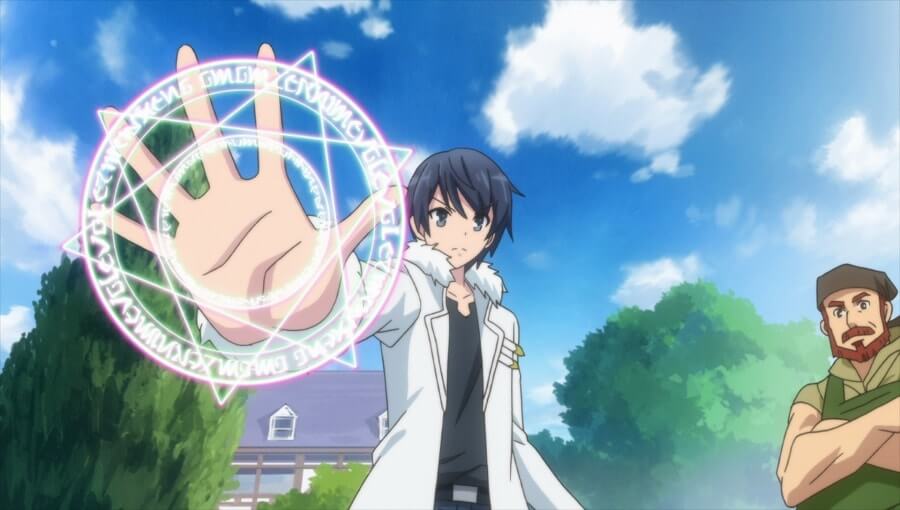 Production Reed made the television adaptation of this series, and it premiered from July 2017 to September 2017 on Netflix, Funimation, and Crunchyroll. Since the debut of the anime, the fans and critics have appreciated it and accepted it wholeheartedly.

Hence, it is presumed that the fans demand a second season as soon as possible. Here, we’ll go through every possible aspect of season 2, but before that, for those who haven’t read the novel or seen the first season, let’s have a look at what this anime is about!

What Is ‘In Another World With My Smartphone’ All About!

If someone takes you to a different kind of world after your death and also lets you take something with you, what would you choose? A computer, a car, or a tv? Let’s see what the protagonist of the story carried! 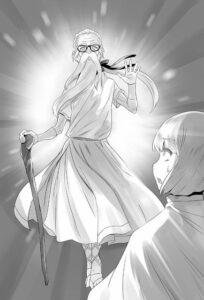 The narrative of ‘In Another World With My Smartphone’ focuses on the life of Touya Mochizuki. He is an ordinary guy who gets struck by lightning one day and dies. God himself admits that he unintentionally ended up hitting and will grant him another chance to live his life in a new fancy world having some magical powers.

Touya accepts the proposal and also asks him if he can carry his smartphone with him in his new world. God allowed him to bring his phone, and thus, Touya starts his adventure for a lifetime.

Overwhelmed by all the beautiful elements of the fantasy world, Touya started feeling like home. Still, to his disappointment, he soon begins to get a lot of unwanted attention from some mysterious girls.

Moving along his new world, Touya meets Elze Silhoueska. After saving her and her sister from an attack in a backstreet, they become close friends. Elze also has magic powers. She attacks using magical gauntlets while also having the power to utilize a magic boost that increases her physical strength. 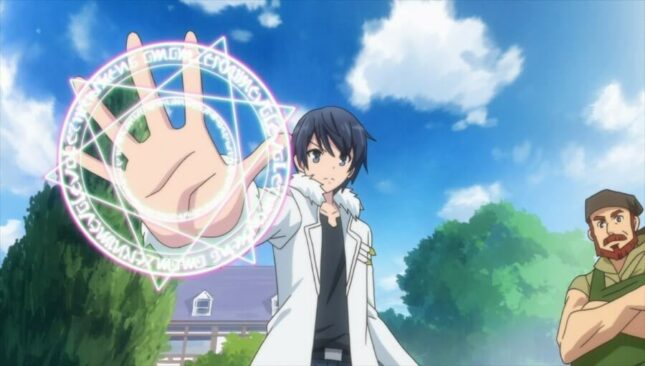 As the story proceeds, Elze and Touya started coming closer and developed feelings for each other. But, Touya prefers that they should not get too close for the sake of Elze’s sister.

Linze is Elze’s sister. While not as physically healthy or charming, Linze is more talented than her sister. She is a magic expert and is a brave fighter. Like her sister, Linze also started to get involved in Touya, who prefers Elze.

One of the last and interesting lead characters of the story is Yae Kokonoe. Yae comes from an ancient Samurai family and is a great warrior. She left her home to develop her skills as a Samurai.

During this time, she meets Touya. He helped her by fighting off the thugs attacking her. Touya got impressed with Yae as she’s got Japanese-like martial art skills. Later, Touya helps Yae in her mission, and they become close friends. You might be surprised to know that Touya has got nine wives by the time season ends. 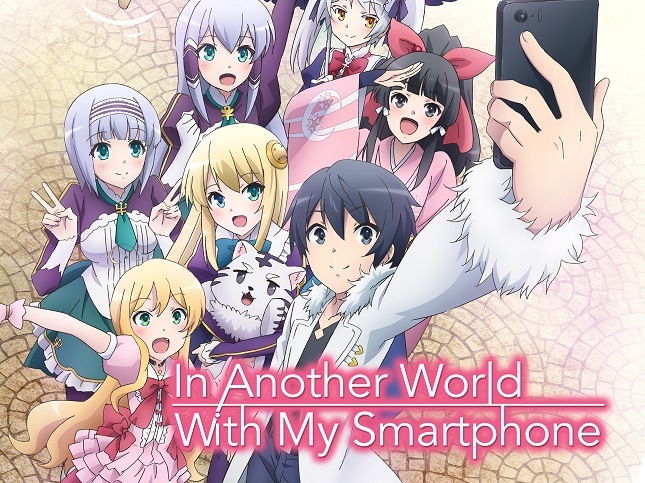 To a certain extent, Isekai Smartphone season 1 is similar to KonoSuba since it’s a satire of these Isekai analogies with wish-fulfillment taken to the extreme to deliver sense. The first season of In Another World With My Smartphone included the stories of the first three books of the light novel series.

Will There Be ‘In Another World With My Smartphone’ Season 2?

Since 2017, the otakus are waiting for the sequel of this anime, and now they started wondering why hasn’t the anime returned yet? What is taking so long? Is it canceled? Let’s try to find the answers to these questions in this segment!

Knowing that season 1 ended with cliffhangers, there should be another season for this anime.

The first 12 episodes narrated the incidents up to Volume 3 of the Smartphone light novels. Conceding that the light novels have reached the tenth volume, there is enough reference material for even Isekai Smartphone Season 3. 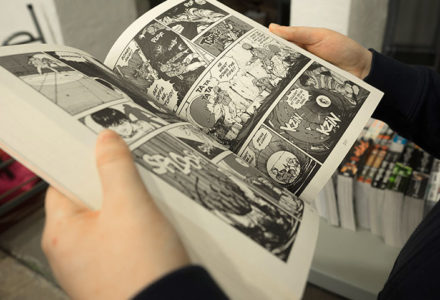 According to the sources, the web novel is viewed more than 100,000,000 times. In fact, the figure may even be much higher by the end of 2020. The anime series is as popular as novel series amongst millions of people around the world.

Given all these indications, it might be safe to assume that the anime has a good chance to get a sequel. But we cannot say anything firmly as there’s no official announcement yet.

One possible reason for the delay is that the COVID-19 pandemic may have affected the new season.

When Is Season 2 Releasing?

In Another World Season 1 premiered in July 2017 and ended in September. Reed Productions produced this anime tv series, and there have been no reports from the production studio.

Many fans started considering the anime canceled, but we still have some hope left as there are many anime series that got a sequel after a long time. Compared to them, ‘In Another World With My Smartphone’ is very recent.

As of the latest update, the production studio or any company related to the anime production has not formally approved the release date for the second season.

It usually happens that once the producers announce the renewal, the series takes at least a year or two to finish the work. So, it is possible that we’ll see the second season sometime about early to mid-2022.

What To Expect From In Another World With My Smartphone Season 2?

Ending the anime with just one season would be quite a disgrace considering that the story was about to get interesting when it ended.

The fans hope that Isekai wa Smartphone Season 2 improves the way the story proceeds compared to slow-paced season 1. Additionally, they might consider working on character development as well. 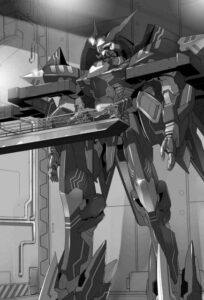 At the end of season 1 has already declared that Touya will eventually have nine wives, so let’s not consider it a spoiler.

The fans might see an enemy called Fraze in season 2. In order to defeat the Fraze, Professor Babylon will make weapons called Frame Gears. As a result, the story starts taking a different angle, and the audience will get to witness some majestic giant robot mecha battles.

We will not reveal more information as the upcoming season seems much more exciting than ever before.

In Another World With My Smartphone: Lead Characters

Even if there are many characters in this anime, here are the main characters of ‘In Another World With My Smartphone.’ 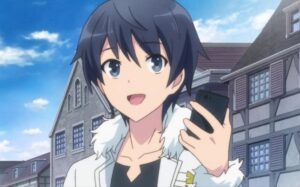 Touya is a young boy who gets moved to a fantasy world after he ends up dying on earth. By the grace of God, he gets another chance to live a new life. With his permission, Touya takes his smartphone with him. Later in the anime, he realizes that he has got some superior magical powers. Touya feels a notable change in his belief system after he started to accept this new world.

By the end of season 1, Touya had nine wives in the anime. We believe that they might be an important part of season 2 as well. Here they are: 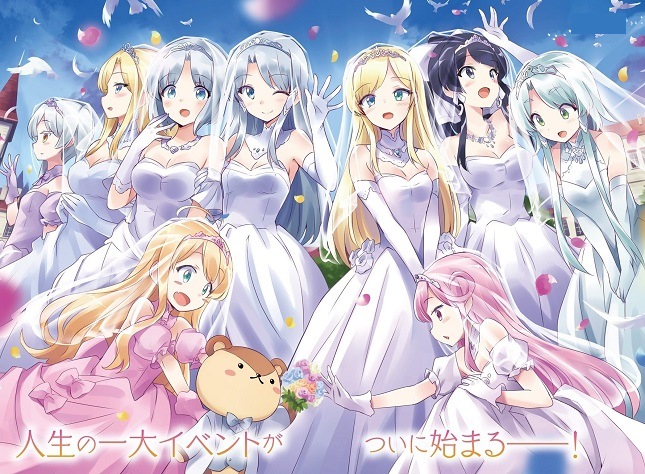 Well, it looks like fan’s most loved anime will take time to arrive. While waiting for season 2, you can stream the animes that are similar in genre and narrative.

Don’t worry, you don’t need to lift a finger for that! Our team at BestOfOtaku has done the work for you. Here are the top 5 animes that you would love to watch if you like ‘In Another World With My Smartphone.’ 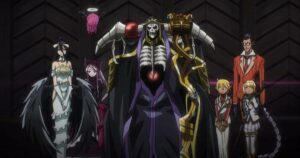 Overlord is a story of a high-level MMORPG gamer who, after the match ends, finds himself trapped inside the gaming world. 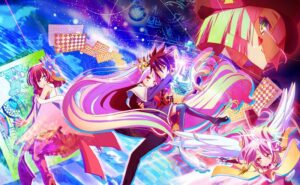 Sora and Shiro are brought to a magical world where life is a series of contests. Humanity is on the verge of extinction, and they have to save the world by winning each game. 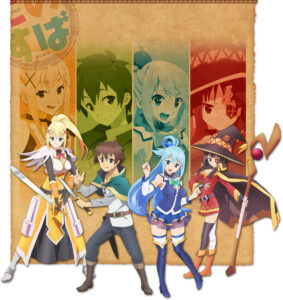 It is a story of an ordinary man Kazuma, who got a chance to relive a new life in a magical world. He has to face the new threats that come on his way. 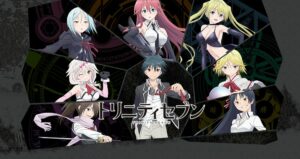 Trinity Seven is about seven great mages who are experts in their respective areas and will help Arata Kasuga become a successful magician and discover the truth about Hijiri and the Black Sun.

5 – That Time I Got Reincarnated as a Slime 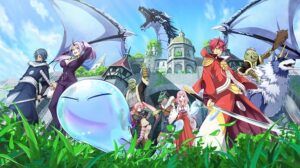 After dying at the hands of a burglar, Satoru Mikami wakes up to a new fantasy realm as a slime monster! As he adjusts to his new life, he has to tackle other monsters.

Going to a mysterious world and being overwhelmed by a harem of girls is every man’s fantasy. The anime is definitely worth another season.

Despite heavy-demands, the production house has not officially renewed the anime for season 2. However, that does not prove the anime’s cancelation either. Hopefully, we will see how Touya’s adventure continues, with his smartphone, in another season of anime someday.