It’s only been a year, and fans are demanding Kakegurui Season 3. If you’re one of them, you must read the following article!

Kakegurui is a popular Japanese anime tv series. Upon its release, it has taken over many internet platforms. If you love gambling, you would definitely love this show.

It is originally a manga series written by Homura Kawamoto and illustrated by Tōru Naomura. Looking at its popularity, anime studio MAPPA adapted it to make an anime tv series. Since the first season arrived in 2017, it won many hearts. The first two seasons of Kakegurui were a big hit.

Unfortunately, there is no official announcement about Kakegurui season 3 renewal status, either by MAPPA or Netflix. Even though this anime broadcasts on Netflix, it doesn’t have the authority to renew the show (except Japan). 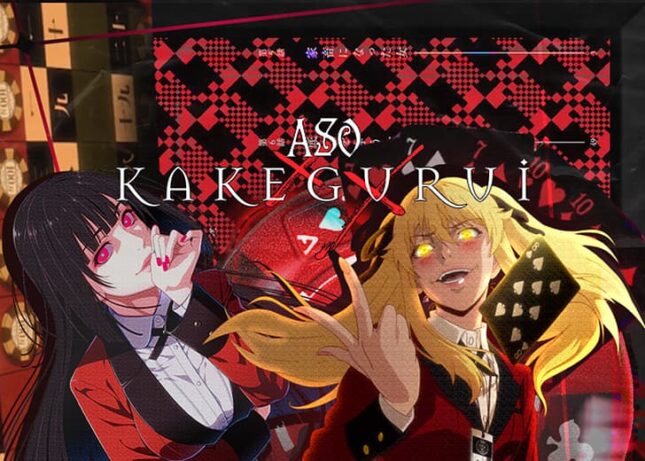 At last, it will be the decision of MAPPA and the Japanese networks if they are ready to move forward with the anime or not. However, everyone’s keeping their hopes up that the season will return sometime soon.

Earlier, the media presumed that the third season was thought to premiere sometime in the Summer of 2020. But, before the last few months, none knew that a global pandemic would affect the world this way.

The Coronavirus outbreak has changed millions of lives all around the world. Many countries are still struggling with new strains of COVID-19. Amidst all this, almost all sectors are suffering from a major economic crisis.

The entertainment industry is no exception. Many animes like Made In Abyss and Young Justice have been postponed, while many other animation studios have canceled their current production work. At this point, it’s difficult to say whether some of our favorite shows will ever return to the screens again.

According to reports, Kakegurui makers have delayed the production because of the COVID-19 pandemic. Hence, it might not arrive before the Summer of 2021.

Is There Enough Source Material Available For Season 3?

Apart from the global pandemic, lack of reference material is also one of the main reasons for delaying the release of Kakegurui Season 3. The Kakegurui comic series has a total of thirteen volumes (as of June 2020). As per the schedule, Volume 14 might hit the market in 2021. 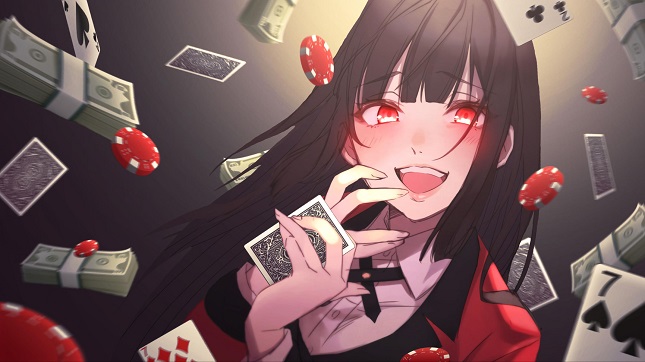 The previous seasons of the show used five volumes each. These also cover a piece of original content by the author of the anime. So, the studio currently has only three volumes to make another season. For a full season, the producers will require at least a few more manga books in the future.

Now, for those who haven’t seen the first two seasons, let’s take a quick recap of Kakegurui!

What Is Kakegurui All About!

Kakegurui is about Hyakkou Private Academy. It is an elite institution and has some of the wealthiest kids in Japan. The hierarchy of students in the academy does not depend on educational achievements or how they do in academics. It depends on how good they are at gambling than other pupils.

The school classifies the students based on the funds or financial help given by their parents to the academy. Parents who offer more cash get their kids in popular committees and can get prestige and contacts. 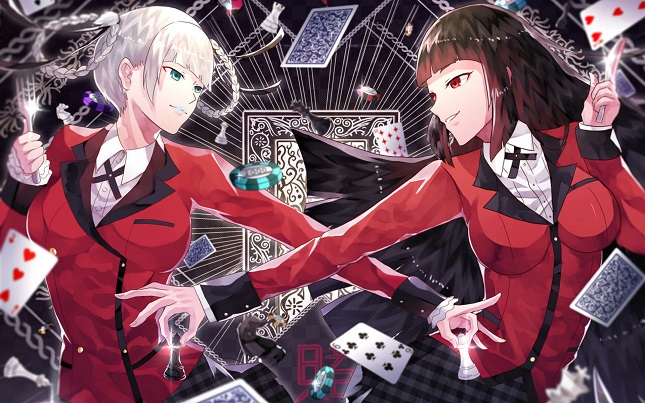 At the same time, those who can’t pay much and fall into the debt trap. The bigger the debt is, the longer part of their lives will spend on paying back the school.

Though most of the plot has been used exactly like the manga series, there are a few characters that are unique to the series. MAPPA did the animation and production of the show and has done a fabulous job retaining some of the best scenes from the manga to the anime!

The popularity of Kakegurui Season 1 and 2

Since Kakegurui started in 2017, it remains a top-rated anime with millions of viewers around the globe. The program is currently getting a 71% on Rotten Tomatoes, 7.2/10 on IMDb, and 7.44 on MyAnimeList – which is certainly popular enough to make a third season.

The popularity of this anime increased after Netflix released it. It took the show to a new global level, and it became one of the flagship original anime names on the platform.

What Do Fans Say About Kakegurui Season 3?

Kakegurui Season 2 ideally sets up the narrative for Kakegurui Season 3. The ending of the previous season left the fans disappointed as it did not end the main arc (including the election) of the season.

So, the followers of this anime are eager to know what happens next in the following season. As a result, the demand for the third season increased, and everyone is talking about it. Here are some tweets that we found!

Lalakdjdhfhska I can’t believe I finished season 2 in one sitting. Can’t wait for Kakegurui season 3!!! ❤️♠️♦️♣️

#Kakegurui season 2 is great. I swear Yumeko is a gambling demon 😄👍 please do a season 3. pic.twitter.com/sqDw45JPGY

When is Kakegurui season 3 coming out ? Bc if it’s anything less than 20 episodes we fighting. pic.twitter.com/twCpSH5g9O

While waiting for Kakegurui Season 3, you can enjoy a similar theme anime. Here are the top 5 shows like Kakegurui:

No Game No Life

Kakegurui’s popularity around the world might convince the animation studio to make another season. However, it seems that they are waiting until the mangaka publishes further volumes.