Lost in Space is returning with season 3. Yes! It’s big news as the fans were waiting for the series to return since the second season ended in 2019. Read the following article to learn everything about Lost in Space season 3 before your friends do!

Lost in Space is one of the most popular Netflix series. The show is produced by Legendary Television, Clickety-Clack Productions, Synthesis Entertainment, and Applebox Entertainment.

The names of the scriptwriters are Matt Sazama and Burk Sharpless. At the same time, Zack Estrin continues to be the showrunner for the third season as well.

Lost in Space season 1 and 2 was a huge success. The show has received rave reviews from the viewers as well as critics. Since the second season ended in 2019, the fans are waiting to see what happens next in their favorite show. Here in this article, you’ll learn almost everything about Lost in Space Season 3. Let’s get started by learning what is Lost in Space about!

Lost in Space – A Journey To Find The Way Out!

Lost in Space is a modern variant of the popular 1960s science fiction show. The setting of the show is in the future, where human colonization in space has become a reality. The Robinson family is tested and chosen to set a new life for themselves in a better atmosphere. 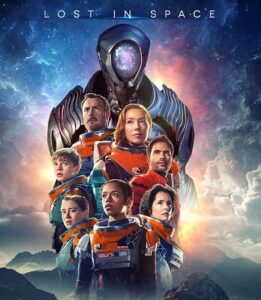 They were initially on their way to accomplish the purpose of colonizing the Alpha Centauri solar system. But before they reach there, an unknown robot made them leave their mothership.

The family landed on a nearby planet where they encountered challenges and fights against a new situation and rogues.

Lost in Space was on the list of the best Netflix originals in 2018. According to Nielsen’s data, the first season of Lost in Space received 3.16 million viewers overall on its first day of release. It was the third-highest premiere-day viewership!

You might wonder what happened when the family landed on a different planet? Let’s find it out in our next segment!

Lost in Space Season 1 and 2

Lost in Space made its first premiere on the screens on 13 April 2018. After a successful opening, the makers decided to have a sequel. The second season aired on 24 December 2019. 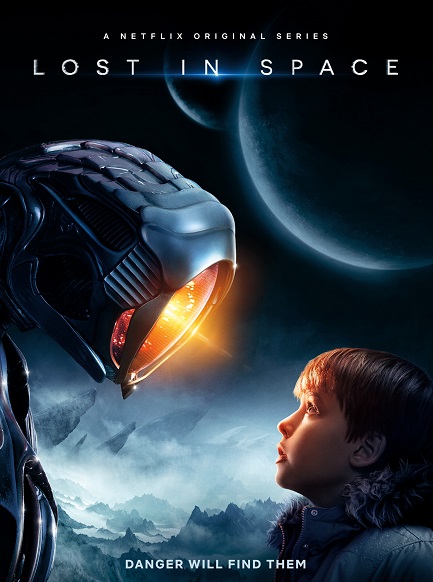 The first season was far more cryptic and practical than the following seasons, which makes the original legacy of Lost in Space somewhat different. The series is famous for the scheming Dr. Smith (Jonathan Harris), young Will Robinson (Bill Mummy), and a helpful robot whose well-known line was “Danger, Will Robinson.”

This Netflix series takes a firm sci-fi approach to the content but maintains the family dynamic. The new season also focuses more on the robot as the robot is also an alien. Both seasons have gained massive reviews, showing that old-fashioned perception didn’t prevent new spectators. 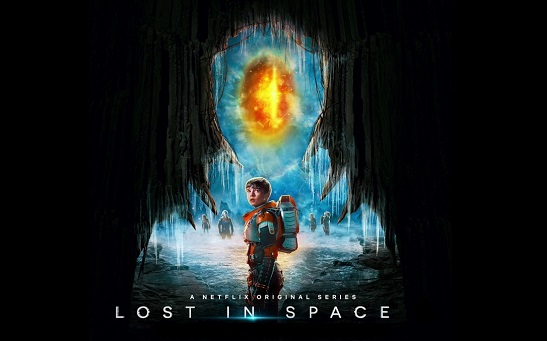 While Lost in Space certainly has many long term followers of the original show, a massive part of its fans is from the new one.

Ted Biaselli, the director of the original series, said that they are so excited to share more ventures of the Robinson Family and see their journey through what would be an epic finale. They’re grateful to Zack Estrin, Burk Sharpless, Matt Sazama, Kevin Burns, and Jon Jashni for leading Lost in Space, which has brought spectators a high-quality action-packed and visually striking series that the entire family can enjoy together. They can’t wait for their family of viewers to see where season 3 will lead!

Netflix declared the cancellation of Lost in Space at the beginning of this year, but the makers said they always designed it to be a three-part arc.

After months of waiting, the Netflix account and the official Twitter account of the show verified that the thriller series would be coming back. However, the report of Lost in Space season 3 also came with the message that it will also be wrapping up the narrative and will be the last season.

More #LostinSpace is coming. The third and final season arrives in 2021 on Netflix. pic.twitter.com/tZw1r5ZOCR

It’s true, LIS lovers, the story is coming to the finish line when Lost in Space season 3 arrives on the screens. It will be interesting to see how the production team settle things out, given how thrilling and exciting the series has been so far.

The report regarding the third season being the last one disheartened many fans, and we see small petitions rising out, asking Netflix and producers for more seasons.

One thing that is for sure is when Lost in Space season 3 arrives, the fans will not wish to miss a second of what’s in for the final sequence. While some want more seasons, others are just thankful to see a proper conclusion of the narrative instead of just leaving it in the air.

As the showrunner said, Lost in Space season 3 will serve as the final season; we can understand that this was the plan from the beginning. The fans have high expectations from the conclusion of the series.

Zack Estrin, the showrunner, posted his thoughts on Twitter on wrapping up the series. Here it is!

A message from our showrunner: pic.twitter.com/VkNN3iy4Qd

The Robinson family is the soul of Lost in Space. Hence, you will definitely see all the characters performing the Robinsons in the third season. Other core characters will also join the excursion for the last ride of the series. Here they are!

In terms of the crew members, the most important question is whether or not JJ Feild will come back as Ben Adler. In the second season, the robots killed Adler, but there is no confirmation on that.

Parker Posey’s return as Dr. Smith is also a little dubious. It is almost sure that she’ll be in season 3, but like Adler, her character — “Dr. Smith” — sacrificed herself to protect Maureen.

Later, her scarf was found in a cargo vessel on board the Jupiter ship carrying all the children. So, when and how Dr. Smith returns will unquestionably be an important plot detail. According to some stories, we might see a new character joining the crew to serve as Grant Kelly, Judy’s biological father.

Spoiler Alert!
What Will Happen in Lost in Space Season 3?

The production house has not released anything regarding the outline of Lost in Space season 3, and it’s a good idea not to assume one to appear anytime soon. But that doesn’t stop the fans from pretending the future of the series.

The second season ended on a close shave. It shows the Robinson kids getting separated from their parents and stuck in one part of space while their parents are far apart, in some other section. 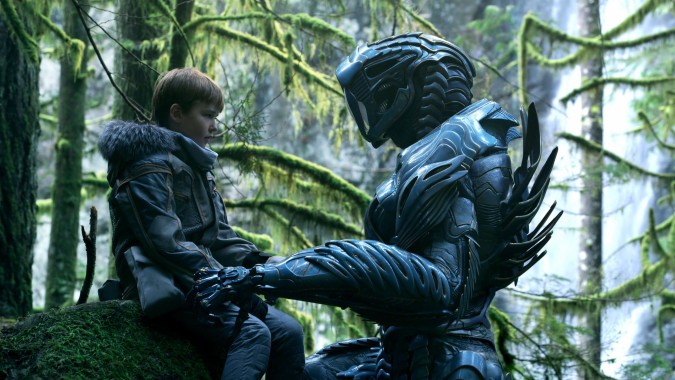 Finally, the spectators get to see the long-lost vessel, Fortuna, and its leader, Grant Kelly, who is also Judy’s biological dad. By the end of the season, Dr. Smith/June Harris die in the battle with the robots, but none could find her body.

Now, the upcoming season will focus on what is going on with Maureen and John and whether they will be able to find their children. This season might also talk about the origin of the alien robots and the truth behind Dr. Smith’s death.

One crucial question remains: Who is accountable for the human-made signal leading Jupiter 2 to the Fortuna? 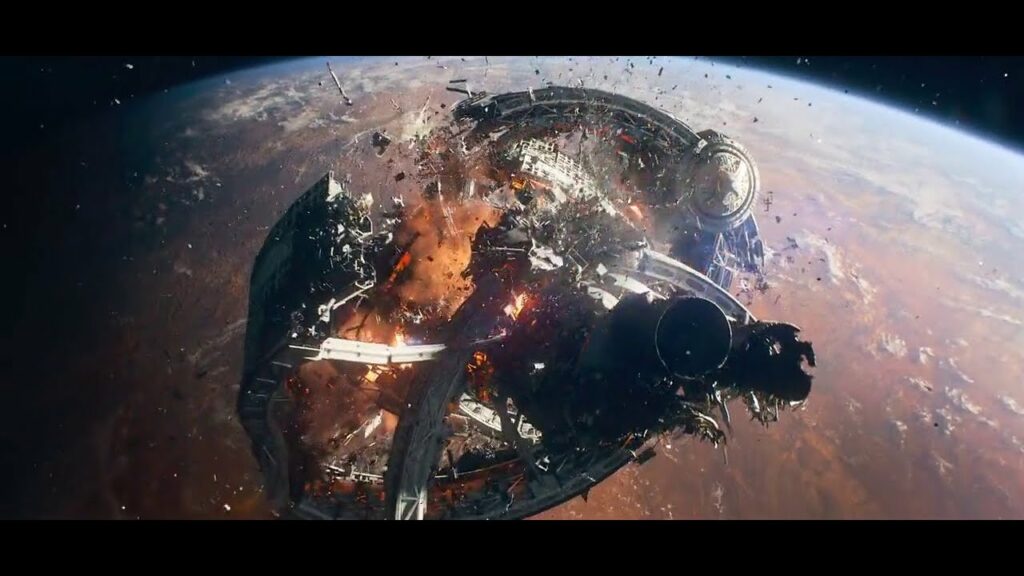 With Grant Kelly in the show, what will it mean for Judy and the kids since they are not with their parents? Co-writer Matt Sazama explained that the tale of the Robinsons has a very satisfying conclusion.

However, he also continued that there is a chance for more stories to follow at the end of the third season.

Where Has The Production Reached?

The shooting for the third season at a new location is still pending. As you might remember, the first season’s filming was done in Vancouver, whereas Iceland was the location for the second season.

According to some stories, the location for the final season is Burnaby in British Columbia, Canada.

In September 2020, we noticed that the first hint for the production of the third and final season. According to the source, the shooting might start on 9 September 2020 and end near 14 January 2021.

So far, we don’t know if they are back on track or have to change the schedule due to the COVID-19 pandemic.

The first season of Lost in Space made its debut in April 2018, and the sequel arrived a year later on 24 December 2019. And now everyone is waiting for the release date for Lost in Space season 3.

Now that the makers and Netflix have verified the news of the third and final season, the ball is on the special effects team’s court. Netflix has set a rather vague release date of 2021 lately, just because it looks like the production might get postponed because of COVID-19.

From this, we believe that the final season won’t release until mid-2021 at the very earliest.

That’s it for now! We hope you would have found the article interesting. Stay tuned to TheBestOfOtaku for more updates!

And if you haven’t watched Lost in Space yet, this is the best time for you to watch the series as you’ll find Lost in Space Season 3 more engaging as you might have finished the second season by the time the third season arrives.