Love Alarm is one of the most-watched Korean tv series on Netflix. Now that the news about the completion of filming is out, the fans are wondering when the show will arrive? Here’s everything you need to know about Love Alarm Season 2!

From Itaewon Class and Kingdom to Extracurricular and Rugal, Netflix has some incredible Korean series available on their platform. Love Alarm, a Korean drama series, is one of them. It is a teen-romance show that did exceptionally well across the globe when it first arrived in August last year.

It is a South Korean romantic tv series. The show takes its inspiration from the Daum webtoon of the same title by Chon Kye-young. With just one season, this program has taken the entire series of Netflix under its heels.

It also secured its space in the list of top 2019 Netflix series in terms of views and popularity among the audience. You’ll find all the details about Love Alarm Season 2, including the spoilers! But first, for those who haven’t seen the series, let’s understand what Love Alarm is!

What Is Love Alarm? 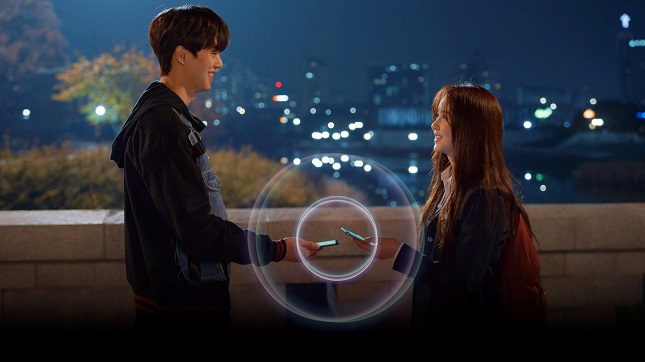 Love Alarm is a story of three young teenagers who come of age when the world-changing mobile application called Love Alarm is launched. It is like a dating app. If switched on, this app notifies the users who in their 10-meter radius have soft feelings for them.

Since the application is connected with the user’s heart, there’s no way that the result is wrong. This creates some problems when two best friends – model Hwang Sun Oh (Song Kang) and his housekeeper’s son Lee Hye-Yeong (Jung Ga-ram) – both fall for the same girl, Kim Jojo (Kim So-Hyun).

As soon as Netflix released season 1, millions of viewers binge-watch all eight episodes. The first season ended with big suspense and made the followers crave for more.

The first season of Love Alarm arrived on August 22, and as of October 29, Netflix renewed the show for season 2. We can’t assume how many episodes the second season will have, but looking at the fact that season 1 had eight episodes, it seems like a good bet.

Director Lee Na-Jeong once said in an interview that if the only first season were a hit, they would go for the second season. And it looks like the words come true. On October 29, 2019, Netflix renewed the show for a second season.

The production team arranged script reading on February 21, 2020. The directors for season 2 are Kim Jin-woo and Park Yoo-Yeong.

Netflix declared the returning Love Alarm on different social media platforms and a video with Love Alarm cast members announcing the arrival of the second season.

The COVID-19 pandemic critically hit almost all the projects in the global entertainment production for an indefinite time. The filming of Love Alarm Season 2 was no exception.

According to sources, the recordings and shooting have come to an end recently. However, the makers have not announced the official release date for season 2. But it might arrive during the first half of 2021.

Love Alarm Season 2: Who Will Jojo Choose? Here’s The Answer!

Many viewers predict that the upcoming season would resume where its first season ended. The last episode ended with Jojo struggling to decide between Sun-oh and Hye-Yeong, ringing both of their love alarms but unable to ring either of theirs because of the guard that Cheong Duk Gu (Lee Jae-Eung) gave her.

Love Alarm season 2 would undoubtedly give the viewers an answer to the ultimate question of what will happen to this love triangle, probably even telling who Jojo ultimately picks.

The cast and crew wanted to seize the spontaneous moment on the last day of their shooting with a series of photos, but it revealed a spoiler, indicating who will win Jojo’s heart at the end of the season.

can't find Sun Oh in this photo, seems like jojo – hyeyeong are really the end game just like on the webtoon

As is the tradition in Korean shows and other productions, the team often poses to remember all the members after a successful show. Following the tradition, team Love Alarm posted a few pictures where we only see two of the heroes: Kim So Hyun and Jung Ga Ram. 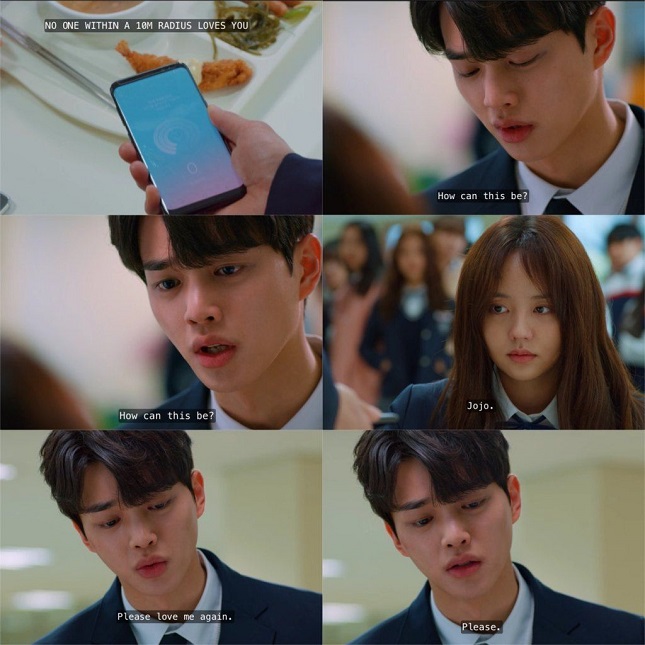 The absence of the third hero suggests that Song Kang completed his scenes from before, so he wasn’t there till the end. Given this, it has started to presume that the series might also follow the end of the webtoon. So we will see Jojo and Hyejeong remain as a pair until the end.

Lastly, there’s still the secret about the developer of Love Alarm. Those who follow the show know that Duk Gu created this application since he gave Jojo the unique shield tech, and we saw him in the developer’s room before disappearing.

However, someone else gave the Love Alarm 2 presentation instead of Duk. Where did he go? Why does the company pass off someone else as the developer? These are the possible questions that Love Alarm season 2 could answer. 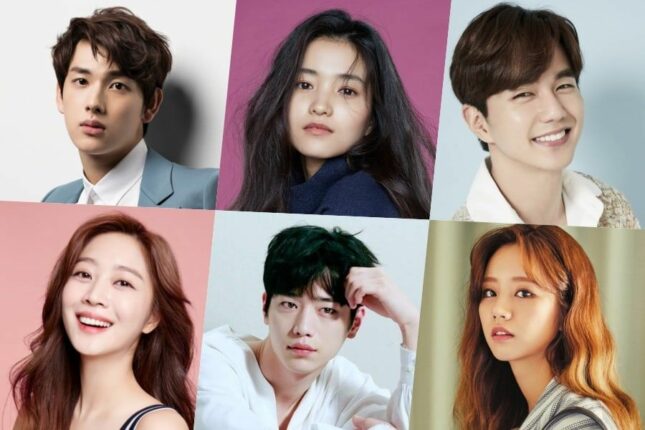 It looks like the cast will remain the same for Love Alarm Season 2 as well. Here are the leading characters of the series:

Love Alarm has rung the bell in every viewers’ heart since Netflix released it in 2019. The series has come a long way in a short time and make it to the top. Now that the filming is over, the ball is in the tech team’s court.

We haven’t heard anything about the release date, but we’re hopeful that it will be announced soon. Till then, if you haven’t seen Love Alarm season 1, you can stream it on Netflix HERE.

Stay tuned to BestOfOtaku for the latest news about your favorite tv shows and anime!