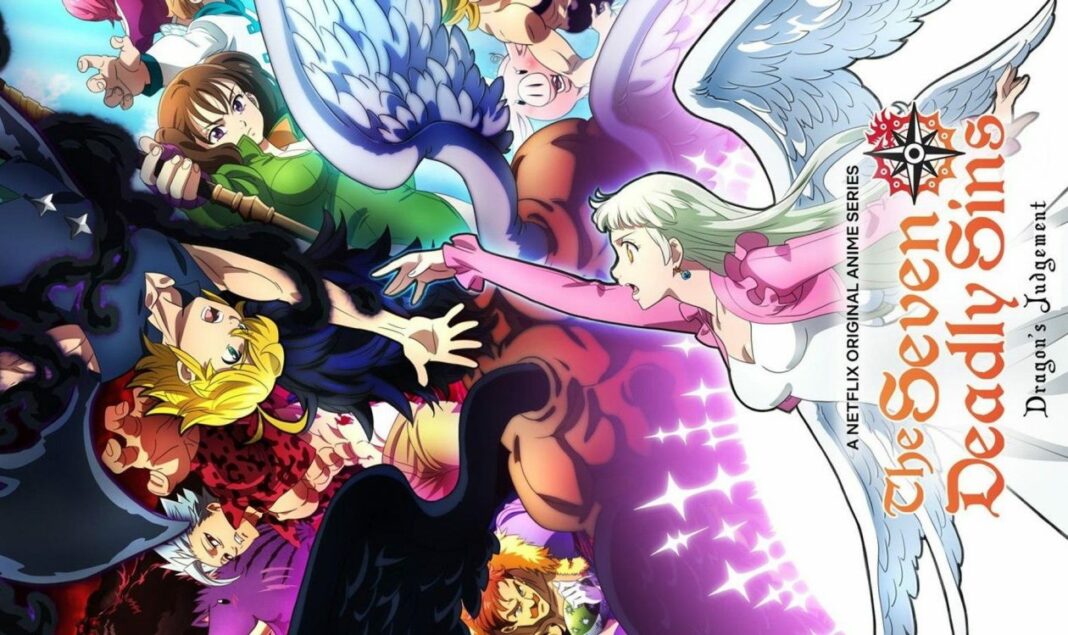 Let us know all about the seven deadly sins, the ten commandments, and what are the uses of their magical attacks and all their power, and all about the 10 powerful demons.

I arrange deadly sins ranked wise on this list according to their power level. The Ten Commandments and the demon race are successfully sealed by the Coffin of Eternal Darkness until Fraudrin escaped the seal when the people of Danafor broke it.

After becoming the new Demon King of his own volition and sacrificing his godly power, Meliodas has destroyed all of the Commandments who used to be ten elite warriors.

Derieri, a formidable demon with increased senses and sheer might, is the first on the list. Purity’s commandment relates to the sixth of the Ten Commandments in the Christian Bible, which prohibits impure thoughts: “Thou shall not commit adultery.”

Her curse is that anybody who conducts unclean acts in front of her will get ill. Derieri’s major skill is Combo Star. If she continues to assault without being interrupted, her blows can gain an extra 200,000 pounds of force relative to the last one.

If her strikes are halted, the game will reset, and she will have to start over. It’s a scary ability on its own, but when paired with her demonic longevity, speed, and power, it can kill anything in seconds with a flurry of blows.

Drole, commonly known as Balor, is the Giant Clan’s creator. According to the clan’s tales, he is also their previous monarch and a deity to some.

Balor previously boasted about his own might, but that vanity was destroyed when Zeldris quickly vanquished him during the First Holy War.

As a result, he defected from the Giant Clan and became a demon, succeeding Patience as the previous demon of Patience and joining the Ten Commandments.

His physical attacks of him are the greatest if you compare them to all the ten commandments.

Patience’s curse is that anyone who demonstrates intolerance of suffering will be dealt with even more misery. Instead, it appears to be based on the fourth of the Ten Commandments, which states, “Honour thy father and mother.”

He has immense power as the creator and most strong of the Giant Clan since he has the ability to mold and reshape the earth to his desire.

He can send a being’s soul back in time and harness the power of darkness, much like the rest of the Ten Commandments.

After Hendrickson breaks the seal, Estarossa takes Meliodas’ place as the demon of the Commandment Love.

He, like other demons, has the capacity to control darkness. Estarossa’s major ability, Full Counter, is identical to Meliodas’, except that he can only return physical assaults that are more than twice as strong as the original.

Combo Star is Derieri’s main ability. Her punches can get an additional 200,000 pounds of force compared to the last one as long as she continues to attack without any interruptions.

Not only that, but he can control black flames, which can stop an immortal named Hellblazer from regenerating.

He is also the middle son of the demon king, and commandments fought person’s body.

His curse of Love is that whoever stands before him with hatred in their heart will be rendered powerless to harm or inflict damage to anyone else.

He has incredible control over the Earth and is able to dissipate Creation magic from lesser giants because of his closer connection to the Earth.

“Love your neighbor as yourself,” he says, quoting the Bible’s Ten Commandments. According to his Love curse, whoever comes before him with hatred in their heart would be left impotent to injure or inflict injury on anybody else. Mael, one of the Goddess Clan’s Four Archangels, is subsequently revealed to be his true identity.

He was on God’s side in the ancient holy war but then turned into a demon clan, ancient war.

Everyone’s memories are reforged as a result of the modification of the demon Gowther and his son,’ giving the archangel a different identity as Estarossa as retribution for slaying Gowther’s beloved in the Holy War 3000 years ago.

Fraudrin is first introduced as the demon that has been possessing Knight Dreyfus for the past 10 years. He escaped the seal after the people of Danafor broke it and began to plot to release the rest of the Ten Commandments.

In order to do so, he had to use the blood of the Goddess Clan but was unable to find any until he discovered Liz. But that was not enough, and the death of Liz caused Meliodas to destroy the city of Danafor due to his wrath.

He later succeeded in resurrecting the Ten Commandments and acting as a replacement for the Commandment Selflessness. Despite being so, he wasn’t granted the ability of the curse as Meliodas stated that he is nothing but a substitute.

His main ability, Full Size, allows him to grow a giant proportion that also increases his strength and endurance along with the range of his attacks.

Galand is introduced as a battle-crazed, elite warrior of the Ten Commandments serving under the Demon King.

His true ability was way more powerful than his own magic power, and when he activated his demon marks to the fullest, he became a very powerful demon.

He is known to be very sadistic and eager to go on a battle against new and powerful enemies. Even after his powers are mostly drained from being sealed away for 3000 years.

Truth’s curse determines that whoever tells a lie in Galand’s presence will be turned to stone. Only the ones who are aware they are lying will be affected.

However, being petrified of Escanor’s power during the day. Galand tries to flee the battle and is turned to stone by his own commandment.

He also possesses great power, able to travel to Camelot with 72 high jumps and able to stop Diane’s 998kg Gideon with a kick when she is attacking him.

His ability, Critical Over, heightens his physical strength to the maximum limit. He can maintain this strength until his magic is all used, plus he uses an ax-like weapon called Halberd.

Gloxinia is the first king of the Fairy King Forest but then turns into a demon after the betrayal of a human named Rou and Stigma. An alliance made of humans, fairies, giants, and goddess clans during the Holy War 3000 years ago.

He is the first king of the Fairy King’s Forest. But he was later defected and became Commandment, but he was the first fairy king.

He initially has an upbeat and carefree personality that hides a sadistic nature that taunts others and kills. Unfortunately, due to the betrayal of the human Rou, he harbored a deep hatred toward humankind.

Like King’s Spirit Spear weapon, it can change form. Gloxinia often keeps the form of tentacles wrapped around his body. His main ability is Disaster, a power he shares with King.

His curse, Repose, is that anyone who fights without rest in his presence will have their magic sealed away. Not only that, but he also possesses Spirit Spear Basquias and an ability called Disaster. Like King, it allows him to control life and death throughout nature to draw out the power of Basquias.

Grayroad is a mutated gray demon and the youngest among the Ten Commandments. She is cruel to the point of turning humans into lower demons in order to turn them against each other.

Her initial power is implanting demon plants into creatures that lack magic and trapping them in egg-shaped pods. It will detach and hatch into low-class demons meant to serve her if left too long.

Though, her pride was broken when Ban broke her commandment by displaying undeniable faith for Meliodas.

Curse’s main ability is the ability to inflict her targets with different kinds of alignments that will cause them to use violence.

This ability works well with her curse, Pacifism, in which whoever kills someone in her presence will have their time stolen and rapidly age until they die.

Melascula appears as a young woman with long pink hair. However, she was originally a small poisonous snake that had lived for 300 years bathing in miasma from the Demon Realm.

Due to the miasma, she’s able to turn into a giant hooded snake and eventually able to take the form of a young woman. She eventually gets recruited by the Demon King and possesses the Commandment Faith.

She’s able to form portals for various purposes and has shown to have the ability to manipulate the dying and the dead, along with their souls.

She can also draw out her opponent’s soul by reciting a demonic incantation. Her curse, Faith, will set ablaze anyone’s eyes who shows faithlessness in her presence.

Unlike the rest of the Ten Commandments, Monspeet is not one for violence. He mostly acts like a gentleman, in contrast to Derieri’s brash and rude personality. Sometimes even translated her words in a much more polite manner.

The Demon King bestowed Monspeet with the commandment Reticence. People who spoke out about hidden emotions or feelings would be silenced. His “Trick Star” ability is an innate magic power that allows Monspeet to swap two objects.

Though his powers are not meant to be underestimated, as he’s considered the greatest user of Hellblazer. His main ability, Trick Star, allows him to switch two objects with each other. His curse, Reticence, will have their voices blocked if they express hidden feelings or emotions.

Last but not least, Zeldris is the leader of the Ten Commandments. He is also Meliodas’ younger brother and the youngest child of the Demon King.

Meliodas and Cusack trained him. He’s able to render Camelot’s military forces easily without breaking much sweat and has extraordinary reflexes.

His main ability, Ominous Nebula, creates a vortex that sucks nearby enemies. And things into one place around him and are sliced at a god-like speed by pure reflexes. He’s also shown to be able to use Hellblaze like Estarossa and Monspeet.

Meliodas is shocked to learn that Zeldris tells Meliodas that the Demon Kings wanted Meliodas as his successor.

The father and son clash, but the Demon King notices that Meliodas is not using his own godly power out of fear of accidentally killing Zeldris,

Piety will curse anyone to serve the Demon King if they turn their back on him. As it will be treated as an act of treachery.

All the ten commandments have a unique power gifted by the demon king.

What is Galand the truth ability?

When he makes a vow with someone, they have to stick with that, and if not, then they will turn into stone. Even Galand, who is a caster of the spell, will be stone.

Who is the highest commandment of the demon clan? 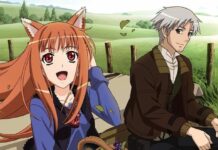 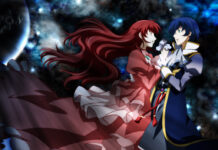 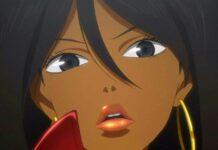 Diabolik Lovers Season 3 [Under Production Or Ready to Release?]