Welcome to the most interesting 35+ smug anime face blog. Trust me, and this will make you smile for sure.

You are going to love all the smug anime faces here, so let’s start the blog and do read this.

Every manga author gives the animator rights to make or turn his characters to have a smug face.

35-Naruto From Boruto next Generation

We all saw naruto being a hero in the naruto series, riding through waves, war, relationships, but now it’s time to do Hokage work. He wanted to be a Hokage, and he became one in the Boruto series, but still, he is going strong, and the recent fight is too damn awesome, but let’s see the smug face of naruto.

34-Saitama From One Punch Man

I think Saitama can always have a smug face because of the baldness.

She is daring, and she is a dragon girl who is a maid. She loves cookies and always supports the cafe to have her dragon tail dish.

She is an army woman in the U.S army, and she can manipulate air with her tattoo power.

She can increase the speed of the bullet and change the direction with her air ability. That’s why she carried a knife and pistol.

Mayaka is a very short girl, her height is around 4’10, but the attitude she has is very high, she is friendly but not so friendly that you can laugh with her.

She already has an evil-looking face, so it’s not hard for her to have this face.

29-Akane (and you thought there was never a girl online?)

Are you a different person when you play games? That’s what Akane is. She is rude and not friendly when she is in the real world, but Akane allows everyone to join her when she plays the game.

She can be your best friend or best enemy, and her roasting power is way above the rest of the characters in the anime.

She is a holy girl and a 15-year young teen who has given herself to god and agreeing to turn into a sister for church.

She is serious most of the time, but she can also crack some jokes.

She has two types of mode, indoor and outdoor the authentic self of her is indoor, where she turns into a chibi character. 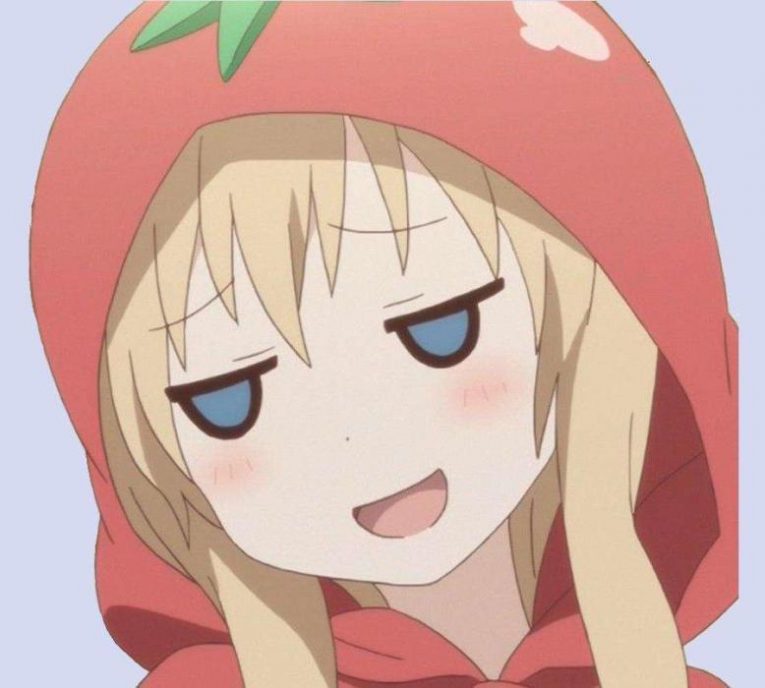 A tomato-smug anime face is what makes Kyouko different. You will enjoy the moment and your day will be happy.

She is cute and kind but also sometimes very selfish, and she also tries to improve herself from the bad experience.

She is an open-minded girl who can give you the right to judge her, which is weird, but she is my type of girl.

He can kill you with his death stare, and he is not found of good friendship.

She is a very serious and a partner killer girl who is not a human, but all the characteristics are like humans except empathy for her fellow members.

Sword art online is an app and a game whose founder is unknown.

She is cute and kind, and you will fall for her, but you will just laugh when you see her smug face.

She can kick your butt anytime, so be afraid of h, butat she is lovely.

She is kind, sweet, but at the same time savage.

She is funny, kind, and very lazy, but she somehow gets a good score in her study.

Kyouko has blonde hair and is tall, but she would be a perfect girl if she started thinking before saying anything because Kyouko irritates people a lot.

She support and gives a sign to all the people who allow being in pranks with her.

Hello to kido, who is cute but naughty and can make you fall for her sweetness.

The girl with blue hair and naughty eyes.

She is funny and evil, always trying to prank.

She is the boss in the anime and has one of the deadliest stares.

You want to see the most confusing person, then there it is, Konata. She is cute but still dumb also, but it’s ok. You can deal with her.

Tail gear anime is serious anime, but still, you will find some anime characters with smug faces.

He is my favorite person in Fullmetal alchemist.

He is in a support role and loves cookies to eat with tea.

There is no way that Gintama does not have characters who have shown smug faces because it is one of the funniest anime series.

This is so normal in Gintama, having a smug face.

You will see many kinds of faces in the haikyu series because it’s sports and comedy.

We all saw Goku in beast mode super Saiyan, but we also saw that he is also one of the funniest and dumbest anime characters.

Is it necessary to put a smug face in anime?

Yes, it gives a bit of fun to the comedy scene.