Amazon Prime Video confirmed the sixth and final season of The Expanse. The fans are wondering why is The Expanse season 6 the end of the series? Let’s try to find out the answer in the following article!

Amazon recently declared that it approved The Expanse for another, sixth season to wrap up the series. This is disheartening for many fans. The Expanse is still in demand, then why is it ending with season 6? Is it the end of the story? The fans are asking to fill in the gaps. 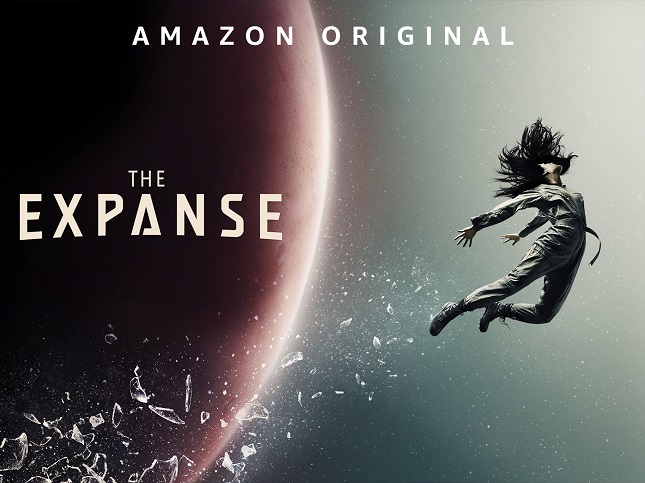 The Expanse is one of the most popular sci-fi series on television. The producers and scriptwriters of the series are Mark Fergus and Hawk Ostby. Along with them, Naren Shankar has performed the role of co-showrunner in the series. The Expanse takes its inspiration from the bestseller novel series of the same title by Daniel Abraham and Ty Franck, under the pen name James S.A. Corey. 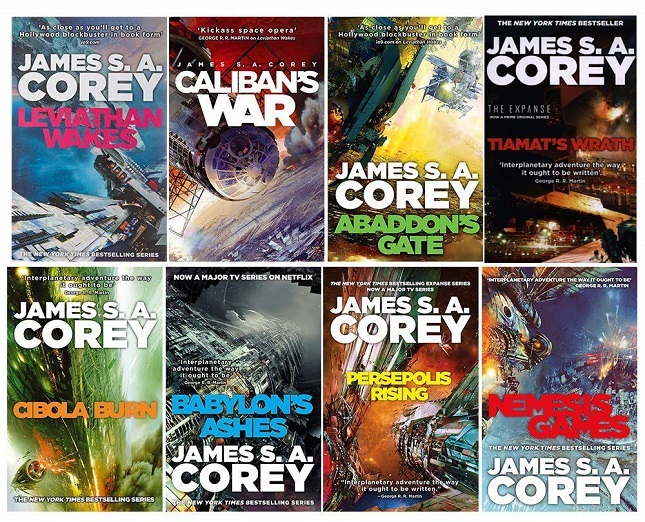 The story of the show is in a future where humans have colonized the Solar System. It revolves around the lives of a disparate group of antiheroes. The band includes the member of the United Nations Security Council, Chrisjen Avasarala (Shohreh Aghdashloo), police investigator Josephus Miller (Thomas Jane), the officer of the ship James Holden (Steven Strait) and his team.

They ignorantly unravel and set themselves at the heart of a conspiracy that risks the delicate state of the cold war.

This show has received rave reviews for its graphics, character growth, and narrative. Let’s dig deep into the world of the Expanse!

As the first season opens, we see Chrisjen Avasarala, an executive of the United Nations, tries to stop the war between Earth and Mars. The authority sends Joe Miller, a police investigator, to search for a missing woman, Julie Mao.

James Holden, Alex Kamal, Naomi Nagata, and Amos Burton go in a Martian gunship called the Tachi. They rename the vessel Rocinante. Rocinante becomes the main setting of the story.

By the end of the season, the crew of the Rocinante investigates and finds a biohazard that kills most of the people on the planet Eros, including Julie.

In the second season, Martian Marine Bobbie Draper fights with an inhuman creature on Ganymede. Later, he becomes a protégé of Avasarala. The team decides to help a father get his daughter back and, in the process, fights and kills the same creature, called Protomolecule, that Draper fought.

By the end, a research craft that was sent to Venus to examine the collision of Eros into the planet was found lifeless and totally destroyed by the Protomolecule. 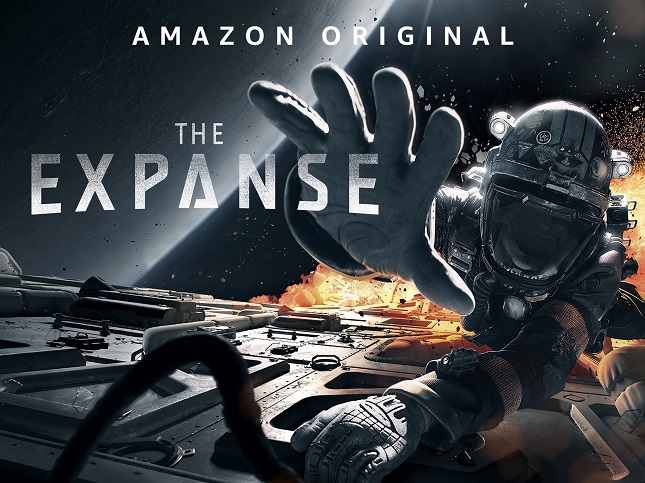 The third season depicts war declared by the UN, as Earth and Mars send ships to find out what’s happening on Venus. The Protomolecule creates the Ring, a structure that covers an orbital position beyond Uranus.

In the fourth season, we see a rush to other solar systems with livable worlds opened up, accessed through the Ring. Refugee vessels from the belt and overpopulated Earth are suspended at the entrance.

The team of the Rocinante is sent into the gateway to examine the situation on Belter refugees’ exoplanet. They have joined an authorized advanced scientific mission with special military support. By the end, we learn that the trials to terraform Mars start to sink as ready-made inhabitable worlds are now available.

The Overview of The Expanse Season 1 to 5

The Expanse premiered with its first season on Syfy in 2015. Viewers call it a “Game of Thrones in space.” Sadly, right after three seasons, Syfy refused to work with The Expanse. This left the fans in wonder, and they demanded to save the show.

Finally, in 2018, Amazon Prime came to rescue the fans’ favorite show from an abrupt end. 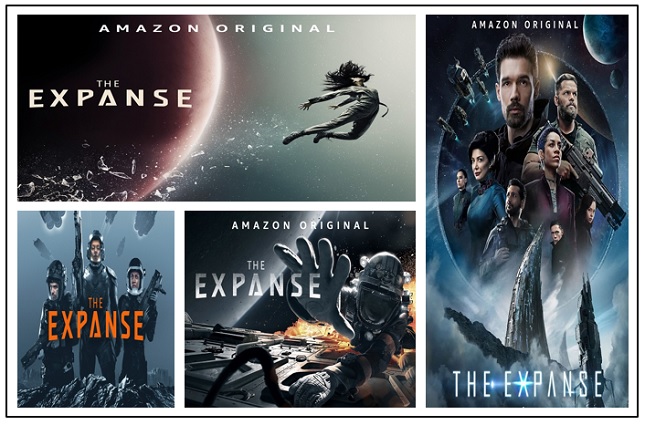 Amazon doesn’t reveal the numbers, but the surveys refer to the success of The Expanse season 4. Luckily, the production team completed the shooting for the fifth season before the lockdown, and the journey of the Rocinante is going to continue in 2020.

If you liked the narrative and want to watch it, you can subscribe to Amazon Prime Video. The first three episodes of the fifth season will arrive on December 16, 2020. After that, the remaining episodes will come weekly till February 3, 2021.

Will The Expanse End With Season 6?

Regarding the reference material, the seventh season includes a 30-year time leap, creating a big issue for scriptwriters to handle. In prior interviews, the producers said they were considering how to take this timeline leap. Ending the series with The Expanse Season 6 and bypassing the obstacle altogether makes more sense.

The crew can’t spend the whole season with old-person makeup or digitally aged by CGI, but the leap is necessary to continue the narrative. You can’t neglect it entirely without varying wildly from the novels. Winding up with season 6 provides the production team to avoid such pitfalls. 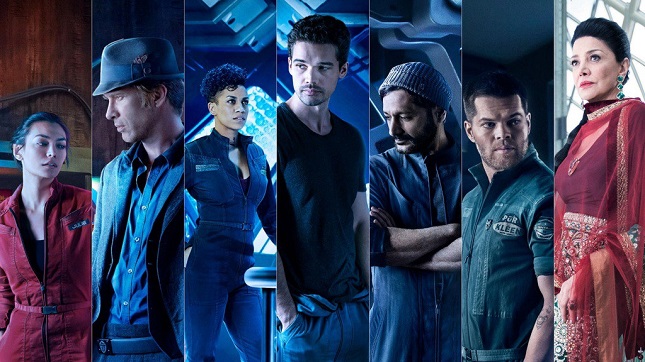 The fans might think that six seasons are not enough to tell the narrative of The Expanse, particularly as a new volume in the novel series is ready to be published.

Still, the program and novel author Ty Franck convinces the audience that a six-season arc was always the plan.

In an interview with Polygon, Daniel Abraham and Ty Franck refused to declare it a cancellation. Instead, they prefer to consider it as a pause. During a press release for season 5, Franck said they have what they think is a very natural pause for the story after the sixth season.

“It’ll feel like a satisfying end to the story we’ve been building over the first five seasons. I think one of the things that are sort of an outmoded idea is the idea of being canceled.” – Ty Franck.

As far as the content availability for the future seasons, there’s no doubt.

The producers have enough reference material left in the novel series. Moreover, there’s one more book to be released in 2021.

From Franck’s remarks, it seems that they have deliberately left the novel series adaptation incomplete to use it in the future if the show reappears on the screen.

But even if it doesn’t arrive, one of the executives has assured the fans that they won’t be dissatisfied with the end of the series. In an interview with Inverse, Abraham said that The Expanse Season 6 wouldn’t include the content from books 7, 8, and 9. It will be based on the sixth book – Babylon Ashes.

If they do any televised stuff for books 7, 8, and 9, they’ll never have any problems as all the volumes will have been out for a while.

What to Expect From The Expanse Season 6?

Without having the fifth season, it is difficult to predict how will the sixth season be.

Hopefully, with the release of season 5 in December, the viewers will soon understand what to anticipate in the final season.

Fans of The Expanse who have not read the books have a lot to learn, apparently through Bobbie Draper’s eyes, about that conspiracy and how it will change both the governments of the solar system and the fate of the ring gates.

If things come to an early stage in season 6, there would be much time to consider the more profound mystery still hovering over the series:

Who created the Protomolecule, and what ruined the galaxy-spanning civilization?

The answer to this question remains to be found in the final book of the series in 2021. However, you can find many penetrations in Book 8 that you can relate to Marco’s Free Navy’s defeat and the rise of the new government in Book 7. It would also let The Expanse to cover the 30-year time leap between Books 6 and 7.

The Release Date For The Expanse Season 6

The Expanse seasons 4 and 5 arrived in December on Amazon Prime, so season six might follow the lead. As soon as our team at TheBestOfOtaku hears anything, we’ll update the article. Till then, stay tuned for the latest updates of your favorite shows!