After the debut of the fourth season of The Last Kingdom at the beginning of this year, the news about confirming The LastKingdom Season 5 has pleased the fans. Read the following article to get exciting details about the upcoming season of your favorite show!

The Last Kingdom is a British historical fiction drama adapted from The Saxon Stories novel series by Bernard Cornwell. The writer of the show is Martha Hillier, and its executive producers are Marchant, Gareth Neame, and Jessica Pope.

Here in this article, we’ll discuss every small detail about The Last Kingdom. So let’s get started!

What is The Last Kingdom All About!

It is a modern saga of salvation, revenge, and self-discovery set upon the birth of England. The story revolves around the 9th century AD. 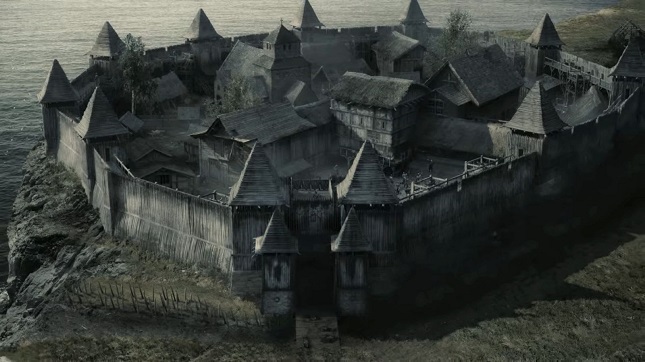 In 866, England was separated into the Heptarchy. The Vikings captured York. Vikings Dane gradually attacked, ravaged, and ruled over other Anglo-Saxon realms. Now only the Kingdom of Wessex stands defiant following its ideal King Alfred the Great.

Against this chaotic backdrop lives Uhtred, the main protagonist of the series. In all this chaos, the son of a Saxon nobleman was born. The Vikings killed his parents and then kidnapped him and raised him as one of their own.

The child’s loyalty is tested many times as he was forced to select between the land of his birth and the people of his upbringing. Uhtred always wondered – what is he — Saxon or Viking?

On a journey to claim his inheritance, Uhtred must take a dangerous road between both rivals if he is to execute his role in the birth of a new country and, in the end, regain his old estates.

The Last Kingdom is a series of brave actions and historical battles with a thematic profundity that includes religion, politics, hostilities, endurance, love, integrity, and the universal quest for identity.

Blending real historical characters and stories with fictional characters, it is the narrative of how a people combined their energy under one of the most iconic rulers of history in order to restore their homeland for themselves and create a place they call home.

The Last Kingdom Season 1 to 4

The first four seasons turned out to be a big hit as they hit high scores on a well-known online platform. Now that you know that the series is based on a novel series, here’s how the previous season covers the timeline: 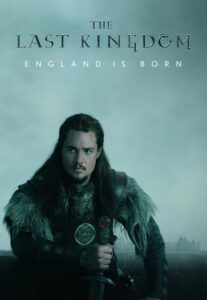 The Last Kingdom premiered with its first season on BBC America. The following season was a co-production of the BBC and Netflix. When BBC refused to renew it for the third season, Netflix took over as an exclusive producer.

Since April 2020, when the fourth season of The Last Kingdom aired, it’s been running great on Netflix.

The series has performed exceptionally well globally, appearing in many top ten lists, especially in Germany and France.

As you might know that this series takes its inspiration from the novel series; let’s take a look at how many books have been used until now!

The Last Kingdom star cast posted a video on the official account of the series on Twitter making the declaration about season 5, which you’ll see below. The announcement arrived within three months after the premiere of the fourth season on April 26, 2020.

It’s so good to know we’re good to go. All aboard the party bus! #Season5 #TheLastKingdom pic.twitter.com/OLzOH5Fckx

The lead actor Alexander Dreymon confirmed in an interview with RadioTimes that the shooting for the fifth season is to get started very soon.

“We’re going to start shooting towards the end of this year under strict COVID-19 guidelines, of course. We’re fortunate to be able to work at the moment,” said Alexander Dreymon.

Considering the interviews of Dreymon and Bernard Cornwell with the same source, the viewers can expect that The Last Kingdom Season 6 might arrive, which will adapt the final book.

So, fans can accept this as a positive sign that there are chances for The Last Kingdom Season 6.

The Significance of the Books on The Fifth Season

The latest season has followed the tradition of including approximately the events of two books from The Saxon Stories for each season. The fourth season used the events of the seventh and eighth books – The Pagan Lord and The Empty Throne.

With each season, the series differs from the books more and more, but upon examining the narrative of the novels, you’ll still find the hints of the main story that the show continues to develop.

Some details like Uhtred’s age aren’t addressed as broadly in the program as in the books, to which, by the proceedings of the fourth season, in the novels, Uhtred is above 50 years.

While talking about the upcoming season with RadioTimes, Alexander Dreymon, the lead actor, explained the production team’s difficulty with aging Uhtred.

He said that they’re facing that problem now, going into season five where Uhtred is technically… he begins at 54 and concludes up at 60 in the novels. That’s a challenge right now because how do they make it look like Uhtred has matured without making it funny? “We’re working on it,” said Alexander.

The fifth season will utilize the ninth and tenth books, titled Warriors of the Storm and The Flame Bearer. The narrative follows a matured Uhtred as he survives his greatest loss.

How Will The Last Kingdom Season 5 Be

There are a few speculations on how the story will proceed in the fifth season of the series. Let’s take a look at them!

Uhtred to Be Divided Between Loyalty and Love

In the latest season of The Last Kingdom, we finally witnessed Uhtred communicate with his kids far more than any prior seasons. Both his kids, Uhtred the Young and Stiorra, have inherited qualities from their father.

To set harmony between the Danes and Saxons, Stiorra was pleased to be used as the trade chip. She decided to follow Sigtrygger and go to Eoferwic. Meantime, her brother Uhtred the Young has agreed to maintain his church path and continue his studies.

Now that East Anglia is under Wessex and Mercia’s power, Northumbria is the last territory embraced by the Danes. The peace negotiation doesn’t seem to continue as Edward and Aethelflaed wish to fulfill their father’s dream of a united England.

Eoferwic is in the Dane region, which indicates that if Mercia and Wessex fought, Stiorra wouldn’t be safe. So what will Uhtred do? Will Uhtred fight for the woman he loves, or will he try to save his daughter Stiorra and the Danes?

Will Uhtred Try to Retrieve Bebbanburg? 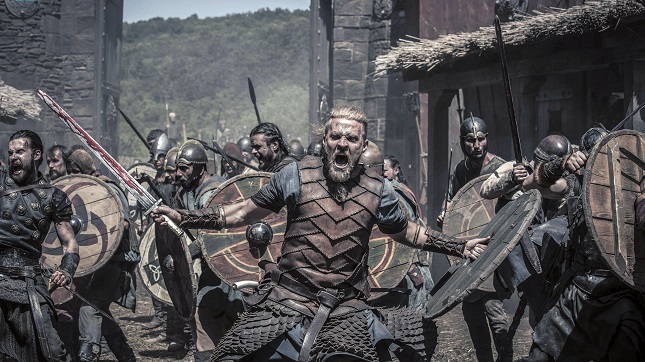 Despite how Uhtred felt after his failed attack, he wants revenge upon his cousin for killing Father Beocca. Whitgar made it clear that he won’t let anyone rule over Bebbanburg. It means he might go after Uhtred’s family to bring him out into the public.

The cunning and ambitious ealdorman, Aethelhelm, the Elder, wants to see his grandson. The second-born son of King Edward, Aelfweard, takes power upon his father’s death. Unluckily for Aethelhelm, King Edward’s mother, Aelswith plans to see her most beloved grandson, Aethalstan, on sovereignty.

Unfortunately, it doesn’t seem Aelswith has much time to live after being poisoned by Aethelhelm in the attack of Winchester. Even if she made a recovery, Aethelhelm would probably find a way to eliminate his competitor and make sure that Aethelstan does not have a reliable ally in court.

If anyone finds out about Aethelhem’s plans, it might have adverse results for him and his family.

New Threats From the North and East?

The Danes have lost much of their region to the Saxons, so it wouldn’t be shocking to see more Danes coming to redeem lost land. Brida, whom we last saw giving birth to Ragnar’s child, still wants vengeance on Uhtred and the Saxons. 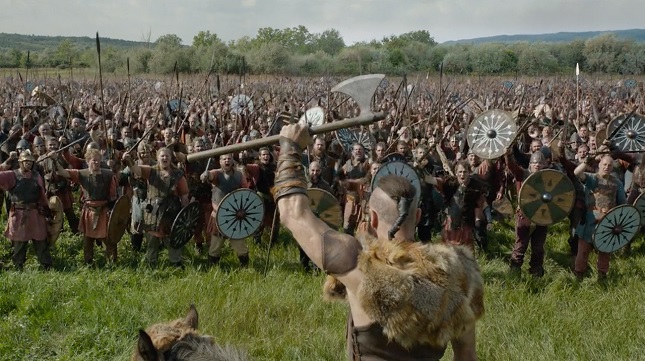 As for the North, the Scots have started paying more attention to southward. The Danes might give up land in the North if it suggests restoring the power of East Anglia and finally capturing Mercia and Wessex.

As The Last Kingdom is a story of revenge and war, there are many entries and exits that happen on a regular basis. However, the show is backed by a heart of a core team, many of whom are sure to return for The Last Kingdom season 5. 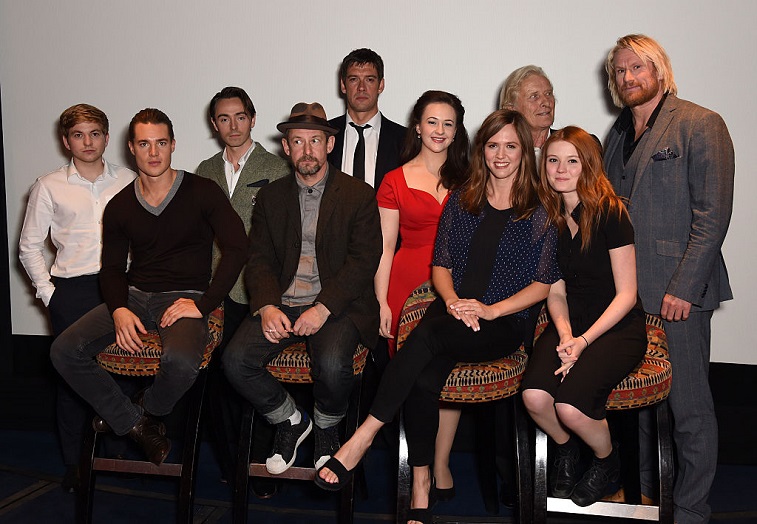 First amongst them is the main protagonist, Alexander Dreymon, who’s likely identified himself for life with his pitch-perfect acting as Saxon warlord Uhtred Ragnarsson.

The other supportive characters that are likely to return are:

We are still suspicious about the reappearance of Adrian Schiller as Æthelhelm, the Elder.

If this Netflix series continues in line with the novels, Stefanie Martini’s Lady Eadith will also have a vital role in the season. One character that might return is Aethelstan, the unrecognized eldest son of King Edward and future Emperor of England.

As Netflix took over the program from the BBC and included two extra episodes, it’s obvious that it will need an extra month or two between season premieres.

It got a total of 18 months between the release of the second and third seasons. The pause between the third and fourth season was also similar to this, which was 17 months.

If we follow the earliest one, 17 months from the debut of The Last Kingdom Season 4, season 5 would come in October 2021. If we go by the longest time between seasons, 18 months, it might shift the release date to November 2021. In both cases, it looks like The Last Kingdom season 5 won’t arrive before mid-2021.

With a show like this, every phase of the production is a long process, suggesting that the release date might even be pushed back till the beginning of 2022.

It looks like the fans have to wait for a while to enjoy The Last Kingdom Season 5. Don’t worry! The team at TheBestOfOtaku has selected a few TV series that have a similar theme. You can watch them while waiting for this fantastic show. 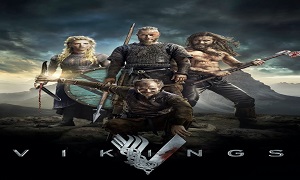 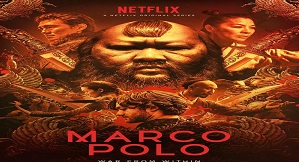 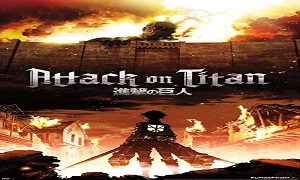 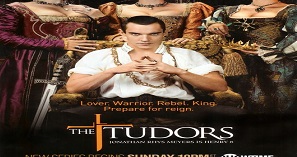 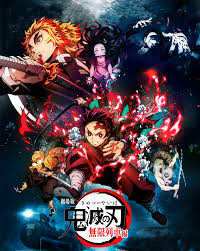 We hope this might help you fill your time while waiting for The Last Kingdom Season 5.