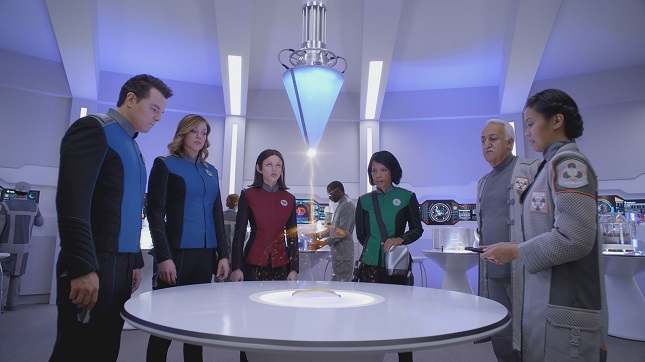 After back to back two successful seasons, The Orville is returning to space. Yes! The Orville Season 3 is in production. Here’s everything we know about the third season of The Orville!

What do you think when you hear about a series based on science fiction? You would say it will have boring and complicated devices and rockets. What else do you expect from such a show, right?

Wrong! What if we tell you that science can be fun too? The Orville is all about that. It is an American series based on a science fiction genre with a squeeze of comic drama.

The Orville arrived on the screens with its first season in 2017. The second season came a year after in 2018, and now it’s going to have another season.

The production team started working on the project in October 2019. So it seemed that The Orville Season 3 would premiere in 2020. But just like other productions, the team had to put a hold on the shooting as Hollywood declared lockdown in March.

Fortunately, the production house has resumed the work, and soon, the viewers will get to see the third season of their favorite show.

The Orville – What Is It? 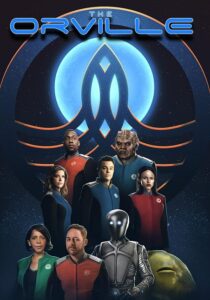 As we mentioned above, the show is a perfect blend of science with drama. It is produced by Seth McFarlane, starring himself as Ed Mercer. He plays the role of a director in the Planetary Unions line of exploratory space crafts.

Set on the titular USA Orville (EVC-197), The Orville is a 25th-century interstellar alliance of Earth and several other planets in the Planetary Union.

The team at Orville, both human and alien, meets the wonders and dangers of outer space. Simultaneously, they are also dealing with the usual, often funny problems at the workplace.

The series is inspired by different sources like Star Trek and The Twilight Zone. The series revolves around the lives of Grayson, Mercer, and the team of The Orville as they start their sensitive and exploratory mission.

Even if the series takes inspiration from Star Trek and operates some Star Trek vets behind the scenes, the producers of The Orville don’t compare themselves with Star Trek: The Next Generation or any of the new CBS Star Trek series.

The Popularity of The Orville Season 1 and 2

The Orville initially debuted on Fox with its first season in 2017. The second season was wrapped up in April 2019. The viewers liked the series very much.

The first season received a 94% score from the audience on Rottentomatoes for its excellent concept, visual effects, and design. Moreover, when The Orville season 2 got released, it continued to get the highest score on the same platform.

Following the first season, the production team released the second season focusing more on internal conflict within the Planetary Union, a break with a sworn enemy, and an ominous threat in the Kaylon. 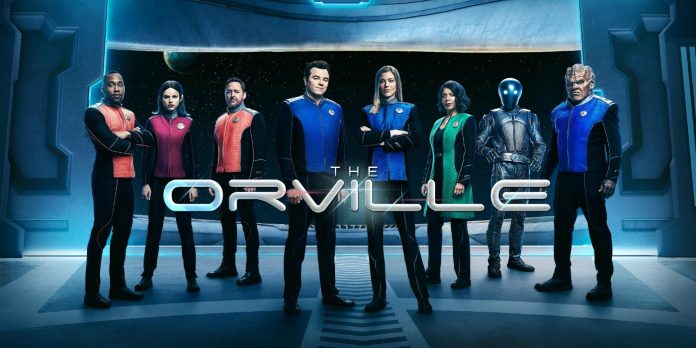 Production on the third season launched last year, setting the program on track for a fall 2020 debut. But, the COVID-19 pandemic disrupted the progress in March 2020.

Since then, The Orville remained postponed, leaving followers with no idea of when they can expect season 3 to release. Now that the production work has started, it seems that the upcoming season might be as dramatic and power-packed as its production is.

What Do We Have So Far On The Orville Season 3

The official Twitter account confirmed that the production on the third season resumed on December 5, 2020. The news came with a slate photograph, which informs that MacFarlane is directing the episode they are currently filming. Have a look!

And we’re back! Season 3 filming has officially started. #TheOrville 💫 pic.twitter.com/jkMx19WbiE

There were rumors that the team would need an extra five to six months to complete the filming. That means the fans have to wait until late 2021 if we consider the news right.

The production team of The Orville started working again in the first week of December, suggests that they must be following COVID protocols in the studio and probably won’t get any more delays in the premiere.

In an interview with trekmovie, David Goodman and Costantino said that they were almost midway in shooting the next season when they locked down. By this, you need to understand that not actually half the episodes are ready.

The crew was shooting the season applying cross-boarding, suggesting that scenes from different episodes were taken depending upon the specifics like places, actors, etc., instead of filming each episode separately.

The production will last through December until the Christmas and New Year holidays and then continue in early January.

The Orville is Finally Back!

The confirmation of the news regarding the third season of The Orville came from the official social media account of one of the producers, Seth MacFarlane. He posted a tweet where he announced that the production of the series has started.

And as of today, @TheOrville is back in production!

Shifting the series from airing on the Fox Network to streaming on Hulu is a rather big step. However, David says the switch isn’t really changing anything for The Orville except one thing. Let’s see what it is!

Goodman said that it hasn’t changed. Being on Hulu gives us more freedom. The way Seth operates the program, they take the opinion where it takes them. They often talk about the shows and episodes they want to do. They write it and then design it. And what Hulu provides is, once it is ready, they don’t have to be concerned about the run time. So, there will be a variation in the lengths of the episodes. It lets them leave some stuff to have had to skip if they were on a network.

How Many Episodes Will There Be in the Third Season?

According to sources, The Orville creator and showrunner Seth MacFarlane announced at NYCC 2019 that the episode order of the upcoming season would be somewhat smaller.

The third season of The Orville will have only 11 episodes on Hulu. But, the good news is that these episodes would be a little longer, extended by 10 minutes or more in some instances.

How Will The Orville Season 3 Be?

“I am confident this will be the most surprising season yet. It is not going where you think it is going.”

There’s very little information available about the storyline for the next season. The associate producer and editor Costantino gave a hint in an interview and said the following,

“Storylines will not be dropped. There will be a continuation of things we care about, characters we care about. Even some things people online have complained about.”

Throughout the prior seasons, Captain Ed Mercer and his ex-wife/first officer, Commander Kelly Grayson, have been working on their broken marriage. While Ed tries to patch up with Kelly, she’s rejected him at every attempt due to the conflict of interest and their disturbing past. 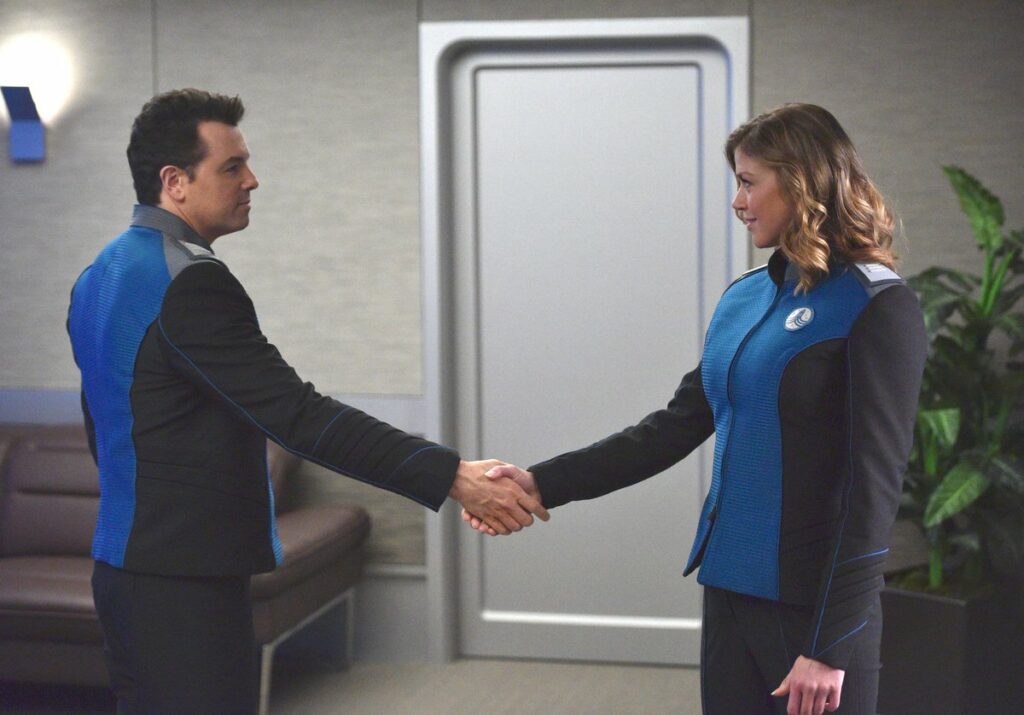 Things were falling into place in the final episode of the season, “The Road Not Taken,” where we understand how valuable Ed and Kelly’s relationship is to The Orville timeline and universe.

For the story to proceed, they just have to come to an understanding and stick with it.

The end of the second season has served as both a proper sequel or series end, as there was a convincing end to the brief time travel arc of the series. Luckily, it didn’t end the show, and their experiments will continue in the future.

In the third season, the narrative of The Orville and its team will be proceeding with new adventures coming on their way. What they might be and how they will end up is a mystery.

The Orville Season 3: Cast and Crew

Now that The Orville is all set for its third season, there are a few basic things the followers of the previous seasons would be excited to know. In the next season, McFarlane will return as Captain Ed Mercer with the other crew members. Here they are! 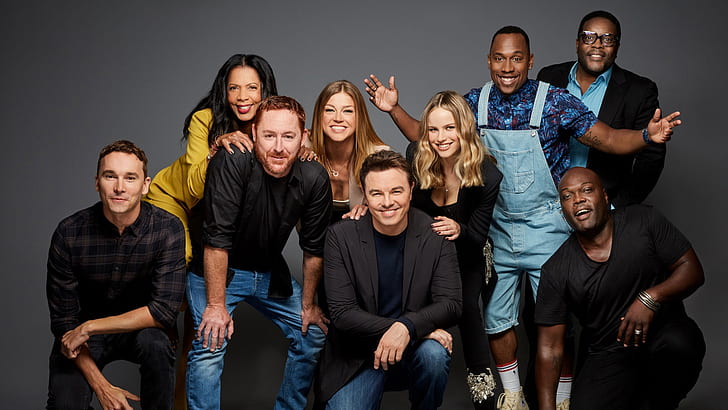 Season 2 saw the elimination of Lt. Alara Kitan, starring Halston Sage, from the team. Jessica Szohr’s Lt. Talla Keyali replaced her. The fans expect to see some new characters in the upcoming season too.

According to Deadline Hollywood, Anne Winters, an American star, will join season 3 as a series regular. We’ll see her in a character named Charly Burke.

After enjoying the first two seasons of The Orville, the viewers are now expecting the third season to come soon. But, with the shift from Fox to Hulu, it is not clear when the series will return on the screen.

The production house released the first season in September, while the second season was on hold for midseason and didn’t come until April. We can assume that season 3 might arrive in mid-2021.

We have not heard any official statement about the release date for The Orville Season 3 at this time. As soon as we get anything, we’ll update the article.

Will The Orville Return With Season 4?

While asking about the future of The Orville in an interview with trekmovie, David Goodman said that you never know what the future holds, or if there will even be a future.

Hulu has not committed for the fourth season. Goodman promises that if the third season is the end of The Orville, the series will conclude with a satisfying finale.

Moreover, he added that since they are not serialized, they always make the last episode of the season that feels great. If you observe the two season finales, if those were the last episodes, in both situations, the viewers would feel they served as the final episode.

While waiting for Season 3, you can stream a movie or series based on a similar theme. We have hand-picked a few for you to enjoy. Here they are: 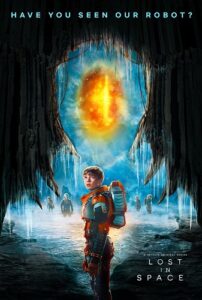 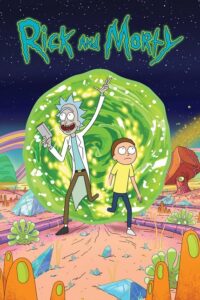 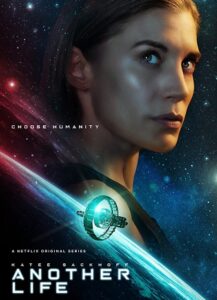 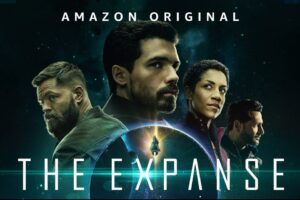 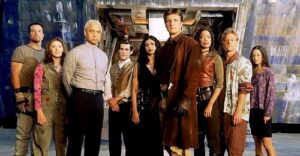 The Orville is one of the most popular shows online. After the first two successful seasons, the production house is working on season 3.

The followers believed that the third season would arrive in the latter half of 2020, but the team has to stop the filming because of the global pandemic. But, as the shooting has resumed, there’s a strong possibility that The Orville might arrive in mid-2021.

We hope you would have got enough information from this article. While waiting for The Orville Season 3, you can watch similar shows as mentioned above in the article. Stay tuned to TheBestOfOtaku for the latest updates!