What Is The Rising of The Shield Hero All About! 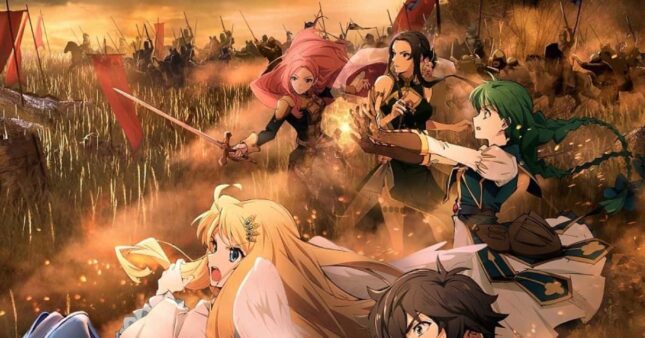 The anime focuses on the life of Naofumi Iwatani. He was summoned to a parallel universe and three other teens from the same world. His mission over there is to challenge interdimensional beasts called waves and to become the world’s mightiest warrior.

Each hero has its legendary weapon that comes to them when they call upon. Naofumi’s weapon is the strong shield, while the others get a sword, a spear, and a bow. 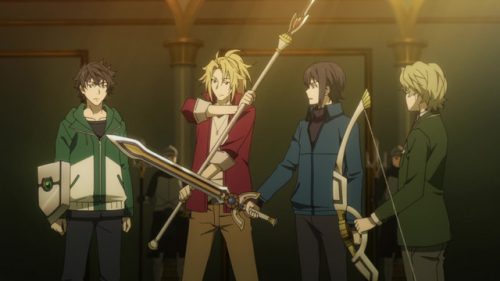 The heroes were on their way to fight Wave, but things took a wrong turn for Naofumi. One of his companions, who is also the princess, deceived him. He also lost all his belongings.

Moreover, she also falsely accused him of being a sexual offender. After all these unfortunate incidents, Naofumi decides to take revenge and prepare himself to be the strongest warrior.

If you haven’t seen this anime, you can tune in to the channel AT-X to stream, while North America will also broadcast it in association with Funimation and Crunchyroll.

The first season depicted Naofumi’s rise as the Rising of the Shield Hero. Unlike the other three warriors of the kingdom, whom the king and the princess have destroyed. Naofumi suffered misfortune from the onset of his venture.

Naofumi became more skeptical and more powerful after the people he trusted betrayed him and left him alone.

At his weakest point, he joined a work contract to make sure that his companion wouldn’t trick him as the others did. Throughout his adventures, Naofumi finally found real friendship, exceeding the other heroes. 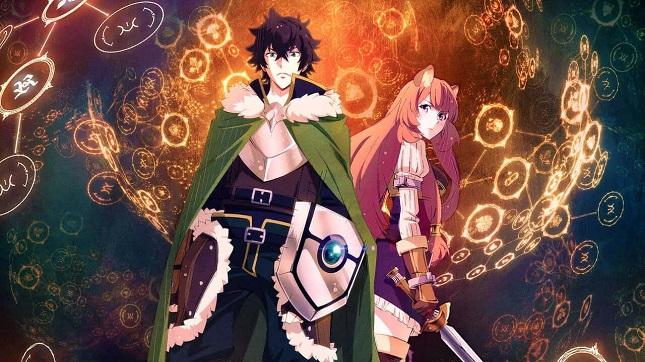 The last episode of the previous season revealed a few heroes from another world. Naofumi has to work harder if he wants to save this world as he is the only hero from his world who is ready to give a tough fight to other powerful heroes.

Naofumi said that he wants to leave the kingdom that held all of the heroes to themselves in the previous season. The interference of the former king and princess conflicted with Naofumi’s beginnings, keeping him from examining the rest of the kingdom that the warriors were originally meant to share duties for. This provides Naofumi the chance to explore more of the realm while fighting against surrounding waves of enemies.

The Rising of the Shield Hero Season 2: Renewal Status

In the 2019 Crunchyroll Expo, the viewers got the good news that their favorite anime series is back with a second season.

Season 3 is confirmed to be in production. pic.twitter.com/uHTjgSPGeu

After confirming the news via Twitter, the streaming service announced,

“Crunchyroll, the world’s most popular anime brand, is excited to announce that ‘The Rising of The Rising of the Shield Hero’ is coming back for two more seasons.”

After the renewal’s announcement went live, the producers also gave some hints of what would happen in season 2. As shared during the expo, the official outline states that as Naofumi, Raphtalia, and Filo are getting new partners, they’re also facing new enemies. Learn more about the vast turtle carrying a village on its back and how the Rising of the Shield Hero and his partners will be fighting along their adventure.

They also announced that the scripts are ready, and the new battles will be much more aggressive. The makers have not released a trailer for the second season as of now. But, the fans did receive a teaser.

The Rising of the Shield Hero Season 2 will resume the story from manga Volume 12 with a narrative about a Spirit Tortoise that instantly leads to the main enemy. As for the number of episodes for season 2, it seems that the second season will also be a two-cour show.

Will There Be The Rising of the Shield Hero Season 3?

The anime got renewed for the second season because of the immense popularity that the show observed after the first season ended. With the announcement for the Rising of the Shield Hero season 2 in the 2019 Crunchyroll Expo, the service providers also revealed that the third season is also in production. Yes! Season 2 and 3 both are in production.

The news made all the otakus very excited as they were anxiously waiting for the anime to return. The news about the third season was like a double bonus for the fans! Our best guess says that right after the second season ends, we’ll get the Rising of the Shield Hero season 3 as well.

The Rising of the Shield Hero Season 2: Release Date

The director of the show declared on Twitter that the new season would arrive in late 2020 or early 2021. We assume that the global pandemic must have hit the production just like it did to Young Justice and Made In Abyss. It was later confirmed that season 2 would premiere in 2021.

We got this message during the virtual edition of Crunchyroll Expo for 2020. The committee gave lots of insights about the upcoming season.

While waiting for season 2, you can watch anime like The Rising of the Shield Hero. Don’t worry! You don’t need to hunt for it.

Our team at BestOfOtaku has done the work for you. Here are the top 5 TV shows like The Rising of the Shield Hero:

The anime mentioned above has a similar theme to The Rising of the Shield Hero. We hope you like them.