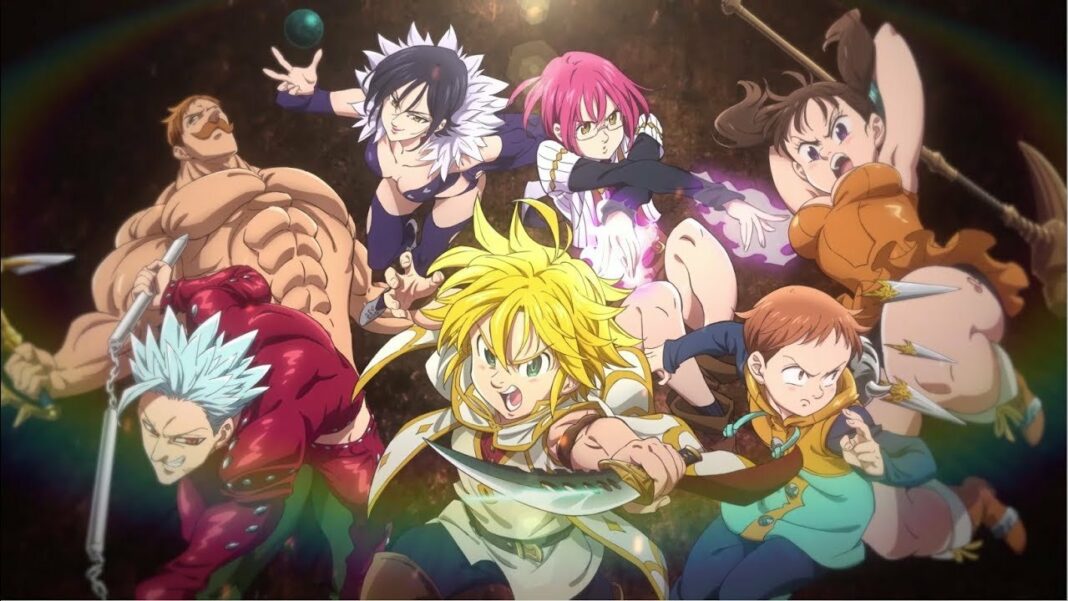 Nanatsu no Taizai, more popularly known as The Seven Deadly Sins, is a Japanese fantasy anime series. It is a licensed Netflix Original animation series based on the manga of the same title by a very famous manga artist Nakaba Suzuki.

Despite getting dissatisfied with the animation quality of the fourth season, anime lovers are still eager to see more from the famous series. The viewers should be glad to know that The Seven Deadly Sins will undoubtedly return with season 5 and be available on Netflix. 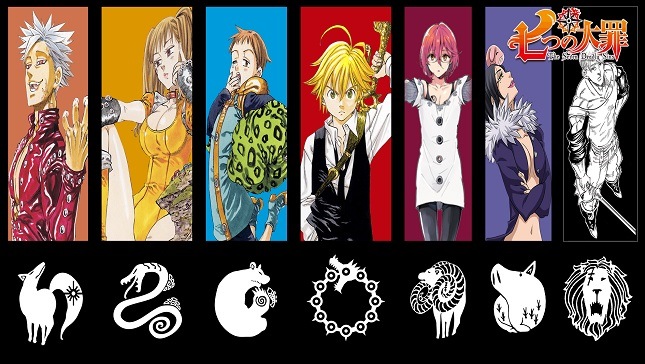 This popular anime is taken from the popular manga of the same title, which appears in Kodansha’s Weekly Shōnen Magazine. It presents a group of degraded knights named The Seven Deadly Sins on an action-packed fantasy venture in the World of Britannia, a well-known faux-medieval European background.

Ever since its first run, The Seven Deadly Sins has been a constant player for Netflix. For those who haven’t seen this series, let’s take a quick recap of season 1 to 4!

What is The Seven Deadly Sins is All About! 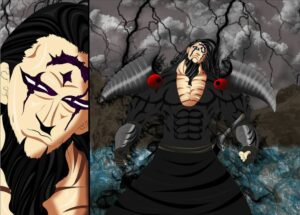 After the battle between the Holy Knights and the Sins, Princess Elizabeth successfully leaves them and reaches the nearby town. There she meets Meliodas.

Elizabeth couldn’t identify Meliodas as the Meliodas she ran into looks like a pre-teen child. After realizing Meliodas was “The Meliodas” from the Seven Sins, she opens up to Meliodas of her father and the kingdom. She used to think that only The Seven Deadly Sins can bring harmony back to the kingdom. 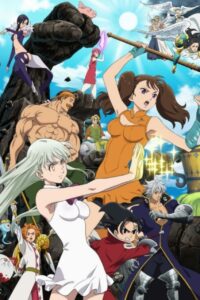 Before we start examining the seasons, here’s is the list of Season 1 to 4 for those who want to stream while waiting for The Seven Deadly Sins Season 5:

The series opened by familiarizing its viewers with its narrative in the first season. In the seasons that arrived later really pulled up its sleeves and released all of its greatness in the anime world.

Sadly, the latest season of The Seven Deadly Sins was not able to meet the expectations of its followers. The reason behind the failure was the low quality of animation.

The anime lovers have noticed a significant difference in the animation quality of the fourth season compared to the previous seasons. This is because the animation has shifted from A-1 Pictures to Studio Deen.

Studio Deen contracted their animation to a South-Korean animation studio, Marvy Jack. The final result got significant resentment from the anime community. Studio Deen is yet to clarify if they will still be managing the full production for The Seven Deadly Sins Season 5.

The Confusion Regarding the Sequence

We noticed that there is a variation in the counting of the seasons. It began in 2016 when the audience considered the four-episode Original Video Animation – The Seven Deadly Sins: Signs Of Holy as the sequel when the producers released it on Netflix.

Based on this, Netflix Japan will issue the episodes of Nanatsu no Taizai Season 4 as they broadcast on TV stations in Japan. At the same time, Netflix U.S. will postpone the release of The Seven Deadly Sins Season 5 due to the English, Spanish, French, and German dub.

As the episodes are still several months away from their Japanese release, we can only presume the new storyline of the season. At the end of the fourth season, Meliodas exposed his true satanic form. He revealed himself as the “head of the Ten Commandments.” It is a surprise that seems possible to affect the next arc significantly.

What to Expect From The Seven Deadly Sins Season 5?

The fourth season of The Seven Deadly Sins ended at what would be chapter 267 of the comic series. The manga series has a total of 346 chapters. This leaves only 79 chapters left for the anime to use. Considering this element, there’s still a considerable amount of narrative to cover.

A second holy battle is brewing. Fairy Clan, the Goddess Clan, Giant Clan, and the humans united troops to defeat the Demon Clan.

Estarossa of the Demon Clan captured princess Elizabeth, and it’s now up to the new unified forces to retrieve her. We’re also anticipating a huge discovery about the past of the Love commandment. 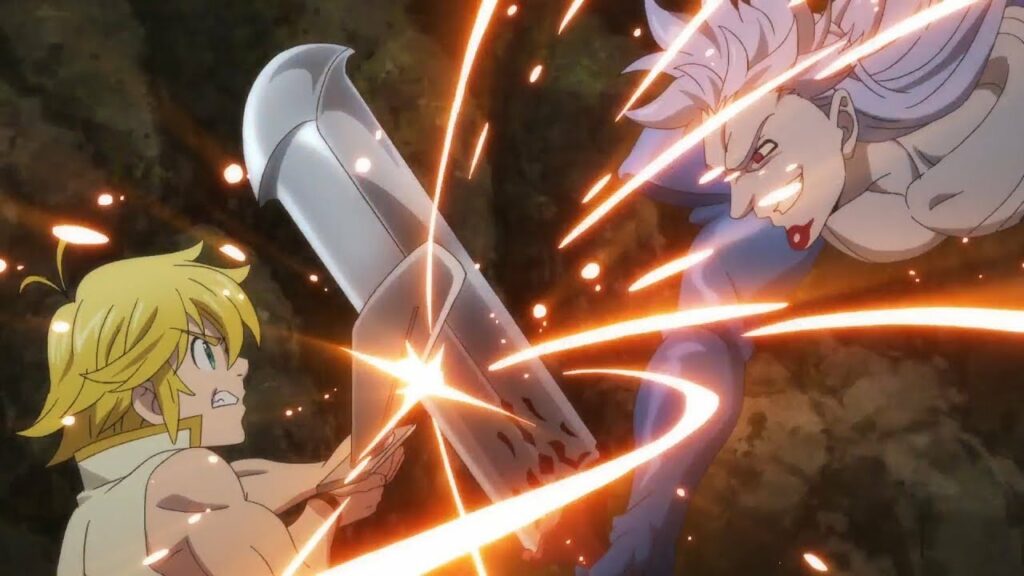 Ban is curious to find the real Melodias in purgatory to take him home to Britannia. Ban and Melodias are the only members of The Seven Deadly Sins who can outlast the purgatory.

However, time flows differently in purgatory. How long will it take before Ban ultimately finds the real Melodias all the fans once loved?

Moreover, there’s the big egg carrying the body of Melodias waiting to hatch. If that happens, a more powerful, more evil Melodias will wake up. He will then have plans to be the new Demon King of the Demon Clan.

Will the joined forces be able to stop it?

Will There Be The Seven Deadly Sins: Season 6? 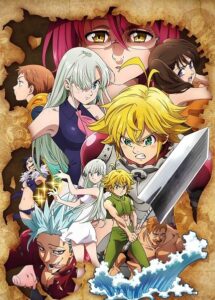 The series is resuming with its title, signifying the theme by naming the final season The Seven Deadly Sins: Dragon’s Judgement.

The fourth season – Seven Deadly Sins: Wrath of the Gods, was a specific reference to the main narrative arc in the story of the manga series that headed toward the climax of the anime series.

The anime producers have scheduled the fifth season of this popular anime to be released in Japan in October 2020. But, just like other anime series, it had to be postponed due to the COVID-19 pandemic.

The Japanese telecast will take place in the months of January and June/July. Considering that we might get The Seven Deadly Sins Season 5 in August as the fourth did, we may have to wait until Winter 2021/2022. 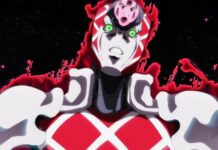 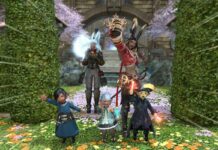 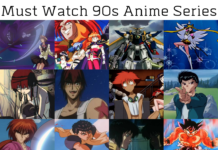 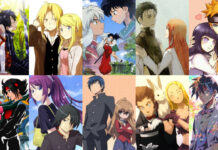