The fans are wondering why they haven’t seen Tokyo Ravens season 2. If you’re one of them, read the following article.

Tokyo Ravens, as an anime, has had constant growth over the years. The series has evolved quite well, making a small dedicated fan following over the years that are still expecting season 2.

Here in this article, we will explore everything about why we haven’t seen season 2 yet. We’ll also look over the possibilities for the sequel.

But first, let’s see what Tokyo Ravens is all about! 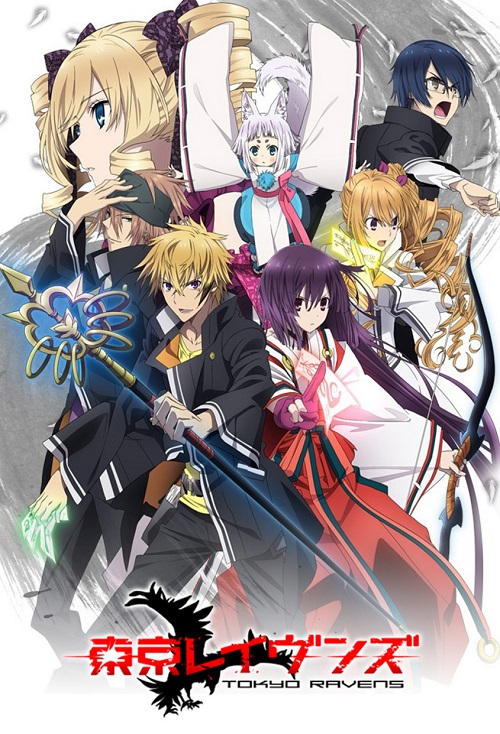 Tokyo Ravens is a Japanese anime series. The show adapts a light novel series of the same title created by Kohei Azano.

The illustrator of the anime is Sumihei. It was changed into a manga series in 2010. The production house released an anime series on October 9, 2013.

The series is about Omnyodou magic. It is a powerful supernatural method. An Omnyoji Yakou ritual is performed to make Japan a great nation, but it goes wrong and creates the entire Japanese region to be haunted.

The Onmyo Agency upgraded since then to take precautionary and preventive actions against any supernatural movement so that devils can never make their way in the actual world. 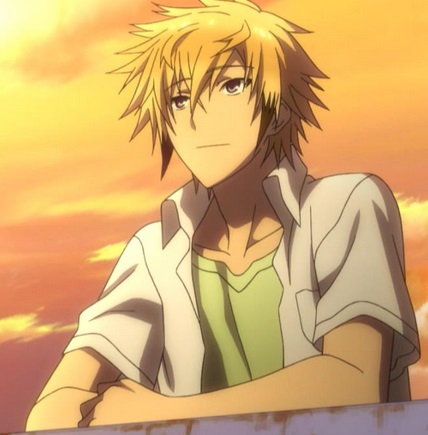 The narrative of the show is about Harutora. He doesn’t have any magical powers despite being born to an Onmyoji house.

He strives to save the planet when he knows that Onmyo Agency is trying to recreate the ceremony. As Tokyo Ravens is taken from a manga series, let’s learn more about the manga series!

The sections have been organized into eight volumes. They were serialized in Shonen Ace.

The second manga, Tokyo Ravens: Tokyo Fox, succeeded an original fiction on Kon. It was adorned by COMTA and issued in Fujimi Shobo’s ‘Age Premium.’

The third manga is Tokyo Ravens: Red and White. It was an original spinoff represented by Mochizuki Azumi.

The next manga, Tokyo Ravens: Swords of Song, started serialization in Kodansha’s monthly ‘Shonen Rival.’ It was issued from October 4, 2013, to August 26, 2015.

The fifth manga is Tokyo Ravens: Girls Photographs. It focuses on female figures in the series. This manga was published in Kadokawa’s ‘Monthly Dragon age.’

The Narrative of Tokyo Ravens Season 1

Tokyo Ravens is about an old powerful magic spell named the Onmyoudou. The Japanese used it during World War II.

This unique strength let them get an advantage throughout the war and prove themselves as the most vital force known to all. But before Japan could perform the ritual, their power was defeated by an onmyoji called Yakou Tsuchimikado. He also created the “Great Spiritual Disaster.”

It changed not only the history of Japan but also the citizens who live there. After this event, the residents of Japan had no option but to form an alliance known as the Onmyou Agency that takes the leadership to exorcise such events and stops demons from invading their world. 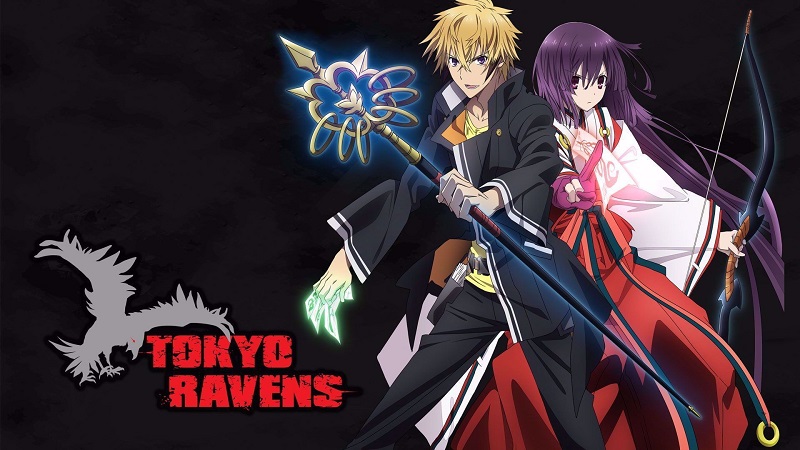 The magical art of Onmyoudou has become far more popular in the present-day. It has many real-life applications in different fields, such as medicine and technology.

However, not everyone can use these abilities, and one of these few people is Harutora. But when another member of the Onmyou Agency strives to recreate the storm like before, Hrutora must give up on his ordinary happy life and fight by Natsume’s side, to whom he had earlier committed.

The Ending of Season 1 – Explained

The last episode of the anime opens with a flashback to the past when Kon first met Yakou. By the end, we see Natsume recovering in a big hall.

Harutora comes to visit her. A quiet disclosure occurs, and it ends with Harutora walking into the sunset on the road with his two companions.

People consider the ending as bittersweet and sad but romantic. Many forum-goers and viewers understand that Harutora, having been fully recovered as Yakou, leaves Natsume to discover a way to bring her back entirely. 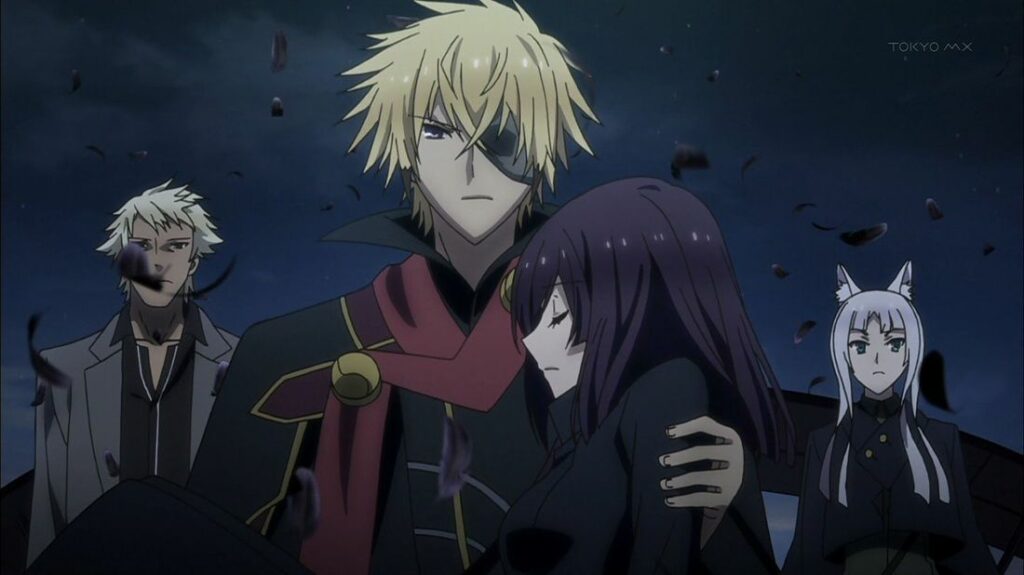 One more reason to leave her is that she can find a resolution or fix whatever ceremony he performed in his early life, which ended in that colossal disaster at the beginning.

The last episode was just the writers’ idea of presenting Kon’s past. It leaves much scope for consideration and a lot of room for the chances for a second season.

But many of the side characters were pretty unresolved in this matter. Other than the point that Natsume was returned alive (thank the anime powers she had), the season didn’t give proper conclusions to Suzuka, Touji, Ohtomo, Tenma, D, Kyouko, and Amami.

Overall, Tokyo Ravens had its ups and downs everywhere in its first season.

The first season got a mixed response, and since then, the fans wonder why there is no second season so far. Will the fans ever get Tokyo Ravens season 2?

In the next season, the viewers might see how Harutora and Natsume’s bond develops into the narrative.

The first season of Tokyo Ravens was released on October 9, 2013. It went on till March 26, 2013. There are 11 volumes of the original light novel, out of which the anime used only nine. 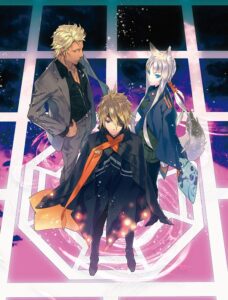 So, for now, two books are left for the narrative of the anime, which is clearly not sufficient for a whole new season. In this instance, it seems like the anime was made solely to promote the light novels.

It means that the chances of getting a second season now only depend on the sales of the light novel series.

For animes, the chance of a sequel relies on many factors like the source material, the previous season’s popularity, and demand for the sequence.

We have examined these factors for Tokyo Ravens Season 2. Based on that, here is what we know about the feasibility of a Tokyo Ravens season 2. Let’s discuss all significant factors in detail:

For Tokyo Ravens, the reference material is the light novel of the same title. The writer of the light novel is Kōhei Azano, and Sumihei illustrates it. The first volume of the novel was published in May 2010.

To confirm whether there will be more anime sequels, we need to see how many light novels the author has published so far. Is the book coming to an end? If the narrative is ending, there are very fewer chances of continuation.

Currently, there are 16 light novel books of Tokyo Ravens has been published. The latest book was published on October 20, 2018. There is also a Manga series, including six volumes. The last one got released in February 2014.

The first season of the Tokyo Ravens anime used volumes 1-9 of its light novel series. This is way higher than a usual anime series includes in one cour adaptation.

So, the anime can use the leftover published light novel books. 7 out of 16 volumes are remaining. It indicates that the second season of Tokyo Ravens might begin with volume 10 of the light novel series.

The chances of another season of an anime series rely depend on the profit and the sales of its reference material, merchandise, Blu-ray copies, and viewership on OTT platforms.

Most of the anime shows lose cash or take years to recover the loan and make a profit.

Unfortunately, the makers have released only one season yet. So we just have to concentrate on how the first season played, and it should be successful.

Talking about Tokyo Ravens Blu-ray copies, the first season was released on eight CDs in Japan. The regular sales per volume were about 2200 copies. It is the usual number, not too much but not too bad as well.

Tokyo Ravens hasn’t done too well when it comes to selling light novels either. Other than these contexts, Tokyo Ravens also profits from the international permit for streaming on Crunchyroll, Funimation, and other online platforms, collaboration with sponsors, and other trades. But that numbers are also much far than satisfying.

Tokyo Ravens is a different kind of anime series. Despite being well-received afterward, when it was telecasted. Most anime lovers skipped it, considering Tokyo Ravens as just another generic show. The few who saw it were a bit astounded by the 3D views and character sketches.

As stated earlier, it looks that the first season was created only to promote the light novel series. The plan has rebounded as despite being an excellent anime, the first season disappointed the makers and failed to increase the sales.

Now, the chance of getting a season 2 rely on the sales of the light novel series, which are very low.

According to a few reports, the producers have no intention to carry forward the anime franchise. It has been more than five years, and there is no disclosure on season 2 yet.

The official website for Tokyo Ravens is not accessible now. The questions regarding season 2 are sinking. It is definitely not a good sign.

It seems like the fans are waiting for Tokyo Raven season 2, but the figures are revealing a different story.

Why Hasn’t The Anime Returned Yet?

Things took a wrong turn with this anime, from the source material to selling and reputation. It isn’t very pleasant for the fans who did hope for the second season, but it sometimes happens.

If we look at the context the first season of Tokyo Ravens adopted, we can say that it got hurried with nine books for two cour adaptation.

The Tokyo Ravens light novels are quite packed with about 400 pages each, so we wonder how much the show skipped!

The average speed would be one volume for five to four episodes of the show, but the first season of Tokyo Ravens covered one book for 2, 5 episodes on average.

We’ve already described above that it never made a profit or became famous for the sellouts and demand.

And for Tokyo Ravens, there isn’t even famous manga like in the instance of Goblin Slayer, which provides that series at least some assurance that Goblin Slayer season 2 will get declared someday.

What to Expect From Tokyo Ravens Season 2?

The next season of the anime series might not open from where season 1 concluded. It is from a different perspective than season 1.

The second season will reveal something that is not addressed yet and is foretold till now. Tokyo Ravens Season 2 might concentrate more on the root of demonic powers. It might also expose the truth of the Onmyoji ritual.

The Tokyo Ravens definitely deserves another season. The build-up was dull and ambiguous in the first half, but then it picked up the pace in the second half.

And with the last episode of season 1, they literally left us at the edges of our sofas jumping with delight.

Finally, after 23 episodes, Harutora confesses his true abilities and can deal with some severe damage. And on top of it, we have Natsume back.

The season finale alone is sufficient to get the viewers hooked, and we can only expect more. The fans also refuse to believe what happened last as the end.

Sadly, the first season of Tokyo Ravens left nothing but disappointment for the production house. There is no possibility that they might invest in producing more of this show.

So we have to assume that the studio Eight Bit might never announce Tokyo Ravens season 2.

Maybe someone might authorize the light novels so the anime lovers can at least complete the story. Considering the popularity of this anime, we wonder that even that will happen, sadly.

Tokyo Ravens Season 2 was never formally declared, so there is no confirmed release date for the show in 2020.

The article will get updated next year, and we will see if something maybe comes up. Click Here if you are interested in the possibilities of some other popular animes getting a sequel.