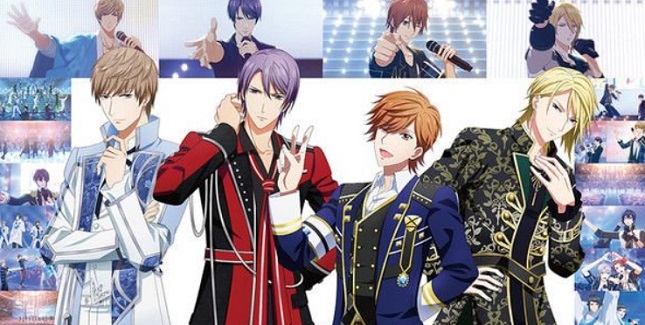 Are you guys ready to know the release date of Tsukipro the Animation Season 2? Let’s dive into the document to know more about it!

Tsukipro The Animation is a music genre anime series created by Itsuro and Kawasaki being the director of it.

The first season was able to catch peoples’ attention, and hence, season 2 also had to follow. Keeping in mind the on-growing demand of season 2, the creators’ team took it seriously and announced the official release date.

Yes, you read it right. The release date is in 2021. But when??? You have to read the further article for it!

Tsukipro is an idol anime series that is closely related to Tsukiuta anime. It follows the story of the musical life of the four idol groups portrayed in the story.

After the success of the first season, Yuichiro Umehara, Natsuki Hanae, Takuya Eguchi, and Soma Saito, the voice artists, started with live concerts.

Their concerts also bought new hype in fans and were profitable for the first season as well as the concerts.

There are many shounen anime series releasing in summer 2021. But we are sure that Tsukipro the Animation Season 2 will stand out amongst all. Let’s see what the latest updates are.

When is the release date of Tsukipro the Animation Season 2? 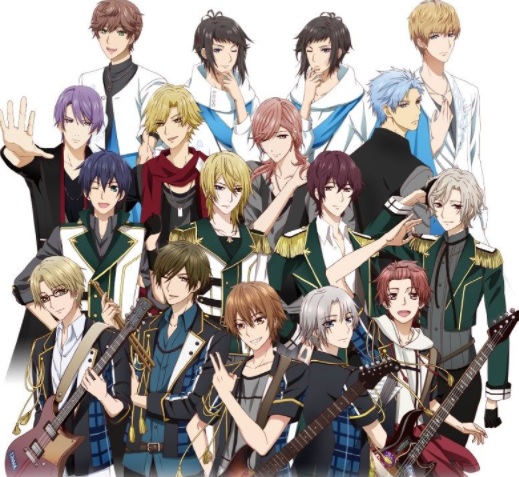 We know that you are getting impatient to know the official release date. So, without making you wait further, here it is:

Tsukipro The Animation season 2 is going to release on July 7, 2021.

It means in the next month itself. Great opportunity to watch the series as still, the covid-19 conditions are prevailing, so you can binge-watch the sequel whenever it releases.

It’s amazing, right? We have been waiting for the second part since July 6, 2016, when the first season was released. Now, it’s at our doorsteps and will enter the big screen in a short time.

What will happen in Tsukipro season 2? Who are the characters, is there any trailer video out? All these queries are solved in this article further.

Is there any official trailer of Tsukipro the Animation Season 2?

Talking about the trailer, no, no, it’s a short term compared to the miraculous videos that the official team has broadcasted.

YES, THERE ARE 5 PROMOTIONAL VIDEOS FOR SEASON 2!

What, you didn’t see them till now? Don’t worry, we have them for you in this article. Watch it with ease and enjoy!

Here is the first PV video featuring SolidS and their song “Love ‘Em All.”

Here is the second video. It features SOARA and their song “Gonna be Alright.”

Here is the third PV video. It features Quell and their song “Your Freedom.”

Here is the Fourth PV video. It features Growth and their song “The Journey of Freedom.”

Here is the final video that was released on June 7, 2021. It is the video that is revealing the release date of season 2. IT IS A MUST WATCH VIDEO FOR DIE-HARD FANS!

Will Tsukipro Season 2 have new characters?

Yes, Tsukipro, the animation season 2, will release with two new characters playing an important role in the series. This news was tweeted officially. Here’s the tweet:

We know that the tweet might be unreadable for people not knowing this language. So, here is the brief about what is mentioned in the tweet:

There will be two new roles in the second run. One will be the younger brother of Shiki Takamura, a member of the SolidS group. His name will be Keito Okamoto, and Yoshiki Nakajima gives voice to his character.

Also, there are no changes in the main cast members. They will remain as they were in the first season.

What to expect from Tsukipro the Animation Season 2?

The story of the first season focuses on 4 groups of idols- GROWTH, SolidS, Quell, and SOARA.

The same goes with season 2. It will focus on the routine life of these artists. Also, their hardships will be shown in the second part.

There is a huge characters list in the first season. Each idol group has 4 members each, except SOARA; it has 5 members. Calculating the members, it makes a total of 17 lead characters in the series.

It might happen that season 2 might bring Six Gravity Idol Group. Hence, there will be an increase in the star cast of the series. If we talk about the story, it will be peaceful and simple.

The actual plot of the second part is not revealed still, but season 2 might also bring some best-class music again that will be enough to amuse the fans.

In the end, we would like to thank you for reading the whole article with patience. Moreover, we have our eyes on the official team. If they release any further updates, we will update them with this piece of information.

If you want to settle up to date with the latest news, you can bookmark our page and visit it regularly. Till then, if you are engrossed in reading more articles about anime and its upcoming seasons, click here! Happy reading!