Violet Evergarden, also famous as Vaioretto Evāgāden in Japanese, is a coming-of-age anime tv series inspired by a light novel series of the same name. The writer of the novel is Kana Akatsuki, while it is illustrated by Akiko Takase. The novel series began on December 25, 2015, and continued till December 26, 2016.

A couple of years later, the publication of the light novel series Kyoto Animation decided to adapt the novel series into an anime series.

Violet Evergarden season 1 premiered on January 11, 2018, and turned out to be a big hit among fans of the novel series and new viewers alike. The anime won the Best Animation at the 2019 Crunchyroll Anime Awards.

Since 2018, the viewers are eagerly waiting for the second season of Violet to make a come back. Here, in this article, we’ll discuss every aspect of the anime. Let’s get started!

What Is Violet Evergarden All About! 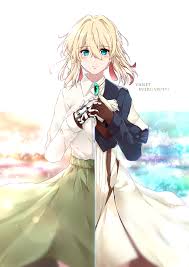 The story of Violet Evergarden takes place in a fictional world after a massive battle known as the Great War. After four long-drawn years of struggle, the Great War ultimately ended, leaving people in the Telesis region to rebuild their worlds. As time went on, Telesis begins to rise again.

In this backdrop, the series describes a retired soldier Violet Evergarden, who grew up simply to destroy enemies. After serving bravely in the war, Violet suffered significant damage in the last leg of the fight and end up in a hospital. She got prosthetic arms after she lost her arms on the battlefield.

After she heals from the injuries, she starts living with her guardian family and decides to see what life has to offer.

Later, Violet starts working at the CH Postal company. Unexpectedly, she comes across the work of amanuenses known as “Auto Memory Dolls,” who was initially used to assist Dr. Orlando’s wife. Afterward, they started passing on the dolls to different people who needed their services. 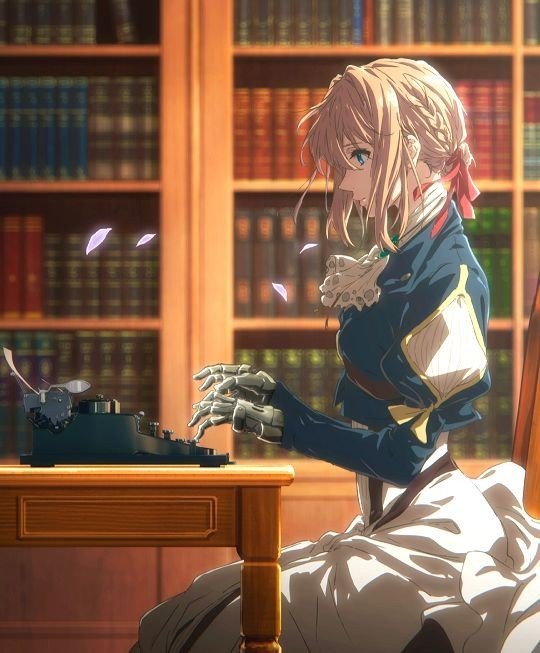 As Violet finds it challenging to settle back in society after what she’s gone through, she decided to be a ghostwriter in order to reconnect herself with the surroundings.

While trying to make her way back in society, she is also working on figuring out the meaning of “I Love You,” the last words of Major Gilbert, her guardian and trainer.

Having a beautiful appearance, Violet soon becomes one of the most famous dolls. How Violet gradually changes as the anime proceeds is pleasant to watch. We notice her slowly turn into a human being with emotions. All the other characters also develop well throughout the first season.

Ishidate Taichi, the anime director, believes that there are possibilities for the second season. During Anime Expo 2017, the panel asked the producers a few questions about anime production. Among the questions that were asked, one was, “When will you start Season 2?”

Thinking that the crew had released only one episode publicly for the first time, Taichi thought the question was amusing, but he answered, “If everyone here supports it…”

The official Twitter page of the anime tweeted the following regarding something NEW for Violet. Here it is!

Don’t worry if you didn’t! We know that all of you can’t read Japanese, so here’s the translation of what this post says!

Thank you to everyone who watched episode 13 on TOKYO MX1!

The new production of the anime “Violet Evergarden” has been decided!

It will be a “completely new work”! Stay tuned for more information #VioletEvergarden.

However, the post is two years old now, and we haven’t heard anything about the release date from the creators. It might be possible that the movie project must have interrupted the anime project, and the makers have to reschedule the anime for the second season.

Will the Movie OverShadow the Anime?

After the first season ended in April 2018, Kyoto Animation released an Original Video Animation (OVA) two months later, which was an exclusive episode. Afterward, they declared that the team is working on a movie that would adapt the anime they planned earlier. 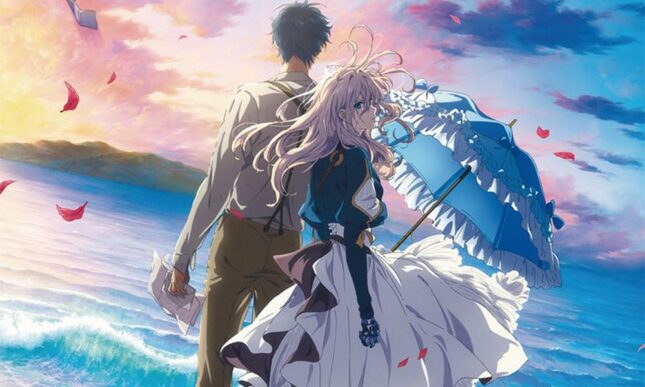 The film premiered in 2019. Later the producers also decided to go for another movie, which arrived in September 2020.

It’s dubious whether the second movie has adapted the central theme of Volume 2. Luckily, even if it does, the Violet Evergarden novel has room for season 2.

When Is Violet Evergarden Season 2 Releasing?

Many online sources declared that the anime would return for another season. Still, as there is no reliable news from the makers or the writers, we can not confirm the Violet Evergarden Season 2 release date.

Considering the fact that the movie came in late 2020, the producers might have rescheduled the Violet Evergarden Season 2 release date for 2021 or 2022.

For some fans, Gilber’s last words might be the central theme of the season. But for much of the viewers, keeping Gilbert alive in Violet’s memories is not enough.

The fans want to see Gilbert alive and say “I love you” to Violet in person now that she understands the meaning of the words. 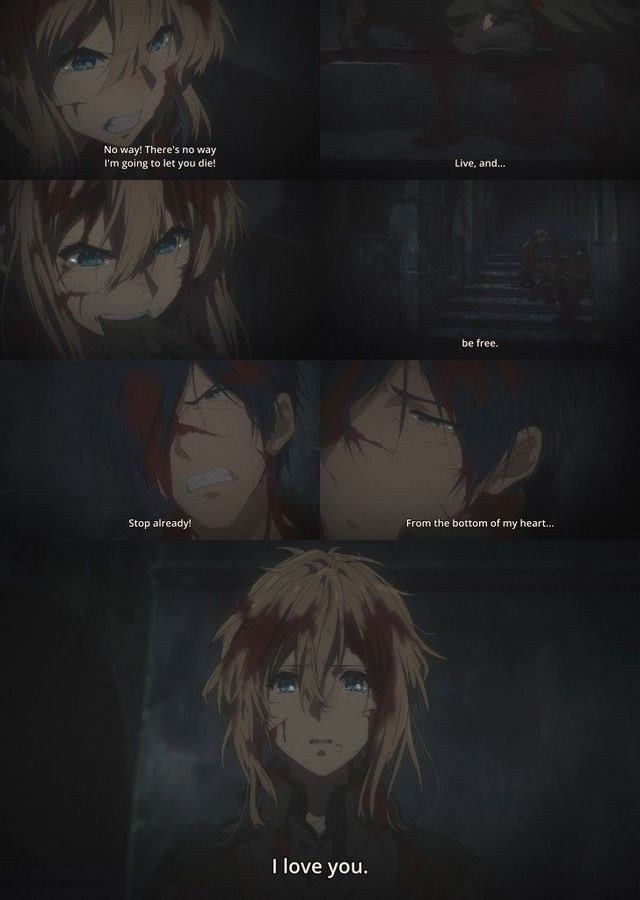 Sadly, we don’t see Major Gilbert in the finale episode as he probably has been killed in the battle. But, we see a mysterious client at the end, and many otakus believe it might be Gilbert looking at Violet’s reaction. So, the question remains unanswered that is Gilbert alive or not?

We cannot find the answer without first analyzing the central theme of the first season. The first season was about Violet’s journey of being independent and overcoming her sadness at Gilbert’s loss. Throughout season 1, Violet has not given up on the hope that Gilbert is not dead, but it’s at the end of the season that she realizes that she loves him.

Therefore, now that Violet has finally understood the meaning of those words, the central theme of Violet Evergarden Season 2 will probably be her reunion with Gilbert.

Although the anime hasn’t revealed anything about Major Gilbert’s death, those who’ve read Volume 2 of the light novels know that Gilbert is alive and ultimately reunites with Violet.

He faked his death out of his love for Violet as he wanted her to find her path independently rather than following what her superiors say. Gilbert wanted to reunite with Violet only when she’s capable of accepting his love for her.

Violet Evergarden has everything you want to enjoy, from exciting narratives to appealing visuals. The anime is filled with emotional moments. These features help us to connect with the characters. Let’s get to know the major characters of Violet Evergarden! 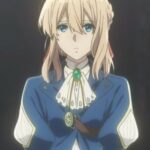 The first volume of the novel series explains that none knows about Violet’s origins. Dietfried found her on the island, but there is no sign of where she is from or how she reached there. She doesn’t have any memories before she met Dietfried.

Dietfried brought her home and gave her to his brother Gilbert in the army to reward his promotion as major since he did not want to handle Violet himself. Trying to protect Gilbert on the battlefield, she lost both her arms.

With the war over, high-tech metallic prosthetics replaced her arms, and she decided to become an Auto Memory Doll to get the meaning of the words “I love you”- Gilbert’s final words before he became unconscious in the war. 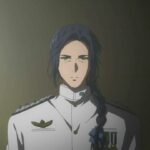 Gilbert is a major in the Leidenschaftlich Army. Although he admires Violet much more than anything else, he never revealed his feelings for Violet because of being a soldier; he cannot let his feelings overcome his duty. It is his last words to Violet—”I love you”—that drove her to move forward in life as an Auto Memory Doll.

As Gilbert wanted Violet to live a life like a common girl, he told Claudia to declare that he was missing from the field and reported dead. However, he recovered from his bruises and lived in a rural area before reappearing in front of Violet after several years. 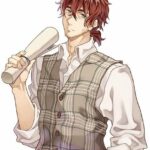 Claudia is an ex-army commander and the president of the CH Postal Company. He was a close friend of Gilbert while they both were in the army. He tries to help Violet move towards her new life to release his guilt from Violet’s treatment in the military.

Considering all the speculations given here, we can at least hope that Violet Evergarden season 2 will arrive because this anime has managed to draw a wide range of followers not just in Japan but all over the world.

We hope you would have enjoyed reading it. Stay tuned for the latest news about your favorite anime and tv series!