If you are into rom-com anime, Tsurezure Children is the one for you! It is one of the most popular anime in the same. The viewers loved the debut season of this anime and have been waiting for a sequel for a long time. Here’s everything you need to know about Tsurezure Children season 2!

Tsurezure Children is a Japanese anime that is very popular all over the world. It started as a well-known manga series by Toshiya Wakabayashi in 2012. Because of its excellent performance, it was later serialized in Kodansha’s shōnen magazine in 2014.

The series reached many more people after that, and supporters started to ask for an anime adaptation. Therefore, Studio Gokumi chose it for adaptation. This excellent anime arrived with its first season on 4 July 2017. 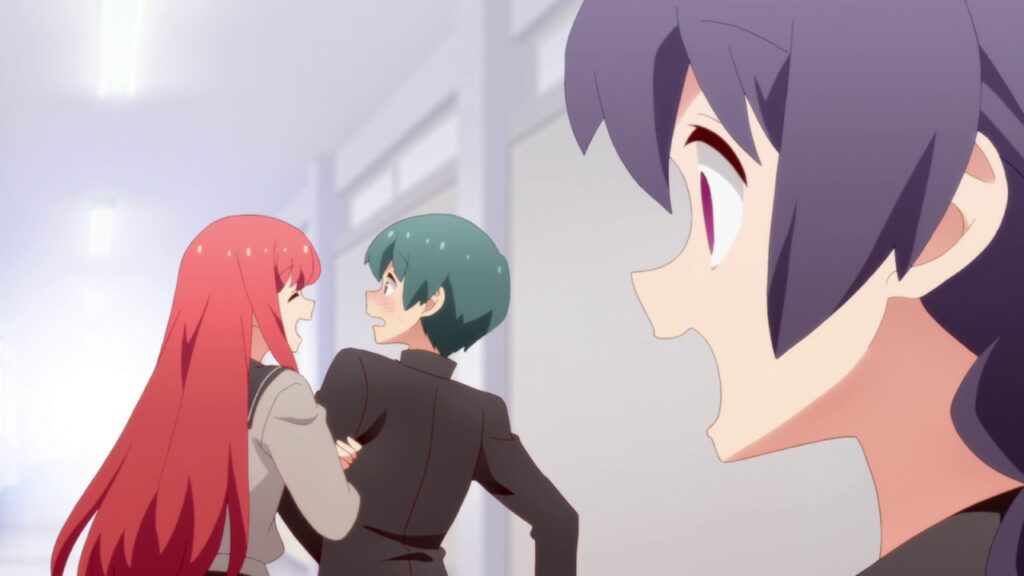 Tsurezure Children beautifully portrays how love and romantic relations do not have to have a sorted and positive ending, as sometimes they might end without any conclusion at all.

Adults also enjoy this anime in the same way as teens do. It takes you back in the memory lane of school days, where everyone has their first experience of friendship and love. The anime creates a beautiful storyline with its vibrant cast, portraiting different characteristics of people.

The show explores the complexity of emotion in relationships by describing that a romantic story may not reach its destination in the end. But despite all the heavy feelings and drama in the relationships, the anime is very cheerful.

The humor evolves naturally and in the most subtle ways. It doesn’t seem any comic scenes in the anime as a forceful entry in the story.

The more you watch this show, the more you understand how well the graphics and art fit best with all ideas proffered. Overall, this is a must-watch anime for anyone who appreciates watching rom-com programs of any kind.

The narrative of the show focuses on the lives of many high-school duos and examines in all the unusual ways their love for each other flourishes. Each love story is unique and holds its own sets of conflicts and happiness. 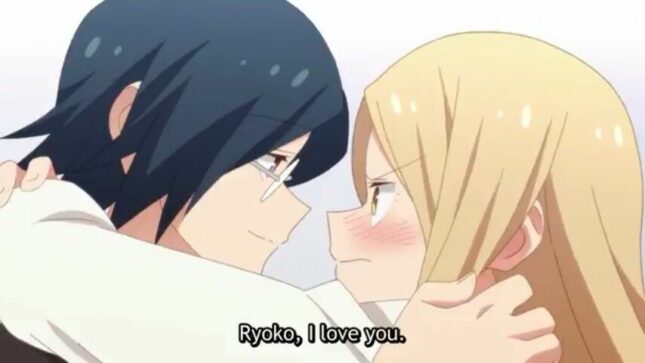 The anime examines how each of these pair overcome all of their disagreements and differences to make it work with the ones they admire. It also takes you on an adventure of how you might have thought about your first love and how it may have been very different from genuine love.

It is like a surge of emotions that explores all the phases that a romantic story can have instead of entirely relying on the usual lovey-dovey stuff that most other programs define these days.

Tsurezure Children is one of the most successful manga of all time, and the followers are obsessed with it, and those who read manga somewhere dreamed desperately for it to get adapted into an anime series.

Knowing that the manga has 140 chapters to use, some fans were concerned about how it would justify the manga. But ever since the first episode came out, we feel that the anime has wholly justified the manga.

Even if it has only 12 episodes, not even once did we feel that the pace of the narrative was off the track. It succeeds in producing the perfect blend of excitement, drama, romance, and a whole lot of reality, which makes it the best in this category. 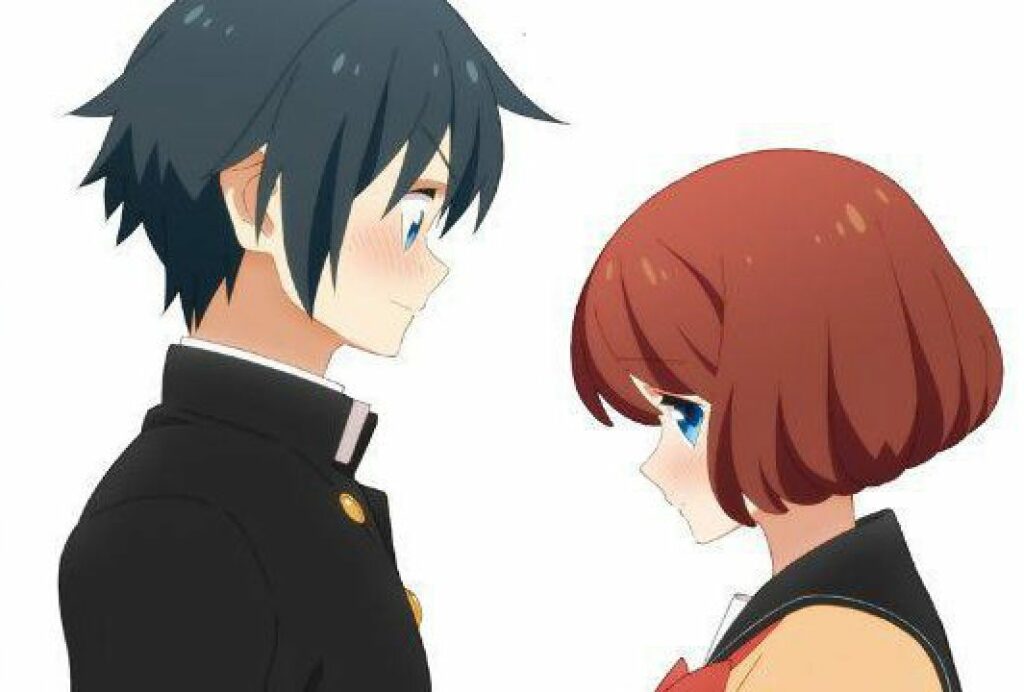 On MyAnimeList, the anime has gained 7.84 ratings, which indicates that the viewers loved the anime as they loved the manga series.

The first season of the show arrived in September 2017. It’s been almost three years, and we haven’t heard a word from the producers about the sequel. Some fans are worried about what if season 2 doesn’t happen? Let’s try to find out the answer in the following segment!

Will There Be Tsurezure Children Season 2?

Despite being highly popular amongst fans, season 2 of Tsurezure Children hasn’t got a release date.

The final episode of season 1 concluded on a cliffhanger to keep everyone in the loop. Besides, the makers of the series are still confident about their work. None of the companies linked to the anime production has denied the idea of Tsurezure Children Season 2. 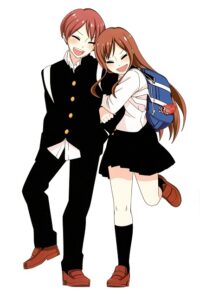 Also, unlike most US television programs, some anime usually take long breaks between seasons. In fact, anime series like One Punch Man and Log Horizon has returned after four to five years. So, it’s very common if Studio Gokumi takes a while to make an official announcement.

Many fans wonder if the makers have enough source material to use. The manga series has twelve volumes. The first season of the show used the first five volumes (81 chapters). So, the producers still have sufficient source material left to utilize in the sequel.

The whole anime industry struggles with the coronavirus pandemic in 2020, but recently, many projects are receiving greenlit to resume their production.

Even if the show doesn’t return with season 2, the good news for you is that the English translation of the manga series is over, so English-only readers can read the book and complete the story.

We recommend you to start reading from the opening scene as the anime has skipped the stories of some couples.

Who Are The Characters?

The manga describes over 48 characters and about 24 pairs. But, since the anime adaption has only 12 episodes, it has been limited to depict only a few couples and eliminate the remaining ones. 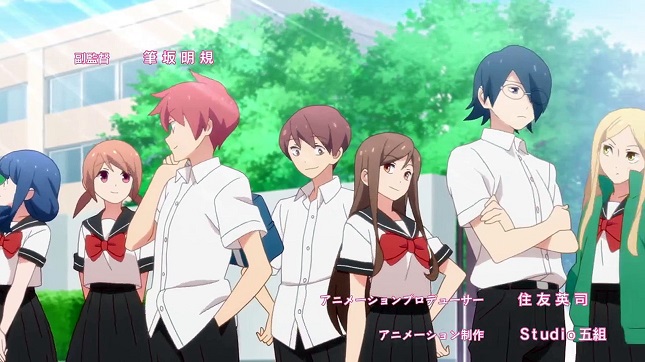 All in all, the anime promises complex, somehow connected, and exciting combinations of love stories that are sure to take you into the simplistic and innocent years of young love.

What To Expect From Tsurezure Children Season 2?

There are possibilities that season 2 might take a different route and start with a new set of stories. It may feature some new faces. The anime adaptation left out several exciting characters from the initial manga volumes. 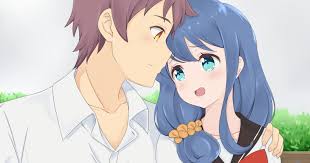 They held much importance to the narrative of the whole series. Additionally, these vivid characters also helped the first season, being a successful season.

However, we see very few characters in the anime compared to the manga. So, there are speculations that season 2 might focus on the ones that were missed out in season 1.

As of the latest update, Studio Gokumi, Kodansha, or any firm related to the anime has not officially approved Tsurezure Children Season 2. If we take a guess, the Tsurezure Children season 2 release date could be around mid-2021.

Unfortunately, otakus will have to wait for the Tsurezure Children Season 2 release date to meet the new couples. Let’s just hope the wait isn’t forever!