If you’re a Youjo Senki follower, you might wonder when Youjo Senki season 2 is arriving. Read the following article to get every little detail about the anime.

After an exciting season 1 of Youjo Senki, the fans are anxiously waiting to get the latest updates about season 2.

Youjo Senki is a perfect combination of the isekai and military genres with an evil and entertaining protagonist. The viewers found this anime interesting (with deep meaning), energetic, and unpredictable.

Before we get started, let us look back at what this anime is all about!

Youjo Senki – The Saga of Tanya, the Evil

The writer of Youjo Senki is Carlo Zen. It is illustrated in the manga by Shinobu Shinotsuki. They published the volumes in 2013. 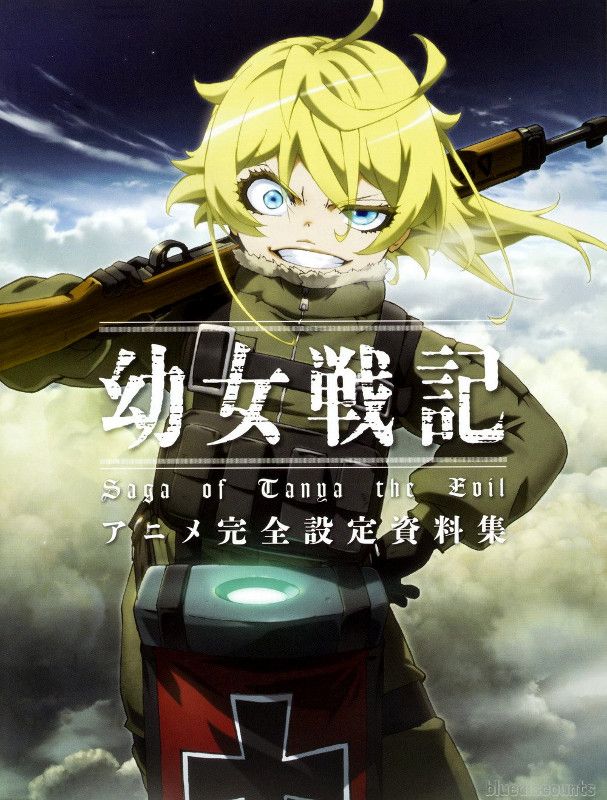 Many people would be familiar with the popular anime ‘Overlord’ and how it utilizes its protagonists as the evil guys. ‘Youjo Senki’ uses a similar idea. It uses its lead protagonist as the villain of the show in the most remarkable ways.

The Nut Studio used the anime from the novel. The viewers believe that “Youjo Senki” suits best as a classic example of adapting an anime show.

The latest volume was published on 12 January 2018 in Japan. So, while new movies and new episodes are being made for the manga series, there is a big chance that the fans will get to see Youjo Senki season 2.

The Narrative of Youjo Senki

In a spin-off variant of the European world war, she is reborn as a beautiful shy girl with the same morals. The Mages Troup hires her. Very soon, they promote her to the rank of Second Lieutenant.

This just 9-year-old girl proves to be a valuable asset for the nation with her excellent fighting tactics and brutality in her mass-killing operations and missions.

Her name is not like that of a great fighter’s ideal image. But it is instead of a cold and skeptical business-minded spirit. 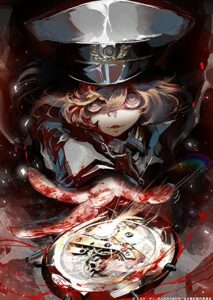 There are a few possibilities that inside a timid little girl’s body, there is still the caliber of the toughest and roughest man.

The man had also confronted the Being X. He is a self-proclaimed God, for a fight questioning the limits of their individual minds.

Hence, as a consequence, the man is magically reborn as a little girl of fearsome battle skills and tactics. She is a focused and strong-minded warrior. She wants to step-up the positional ranks in the military of the nation, which is on the edge of gradually submerging into the war altogether.

On her plan to coming back to the old peaceful life she once had, there stands the only soul like a barrier in her way, the one and only ‘Being X.’

Though she did not want to, ultimately, her strong forces and actions have driven the dignified country into reaching the position of one of the greatest empires ever in the world, whether it comes to the present or past.

The first season earned good fame from the viewers when it got telecasted on 6 January 2017, ended up on 31 March 2017.

The first episode of the season is just a pretty mash that leaves you all confused in the best feasible ways. But it gets much better in the second episode when things start to make sense. 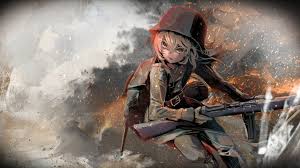 When you think of the basic premise of the anime, indeed, a lot of credit for its genius goes to Carlo Zen, the author of the light novel. But also, the struggles put in by the producers to pull off such a complicated storyline is highly commendable.

Another thing that’s very splendid about the narrative is that it sticks to a particular theme and not even once seeks to stray away from it.

Youjo Senki manages to keep a very serious tone that helps the entire war-centric theme. It’s the deaths, courage, and the horrifying truths of war that actually make the structure of this anime stand different from others.

Will There Be Youjo Senki Season 2?

The Youjo Senki anime got a re-run telecast in Japan. Their official Twitter page declared there would be an “ultra-important announcement” on the early morning of 9 January 2018.

Some followers believed the announcement was about the second season or maybe even a live-action film. But it turned out to be the official statement of the film sequel along with a teaser trailer.

Studio NuT initially had no plans to produce the Saga Of Tanya The Evil film. But the followers of the show wanted the project to run.

So, do not be too upset if Saga Of Tanya The Evil Season 2 is advertised if the film is also a commercial success. 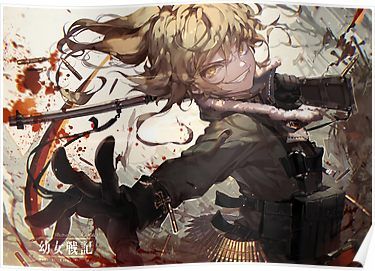 Some enthusiasts have linked Youjo Senki: Saga Of Tanya The Evil to Overlord since both legends highlight a villain as the main protagonist.

Overlord had a second season, and it’s believed the same might happen for Youjo Senki. If you follow the cash, Saga Of Tanya The Evil Season 2 does seem a fair chance.

Sometimes, a series can take time to get declared, as the anime adaptation did catch up with the reference material. One Punch Man Season 3 is an outstanding example of a sequence that will take a while because of the same reason.

Almost all the amines depend upon reliable source material from a manga or a set of light novels. In this instance, Saga Of Tanya The Evil episode 12 of the series matches with Chapter 5 of Youjo Senki Volume 3.

The name of the volume of a light novel is “The Finest Hour.” The great news for anime-only viewers is that the schedule of the writer Carlo Zen has been quite hectic. He is busy producing a lot of reference material for the second season of Youjo Senki.

You can find many exciting things in this section that will urge you to add this anime to your list and wait for the sequel. This surprise can be about a fight that would happen between two opposing people when it comes to belief.

It might be feasible to see a conflict between Mary Sioux and Tanya Degurechaff. The impact of Tanya’s action might reflect in Mary’s life as she lost all her loved ones during the battle.

In terms of faiths, they both represent different temperaments. You can consider Tanya as an atheist character who doesn’t believe in the presence of God. On the other hand, Mary is regarded as contrary as she believes in the existence of God.

God represents a significant role in the show, which points at making Tanya understand or accept God. It might get done by making Tanya stand in two different circumstances where she has to show her belief. In the end, it is possible that Tanya might challenge God directly.

As for the release time for the 2nd season, it looks like the fans have to wait till January 2021 as the production house is busy with the other projects.

Moreover, Youjo Senki: The Saga of Tanya Season 2 might not happen this year because of the movie which was released this winter. So, the fans are waiting for the official statement from the production house in the upcoming year.

As we said earlier, only four light novels got adopted so far for the anime series and movie. This means that eight volumes are still left to get utilized for more sequels. That should be sufficient for at least two seasons.

The viewers just have to wait till the producers make any official announcement. Let’s hope 2021 brings good news for Youjo Senki fans!

Want to get the latest updates about your favorite animes? Click Here!